A meditation with the Zen barista

What is it about coffee that rouses the sleeping giant within? Is the aroma from the freshly roasted beans, at just the right temperature? Or the careful selection of the finest blends, with just the right mixture of flora and spice? How do they extract every ounce of goodness, with just enough water to tease out its taste, and just enough cream to give it texture and satisfaction?

Mahou Coffee prides itself on slow dripped coffee and espresso. Its self-appointed “drippist”, Akio Yamazaki and his team of roasters have created a space for true coffee connoisseurs, refining and perfecting their craft since 2011. You wonder if Akio had the Trappist monks in mind when he created the word “drippist”; such is his almost religious devotion to this liquid gold, not unlike that of Trappist beer. In a pensive moment, he actually describes himself as a freestyle musician, with the drip hour glass and espresso machines as instruments. At the same time, his roasters have a philosophy that is based on two words, respect and separation. He respects the tradition of coffee making, while breaking away from what is no longer relevant. At the same time, he does not merely adapt for modernity’s sake, but only when it is clearly more suitable for the taste that he is trying to curate. For example, he is known to adjust his blend and roasting style depending on the seasons, one of respect for the tropical humidity of Okinawa, as well as the various backgrounds of visitors at his café, including those who from different culinary traditions.

It is no accident that he chose Okinawa to be the home of his first coffee house. Situated in the sub-tropical southern islands of Japan, the archipelago is home to a number of coffee plantations, including sango, a play on the homonyms “coral” and “35” in Japanese.

My cappuccino here was just right, with a smooth texture and not on the sour side. It was the perfect complement to the handmade chocolate cream cheese cake was not too sweet, with a rich and creamy texture. Both were which were sensitive to the delicate Japanese palate, one that is more about letting natural ingredients sing, rather than covering it with spices and heavy sauces. Other lovingly handmade desserts include the sugar cane rare cheese mousse, and the honey custard baked pudding, both making the most of local ingredients.

Here is the anti-thesis of your franchised coffee store. Every detail is carefully considered, from the owner’s selection of cakes, curios and novellas, to the small counters and tables for four that invite intimacy and contemplation. The rows of second hand Japanese novels and English books sitting neatly on the rich brown shelves and the old antique clock really slows you down to a tranquil moment that is truly me time. As a matter of fact, the discreet sign at the door requests to leave behind everything that takes away from contemplation and communion, from cell phones and laptops, to computer games and cigarettes. Even children under 12 are to be left behind, though thankfully, the nearby markets and pottery streets are more than a worthy detour. It is like taking coffee drinking to the heights of the tea ceremony, a truly Zen moment of meditation. This may sound restrictive, but recalls the old days when the purists build tea houses with doors so short that guests had to kneel to come in, to literally humble yourself when you enter this sacred space. Even the samurai had to leave their swords at the door.

This retro coffee house is located just one street west of Heiwa dori, while literally means Peace Street, is surprisingly filled with throngs of animated tourists and locals on the way to the famed Makishi markets. Ironically, the owners moved here to get more foot traffic, yet there is little passing traffic on this alleyway despite its proximity. It is really a place where passionate locals and those in the know that come here.

With the recent gentrification of the nearby area, there are also some antiques and children's bookshops nearby, however they are interspersed with those of the Shitamachi or “working man” type so you have to keep your eyes open and do a bit of walking to find this gem. 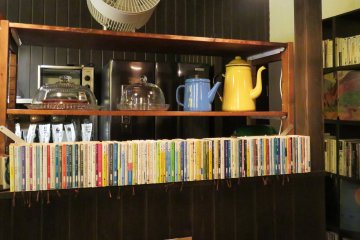 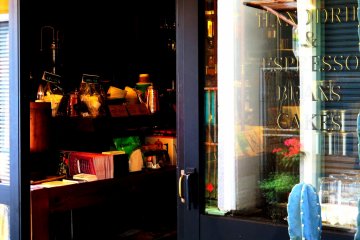 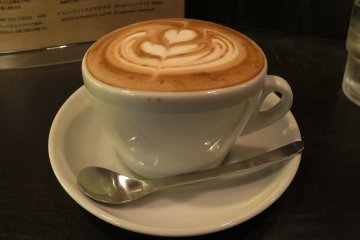 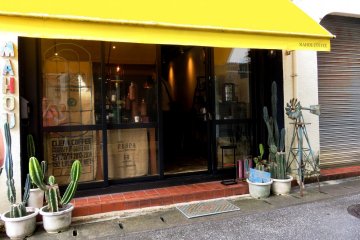