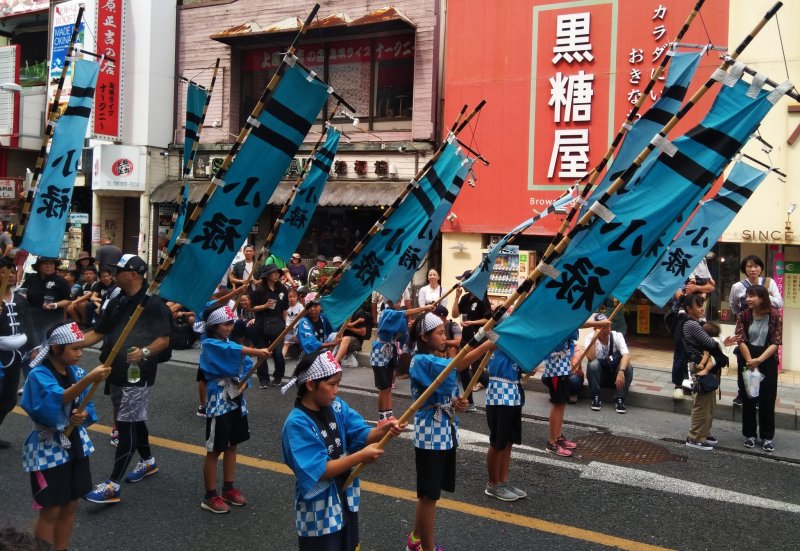 Every October, Naha hosts a rope pulling event. Over the course of the preceding year, two 100-meter long ropes are threaded. On the day of the festival, the two sections are laid down in the street, end-to-end. Each represent opposing armies or rival kingdoms in a battle between East and West, mimicking ancient times.

In the morning, Kokkusai Doori hosts a parade, with karate demonstrations, drums, and firecrackers. In the afternoon, the action moves to route 58. The flags from the parade are lined up. People dressed like Ryukyu kings face each other, wielding naginata swords from atop each section of the rope. Then the two ropes are connected, and the challenge begins.

Each team tries to pull the rope their way for 30 minutes, or until the rope is moved by a pre-defined distance. It does not matter which side wins – everyone is welcome to celebrate, climb on the rope for dances, celebratory photos.

Sections of the rope are then cut off and passed around, to whoever wants a unique and memorable souvenir.