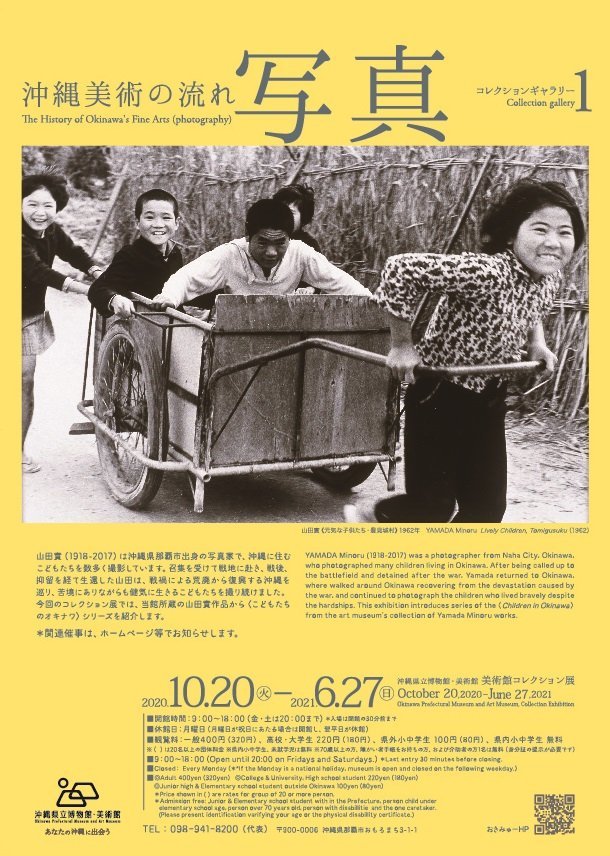 The History of Okinawa's Fine Arts

A special exhibition at the Okinawa Prefectural Museum

A special exhibition at the Okinawa Prefectural Museum and Art Museum looks at the history of Okinawa's fine arts, and the event will comprise of two sections. The first section looks at photography from Minoru Yamada (1918-2017), who was a photographer from Naha. Yamada often captured photos of children in everyday life situations, including the hardships that Okinawan children faced after the war. The second section introduces around 30 pieces from the museum's collection by variety of artists, under the theme "Scenes from Childhood". Some of the works capture the world of adults as seen by children, and others capture the world of children as seen by adults.

Admission to the special exhibition is priced at 400 yen.

The Okinawa Prefectural Museum & Art Museum is located around 10 minutes on foot from Omoromachi Station, served by the Okinawa Urban Monorail (Yui Rail).

Buses are also available to the museum. From Naha Airport, take bus 99 and alight at the Omoromachi 3-Chome bus stop. The museum is around 5 minutes on foot from there.

For those who plan to drive, free parking is available on-site.