The three kings of the Ryukyu Islands

In the fourteenth and fifteenth centuries an ancient people built a fortification, with large stones high above the sea, one that was largely hidden to the world. Halfway across the world on the other side of the Pacific, another ancient people also built a stone fort.

Where are these places, so far from each other, yet shrouded in mystery? Machu Pichu and Nakijin. Both lie in ruins, but remain a testament to the ingenuity of their cultures. Even today, there are archaeological digs underway, which are uncovering the previously hidden stories of an ancient people’s everyday practices, culture and spiritual beliefs. For example, a dig in the 2007 to 2009 discovered a square fire pit, complete with remains of carbonized rice and wheat seeds. More recently, four Roman coins were found by archaeologists in nearby Katsuren Castle, which was not entirely surprising given Naha was a port on the Maritime Silk Road that traded with China, Siam and points further west. Nevertheless, we still don't know who constructed Nakijin, though the excavations show that it was started in the 13th century. The fact that it took over a hundred years to complete meant that the generation who started it did not see it finished, but it was of such monumental importance that the next generations took over the construction as their life work.

Nakijin was revered as a place of royalty. Of course, some of you have heard of the three wise kings of the bible. But have you heard of the three kings of the Ryukyu kingdom? In the 14th century there were three kings on this island, with the Hokuzan or the Northern mountain kingdom being ruled by Min, while Hanjii and Hananchi ruled the other two kingdoms. The central kingdom based in Shuri had wanted to take over the north, and taking advantage of an internal revolt, took over Nakijin in 1416.

The King of Shuri then had other matters to worry about. Like many medieval stories, he gave his daughter to Amawari, the king of Katsuren castle, on the far east peninsula, as a way of keeping him in check. Amawari grew in popularity, which worried the King of Shuri.

The King of Shuri then placed Lord Gosamaru in the central Nakagusuku Castle to watch Amawari in Katsuren Castle, however the tables were turned. Amawari, the lord of Katsuren convinced the King of Shuri that it was Gosamaru who could not be trusted, and got backing to destroy him. Later, Amawari tried to take over the whole kingdom. Some say that it was the King’s daughter who warned him in time.

Interestingly enough, a far more fierce battle in 1945 left Nakijin unscathed in the Battle of Okinawa, but Nakijin's golden age had long gone by then. 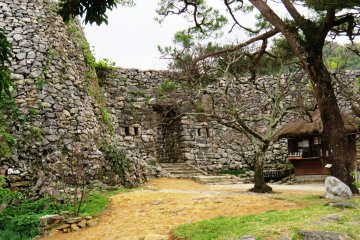 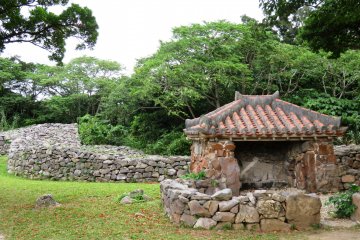 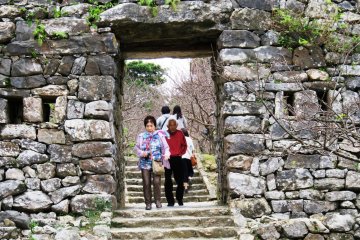 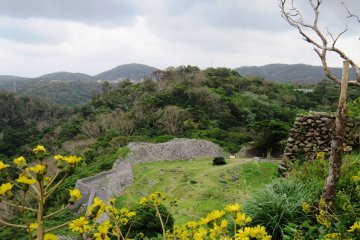 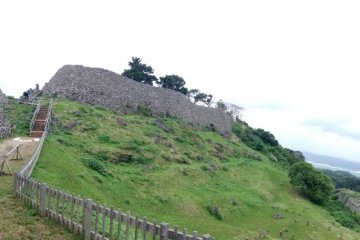