A Guide to Osaka's Shotengai

Discovering the best marketplaces in Osaka

Most foreigners traveling throughout Japan marvel that something like a Shotengai can exist. For those not up to date with Japanese lingo, a Shotengai is more or less a single street market covered by glass roofing. What makes these streets so remarkable is that they often stretch on for miles and sell everything from fresh fruit to new bicycle parts. Visiting one of these "market highways" is essential for any tourist in Japan, however choosing which one to go to can present a dilemma in itself.

The following is a guide to Osaka's two most famous Shotengai.

As far as Shotengai go, this is the crème de le creme. Tenjinbashisuji is the world's longest covered arcade stretching an amazing 2.6km. For those wanting nothing more than a brief stroll through a Japanese icon, Tenjinbashisuji is the place to go. However, don’t expect it to be devoid of tourists or necessarily cheap for Osaka's standards; this is the place where travelers seem to converge.

Unlike other markets around Japan, Tenjinbashisuji doesn’t have a particular commercial focus or specialty. The marketplace is crammed full of vendors offering a variety of products from common groceries to high-end fashion.

For those with limited time in Osaka or for the particularly foodie-orientated traveler, Tenjinbashisuji offers the perfect place to sample Osaka's two main culinary delights; Takoyaki (fried octopus balls) and Okonomiyaki (savory style pancake). Both items are widely sold throughout the complex.

Much lesser known but a more famed older brother, Karahori marketplace is more suitable for those with a longer stay in Osaka. Stretching only 600m, Karahori is far less aesthetically pleasing than the Tenjinbashisuji edition, however, prices are significantly lower for essentially the same goods.

However what makes the Karahori distinct so unique, are the array of traditional Japanese houses that have been transformed into trendy cafes and small restaurants.

At the bottom of the marketplace also exists a Supermarket Tamade. The supermarket chain, native to Osaka could probably command an article to itself; however, in short, it offers just about the cheapest food anywhere in Japan.

With its neon flashing lights and eccentric music, Tamade is stuck somewhere between being a pachinko and a Japanese wholesaler. Supermarket Tamade is something so unique to Japanese culture that even a walk through is a worthwhile experience.

However, after visiting the grizzly Meguro Parasite Museum (LINK) and learning of the countless ways in which parasites can enter your body through uncooked food, I would suggest refraining from the sashimi and sushi sections!

How to get there: 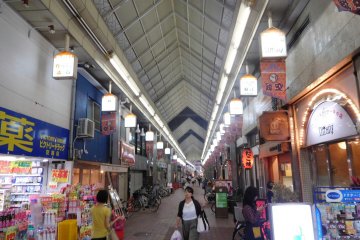 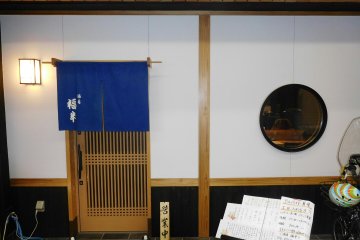 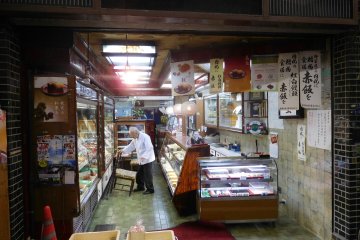 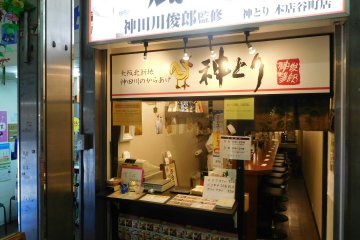 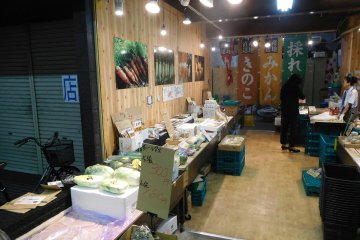 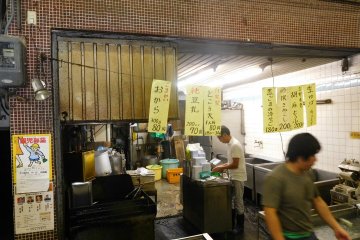 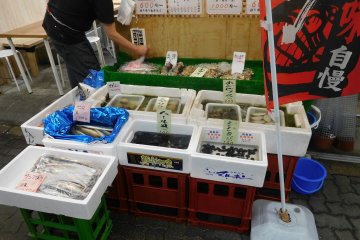 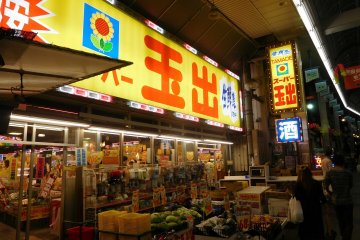