In 1955, the first cinematic kaiju battle took place in Godzilla Raids Again (a.k.a. Gigantis the Fire Monster and Gojira no gyakushu "Godzilla's Counterattack") between Godzilla and Angilas (Anguirus). To capitalize on the success of Godzilla (1954), this sequel was rushed out to the theaters on April 24, 1955.

The main battle between Godzilla and Angilas took place in the city of Osaka and concluded with a fatal bite to Angilas's throat atop the ruins of the just-destroyed Osaka Castle (Osaka-jo). Angilas is finished off by Godzilla's radioactive breath after falling into the Okawa River that flows next to the castle.

The Toho Studios craftsmen faithfully recreated the castle in miniature. Although that miniature was destroyed during the battle, the real Osaka Castle still stands today as a tourist attraction. On its 8th-floor observation level, one can get excellent panoramic views of the the city, including Osaka Business Park with its Twin 21 towers that were attacked by Godzilla in Godzilla vs. Biollante (1989).

Construction on Osaka Castle started in 1583 on the former site of the Ishiyama Honganji Temple, which had been destroyed by Oda Nobunaga thirteen years previously. Toyotomi Hideyoshi intended the castle to become the center of a new, unified Japan under Toyotomi rule.

However, several years after Hideyoshi's death in 1615, Tokugawa troops attacked, destroying the structure and terminating the Toyotomi lineage. Osaka Castle was then rebuilt by Tokugawa Hidetada in the 1620s. However, the main tower was fated to be struck by lightning and burnt down in 1665.

In 1931, the present ferro-concrete reconstruction was built. Bombing raids in 1945 caused extensive damage, and the castle was given an extensive renovation in 1995-1997.

Osaka-jo now houses a museum that documents Toyotomi Hideyoshi's life and the history of the castle. It contains many interactive exhibits for visitors, as well as a time capsule that was buried during Expo '70.

Osaka Castle is open daily from 9am to 5pm (with last visitors admitted at 4:30pm). It is closed from December 28 through January 1. Extended hours are available during periods in spring and summer.

Find out more about Osaka Castle. 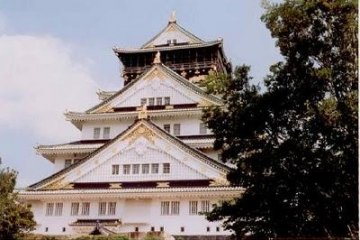 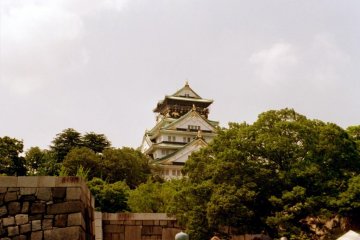 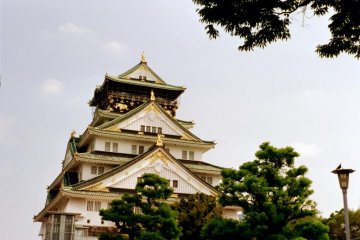