Despicable Me! fans can rejoice as Universal Studios Japan unveiled yet another wonderful theme-park in April 2017, Minions Mayhem, as one of their latest additions. This yellow extravaganza includes a 3-D ride, minion-themed food bazaar and a merchandise marketplace.

Escape the chaotic mess that these little yellow masses have created through their usual antics.

Divided into two sides, east and west, the east side has the Delicious Me! factory where minion-inspired mouth-watering confectionaries are baked. Some of these sweet delights consist of banana and fruits ice-shaving, tiramisu, and an original creation -- the minion cookie sandwich. Photo-taking with these goofy yellow capsules is also available in the east building.

The west side houses several grand architectures that form the marketplace, namely Fun Store, Minions Pop Store, and Sweet Surrender. Each store hides a pleasant surprise for park-goers to uncover. An attraction within the attraction, the park also hosts intermittent street shows where universally adored minions parade through the park!

With all the new and exhilarating attractions at Universal Studio Japan, along with Cool Japan 2017 concept, the park has indefinitely just got a lot more interesting. 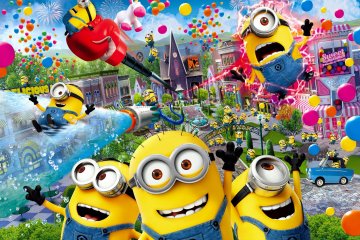 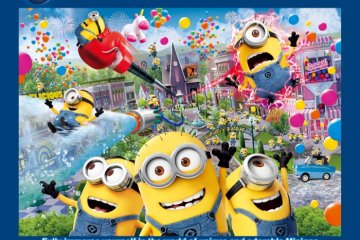