Given a place on the UNESCO World Heritage List in July 2019, the Mozu-Furuichi tombs in Osaka offer a unique perspective into the life and culture of the Kofun period (3rd to 6th century CE).

These two tumuli cluster sites are made up of forty-nine tombs, known as kofun in Japanese, in Osaka Prefecture. From the air, the kofun—located on a plateau above the Osaka plain—is a sprawling expanse of lush trees around a moat, and a decidedly keyhole-shaped island at its center. These keyhole-shaped kofun (zenpō-kōen-fun) are unique to ancient Japan; and the word kofun is the origin of the name of the Kofun period.

Within the Mozu-Furuichi complexes there are also round and rectangular tombs as well; although the keyhole mounds are the most famed. Almost three kilometers in circumference, the Daisenryo Kofun is the largest in Japan and believed to be the tomb of Emperor Nintoku—although this fact has not been accurately confirmed; it is the main kofun of the Mozu cluster. This main kofun measures 486 meters long, and when the moat and fortification are included that becomes a whopping 840 meters. The Furuichi kofun cluster is located a short distance from the Mozu kofun, only ten kilometers; the Ōjin-tennō-ryō Kofun is said to be the second-largest kofun in Japan and measures 425 meters in length.

Within the tombs—along with the people buried in the funeral chamber—are historical iron artifacts, such as, weapons, arrowheads, swords, hoe and spade tips; gilded bronze horse tacks and sash buckles are also among the most commonly excavated items. One of the most unusual—and still highly speculated—items found are haniwa (clay cylinder); these terracotta figures were possibly arranged to protect sacred areas. Rather than being hidden deep underground, haniwa mark the open surfaces of the kofun. Each hand-crafted haniwa, often pot or human shaped, was positioned along the outer perimeter as if to outline a special area. Today, the haniwa doll is a popular mascot of the area.

These are the first UNESCO sites in Osaka Prefecture and the twenty-third in Japan overall. It is the hope of the Osaka government that they’ll be able to preserve the traditional and historical sites while also promoting them as tourist attractions. These kofun are a legacy and give visitors a glimpse into the socio-political complex of ancient Japan. The Mozu-Furuichi tumulus clusters also showcase the sophisticated funeral system of a time we can only glimpse into.

Access the Mozu Tombs from Mozu Station on the JR Hanwa Line. It's a 22-minute ride from Tennoji Station to Mozu. Daisen Park is a short walk from the station. 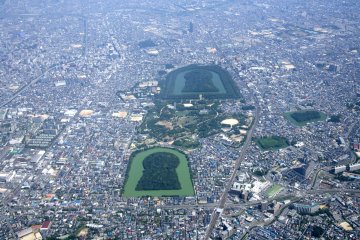 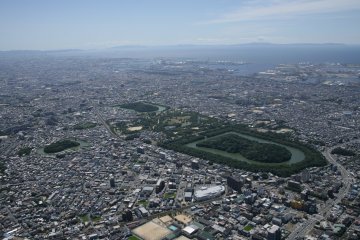 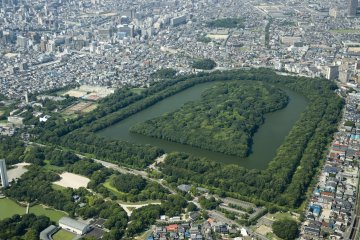