The Undiscovered Japan project is a government-backed initiative that is trying to lure tourists away from the well-trodden path of the Golden Route and instead introduce them to other regions of Japan. With the steadily increasing number of tourists coming to Japan this has the dual benefit of bringing much-needed tourist yen to less-visited parts of the country, as well as easing the strain on some of the overcrowded popular spots.

At the Visit Japan Travel Mart on Friday Undiscovered Japan announced a Top Tour Poll that will run from September until 24th December 2017. Each of the 13 areas that come under the Undiscovered Japan umbrella have submitted a 2 day 1 night tour plan that highlights the unique charm and attractions of their region. Voters are asked to look at the different itineraries on offer and decide which is the most appealing to them. The 3 tours that get the most votes will donate a set of tickets for two people to experience that tour, and if a domestic flight is necessary to reach the tour departure point, Japan Airlines will donate a pair of return flight tickets too. The people that voted for the top three tour will go into a hat for the chance to win the tickets for the tour in which they were most interested.

Have a look at the tours on offer from the 13 regions and cast for vote for a chance to visit one of these fascinating regions of Japan. 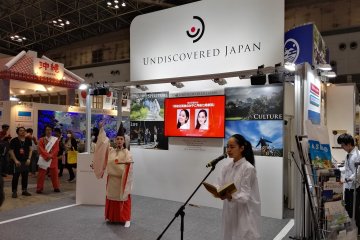 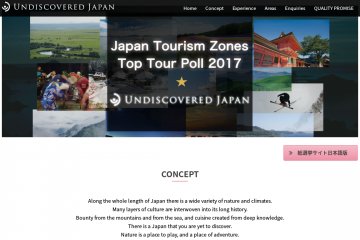