The Mushroom Kingdom in all its splendor (Photo: SakaeKitaura)

Mario's jumping into his own world in Osaka

We are Mario! That’s the hashtag Universal Studios Japan is using to promote its new Super Nintendo World theme park attraction. This will be the tenth land in Osaka's USJ and promises to hold wonders and spark the imagination of all visitors!

The project was announced in 2015 and was slowed due to COVID-19—but things are back on track and the park will be opening soon in all of its splendor! Fans of Mario in particular will be overjoyed at the bright world modeled to look like the familiar 2D scroller and 3D worlds of the Mushroom Kingdom and even Bowser’s Castle.

So, when can you put on your red cap and enter the park? The park is officially opening on March 18, 2021 to coincide with the Tokyo Olympic Games. That means you’ll be able to explore, play, and ride your way through several Nintendo world areas and get up close and personal with some of your favorite characters just in time for Valentine’s Day—what could be more romantic than a Mario and Princess Peach getaway?

Due to the 2nd Covid-19 Osaka lockdown, the opening of Super Nintendo World will be delayed. Dates will be announced later.

In addition to the usual ticket to USJ, guests will be required to book a timed entry ticket (just like those used at the Wizarding World of Harry Potter). Tickets can be reserved at the same time when you buy USJ tickets online or from a travel agency.

These timed tickets will ensure that crowds stay at a manageable size and every visitor can fully enjoy the vibrant world of Nintendo.

The iconic park will be a detailed world reminiscent of Mario’s 3D world complete with the little plumber on the goal pole, piranha plants, and goombas! Guests to the park will be exhilarated by two fantastic rides when the park opens:

Koopa’s Challenge, located inside Bowser’s Castle, is a fully immersive AR rollercoaster based on Mario Kart. Using projection mapping and AR technology inside a Mario-cap-shaped headset, riders will speed along the rails joined by their favorite characters, including Peach, Luigi, and Toad! Pick up items and slow down fellow riders for the win.

The other ride is Yoshi’s Adventures. Look forward to being surrounded by a multitude of Yoshi as you ride your way along this omnimover. You’ll be seeing double—and even triple!

There are also several smaller attractions, such as the Power Up Band Key Challenges. Equip yourself with a powerband and download the official app to battle Bowser Jr. and save Princess Peach.

Be sure to visit USJ’s new Super Nintendo World in Osaka for a true gaming experience unlike any other!

The park can be reached on the JR Sakurajima Line, the nearest station is Universal City Station. 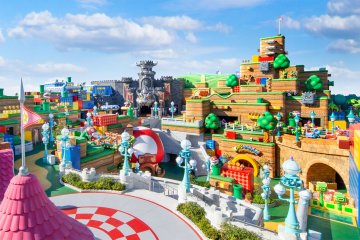 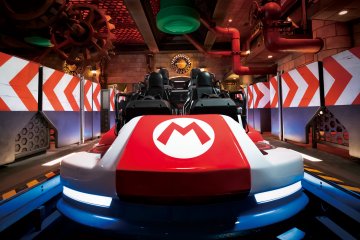 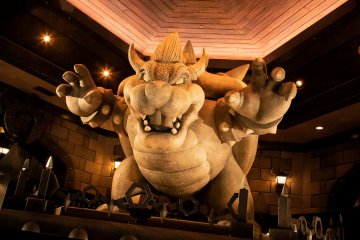 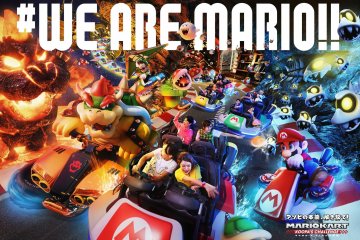 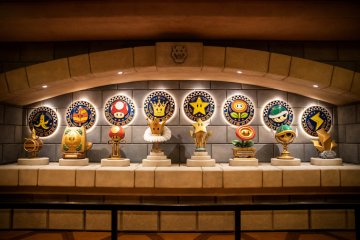