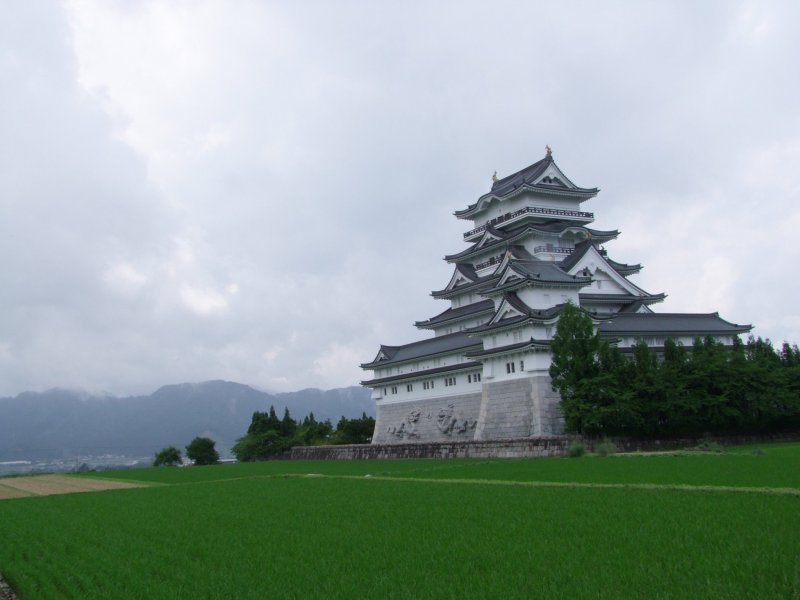 Fukui is home to Japan's tallest castle. Katsuyama Castle, just short of 60 meters in height, is situated very near some other wonderful places to visit in Katsuyama, including

Aerial view of Katsuyama Castle in Fukui, the tallest castle in Japan, standing in the midst of rice fields covered with pure snow in early February.

At a height of 17m the Echizen Daibutsu (越前大仏) is the tallest Buddha statue in a sitting position.

Heisenji Hakusan Shrine is a Shinto shrine in tThe temple of Heisenji was built about 1300 years ago at the entrance to the Echizen pilgrimage path around sacred Mount Hakusan. Heisenji was considered one of the main stations for pilgrims to the summit of Mount Hakusan. Today, however, only a small part of the original route remains. The original Heisenji Temple burned down to its foundation walls around the 16th century and thus it was rebuilt at the beginning of the Edo period. The temple is surrounded by forests and bright green moss, which can take your breath away at the sight as soon as the sunlight penetrates through the tops of the Japanese cedars. The Heisenji is entered via the moss-covered stony steps which are lined with ancient trees, some of which are over 1000 years old. he city of Katsuyama, Fukui Prefecture, Japan. In the former Modern system of ranked Shinto Shrines, it was a prefectural shrine of Fukui Prefecture.

The Fukui Prefectural Dinosaur Museum, located in Katsuyama, Fukui, Japan, is one of the leading dinosaur museums in Asia that is renowned for its exhibits of fossil specimens of dinosaurs and paleontological research. Wikipedia