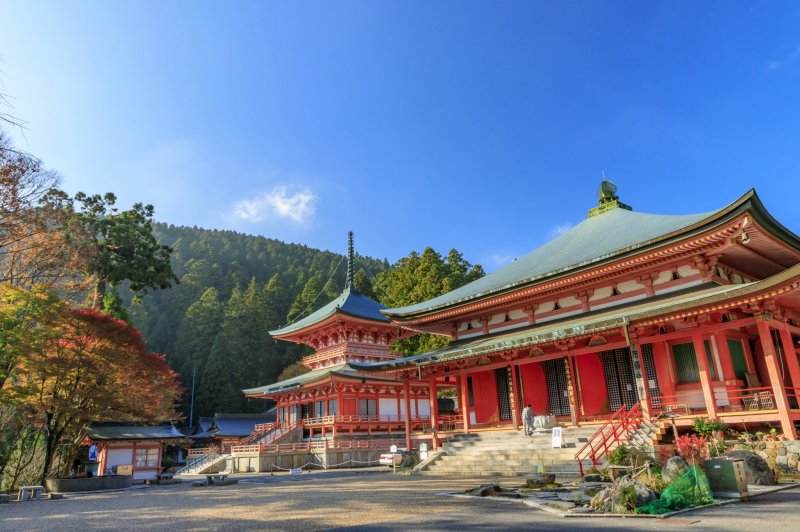 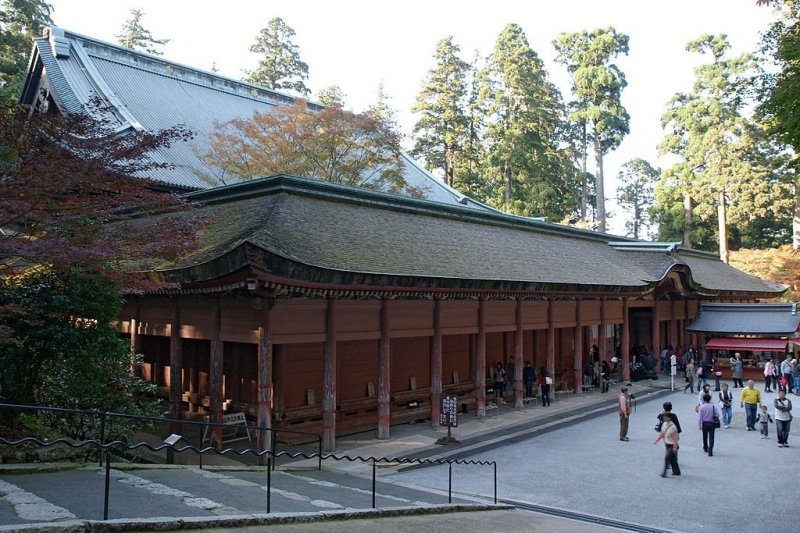 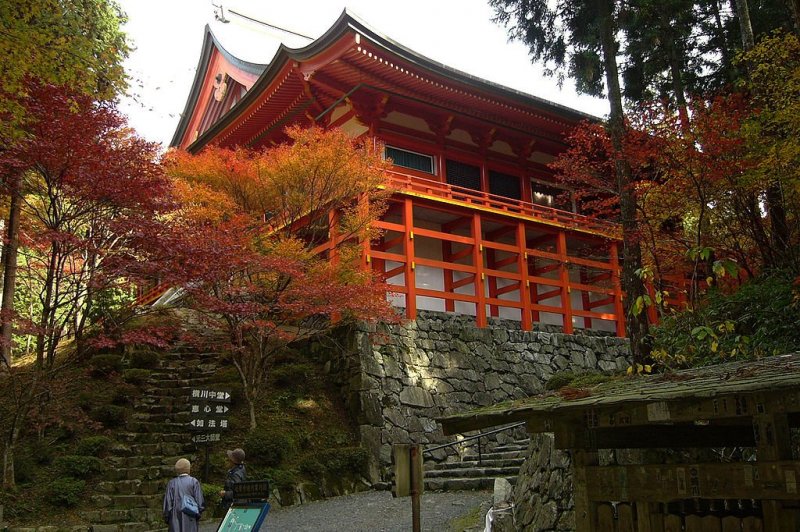 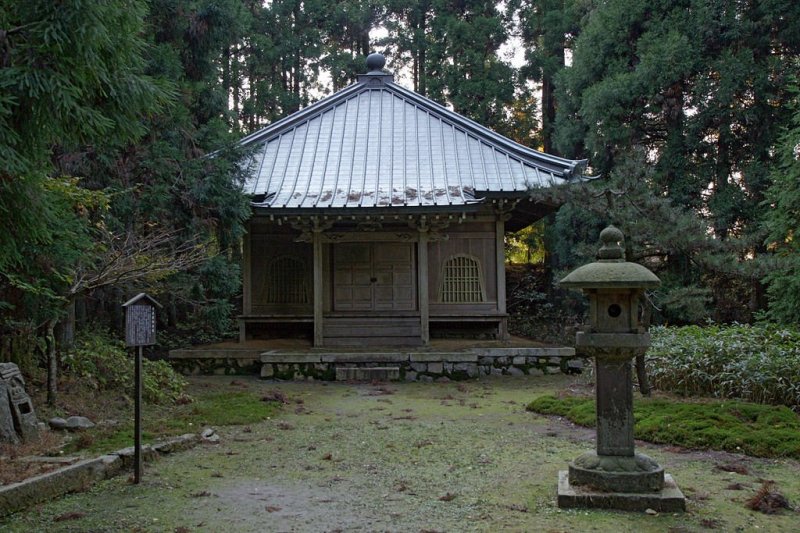 Enryaku-ji Temple, located on Mount Hiei in Otsu, overlooks all of Kyoto from its serene mountaintop. The temple was founded in 788 in the early Heian period by Saicho, who brought the Tendai sect of Buddhism from China to Japan. He is one of the most important monasteries in Japanese history.

The main hall at Enryakuji is undergoing a ten-year program of renovations that began in 2016. The main hall itself can still be entered, though it is largely covered with scaffolding through the renovation project. More >

Note the opening hours vary by location within the temple.

At its peak, the Enryaku-ji Temple had up to 3,000 sub-temples and a powerful army of martial monks, who often got involved in power struggles with other monasteries and political leaders.

Oda Nobunaga attacked, demolished and killed most of Enryakui's buildings in 1571 in order to eliminate all potential rivals and unite the country. Hence, most of today's temple buildings date from the early Edo period when the Enryaku-ji Temple was rebuilt.

This National Treasure is the most important temple on Mount Hiei. There is said to be a Buddhist icon housed here that was carved by the founder himself in 788.

The Lapis Lazuli Hall is the only original sub-temple to escape the military campaign and subsequent fires of Oda Nobunaga. It is a clear example of Muromachi-period architecture.

Although a 4-kilometer walk from the main temple area, the sights of Yokawa’s main building are a beauty to behold. It also serves as a ceremony-closing dedication spot for pilgrims.

Hike to Enryakuji is a great way to see a world heritage site for free.

Hieizan, the home of the awesome Enryakuji, with its immense, luxurious forests, emanates its own sacred and spiritual feeling. With Enryakuji, the two form an amazing entity unto themselves.

It may not attract the huge crowds of other Kyoto temples, but Enryaku-ji is one temple complex you don't want to miss.

Hotel Heian No Mori Kyoto enchants us with a tranquil atmosphere.

For two to four people a vacation rental like Kuramaguchi-An offers a lot more space, freedom and convenience than a hotel at very little extra cost.

Perched on the hills of Higashiyama, relax in this retreat of calm and comfort amongst a beautiful Japanese garden

Emi's cooking class, like the crescendo in a movie soundtrack, takes on a life of its own at the Kyoto Uzuki Cooking Class.

Enkō-ji, is a Zen Buddhist temple located near the Shugakuin Imperial Villa at Sakyō-ku, Ichijo-ji, Kotani-cho, in northeast Kyoto, Japan. It is famous for its fall foliage and Suikinkutsu. [Wikipedia]

Sanzen-in is a Tendai school monzeki temple in Ōhara, Kyoto, Japan. The Heian period triad of Amida Nyorai flanked by attendants is a National Treasure. Sanzenin Temple is the main attraction of the rural town of Ohara, which is located about an hour north of central Kyoto. [Wikipedia]