A Beautiful Place to Visit

The center of Yokohama city, especially the bayside area, is actually one big open-air-museum of splendid architecture. Yokohama Customs, the Kanagawa Prefectural Office, and a lot of other elegant, classic buildings exist here; perhaps the most of its kind in one location in Japan. But if you asked me: “Which building is the best?” I would answer: ”My favorite is the NYK Maritime Museum”.

The giant facade of the museum is 50 meters wide and includes 16 Corinthian orders! Orders are classic huge columns (Greek or Roman) with intricate decorations at the top. The other main order styles are Doric (the Parthenon in Athens, Greece is the most famous) and Ionic. Corinthian orders are most elegant when decorated with acanthus leaves. This building is one of the few architectural structures with Corinthian orders in the entire Tokyo/Yokohama region.

But to tell the truth, this building is not of classic masonry construction. It is actually modern reinforced concrete. It was constructed in 1936 as NYK's (Nippon Yusen Kabushiki Kaisya) Yokohama branch. It is covered by thin stones and looks as if it was built by piling up stone upon stone. However, if you check carefully, you can easily find stone seams in its column. It is amazingly fine technique nonetheless.

The inside of the museum is one big room (with a 6m-high ceiling ) decorated in the art-deco style. It is just gorgeous. The architect was Junsuke Wada, who is not well-known, but I feel that it is time we re-evaluated his work and talent.

The NYK company was established in 1893, and was one of the largest shipping companies in the world and a core company of Mitsubishi group. In the permanent exhibition of the museum, we learn about not only the long history of NYK but also the rise and fall of Japan’s shipping industry itself. The exhibition consists of nine corners; from No1 [History prior to establishment of NYK] to No9 [Its many-sided Business Activities and present state]. No4 [The complete destruction of the company during WWII] is quite moving.

Before the war, NYK had 133 ships plus 89 that were build during the war(totaling 222 ships). But after the war, only 37 ships remained! 185 ships were sunk in the Pacific ocean by American forces. Most of the ships were requisitioned by Japanese forces. NYK lost 5,132 employees.

One of the ships was the Tushima-maru . She sailed from Okinawa island to mainland Japan in 1944 carrying citizens who were trying to escape the coming battle. But she was destroyed by an American submarine on the way. 1,476 people died including 227 school boys and girls. The exhibition never specifically mentions such tragedies, but we can imagine that each of the185 ships had her own hidden stories.

Near the museum (it’s a 10 minute walk) docked in front of Yamashita Park, a real ship, NYK’s Hikawa-Maru, is on exhibit. She was once a liner for the transport of passengers and cargo between Japan and Seattle before WW2. During the war she served as a hospital ship, and fortunately she survived. You will delight in the comforting sea breeze on her deck and can stroll her elegant interior or even engine room. 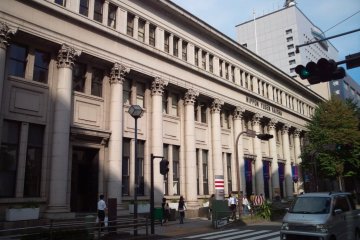 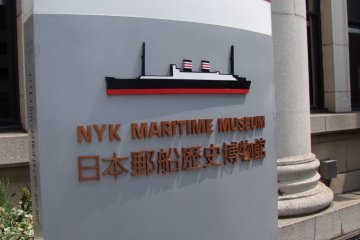 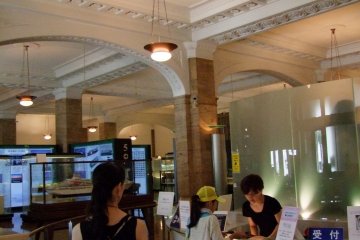