Your destination for Akita cuisine

Once upon a time the folk in the capital romanticized about a distant land deep in the North, which they named Michinoku. In the Heian period, the ancients thought they would fall off the map long before they reached Michinoku. As early as 654 AD this place was first recorded in folklore by Hitachi-no-kuni Fudoki .In those days people made the long trek north and encountered a people rich in culture and cuisine.

Not surprisingly people talked about their adventures and discoveries for many years. Nowadays we can get there much faster than ever by plane. But our anticipation of the magic of Michinoku is even greater than ever since we started watching gourmet programs on television, so we can’t wait. The rise of the Internet spoiled us even more and we became even more impatient, as if everything can be satisfied by clicking a mouse.

Kawabata Street is just 15 minutes’ walk west of JR Akita station. Our patience is finally rewarded as we finally get to try local specialty dishes like Kiritanpo (a rice stick that has the texture of bread), Shottsuru nabe (a hot pot made with fish), Inaniwa udon (handmade noodles), Iburi-gakko (smoked and pickled vegetables) and many others. These are names of some of the most popular regional dishes that you must eat.

People say that there are over 1000 shops on this street. I don’t really know exactly how many are there, but we finally get to see face to face with all the stories we have heard. Now let’s try these dishes and try some local sake, and while you are at it, go for fresh seafood or sushi or yakitori grilled chicken. Everything is beautiful, and the standard is extraordinarily high. I think a lot of this is due to the local spring water. Delicious and clean spring water is what makes Akita komachi one of most popular rice varieties in Japan, as well as Hinai jidori, being one of the most sought after chicken varieties.

In October, from the station to Kawabata area, there is a regional food festival lasting for about 2 weeks. This would be the great chance to taste a bit of everything.

I visited in winter and did not see too many people walking down on the street. But when I tried to enter one restaurant there was a big queue and I had to go somewhere else. It seemed most of them come as a group and book before hand. People who go there already know where to go. 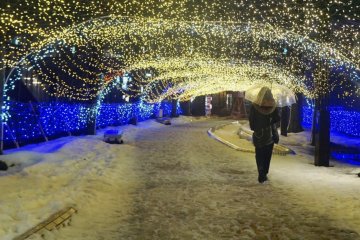 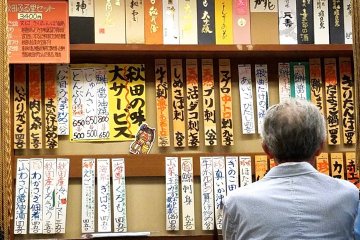 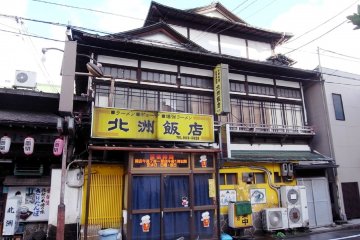 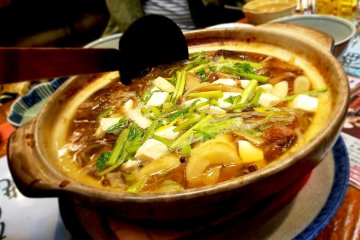