Porcelain pottery in Arita since the 16th century

At 10 in the morning, we were to meet with Hide-san, our personal guide who speaks English. He is affiliated with the Arita Tourism Association, which also offers tourist guides. Hide-san's English was a bit hard to understand in the beginning, but he is very kind and put in a great effort for us. That morning, we had our very own taxi, which felt quite luxurious!

To start the morning, Hide-san took us to Kakiemon, the kiln of an ancient family of potters. Starting with Sakaida Kakiemon (1596 - 1666), the pottery is now being managed by the fourteenth descendant, Sakaida Kakiemon XIV, who was designated a Living National Treasure (人間国宝, ningen kokuhō) in 2001. Since he held an exhibition in 2011 at the Museum of Ceramics Princessehof in Leeuwarden, The Netherlands, where I work as a volunteer guide, I was personally interested in Kakiemon.

To our surprise, we were even allowed to visit the kilns and workshops, which are normally not accessible to the public. The chief manager gave us a guided tour through the facilities, and told us about the pottery. The base material, high-quality kaolinite (also known as China clay, from the Chinese gaoling), has been quarried since centuries ago from a quarry in the area of Izumiyama. Kakiemon is one of the few who is allowed to use this kaolinite. The porcelain produced from this China clay has a very delicate structure in a milky white color. Next to the kilns, you'll find huge piles of red pine wood, which is used to heat the ovens. This kind of wood used to be abundantly available in Izumiyama, but due to its present shortage, it is being delivered from all over Japan.

The porcelain is baked at three temperatures: 900, 1000 and 1300 degrees Celsius. The heat is increased quickly. We got to see the centuries-old kilns, and afterwards we were allowed to look around in the Holy of Holies: the pottery workshop. This is where the pieces are kneaded and shaped on turntables, just like they were made centuries ago. This is also where they are painted with delicate lines. About ten people were handling the turntables: all vases, plates and bowls are manufactured with the greatest care, perfect in shape. In the painting section some twenty people were painting the porcelain with the utmost concentration.

The next part of our tour through Arita was Izumiyama, the quarry which has become a National Treasure by itself as well. Our guide Hide-san was nostalgically reminiscent telling us how he, as a little boy, used to play here in the caves. This is not allowed anymore because of the danger of cave-ins.

We then visited some museums in the area. There are quite a few of them in addition to the many potteries in Arita; we decided on the Arita Porcelain Museum, where you can learn about the production process from clay to vase, and the Kyushu Ceramic Museum, a beautiful modern place that opened in the nineties. With so many beautiful pieces I could stay there for hours.

If you are into pottery or porcelain, and you plan a trip to Kyushu, then Arita should certainly be on your itinerary. Here is an English pamphlet offered by the Arita Tourism Association. Be sure to check out Kakiemon as well! The pottery itself and the kiln are not publicly accessible, but if you have a special interest, you should contact the Kakiemon pottery directly. And when you are in the region, I recommend the Seibouan Ryokan: wonderful people, nice rooms and great food.

My name is Miriam, I was born 65 years ago in Dordrecht, the Netherlands. I have three children and two grandchildren. Until 2008 I worked as a teacher in Dutch language. Now I work voluntarily as a guide in a museum called Keramiekmuseum Princessehof in Leeuwarden. I am married to Hans Thielen, ... 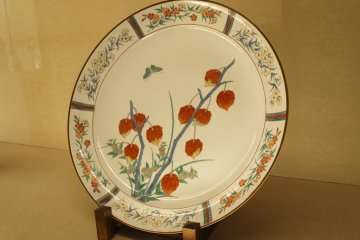 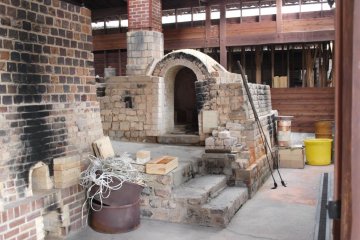 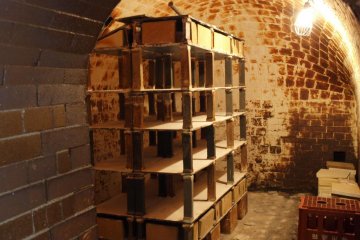 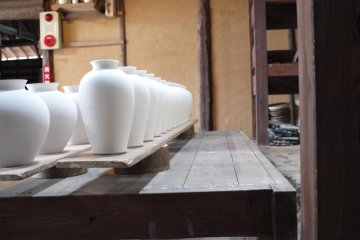 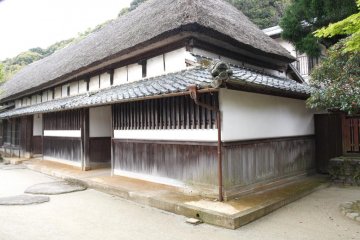 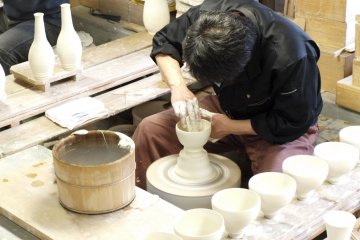 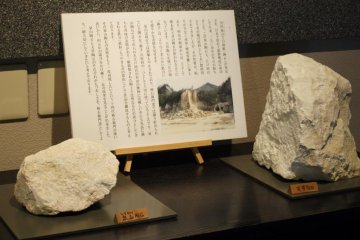 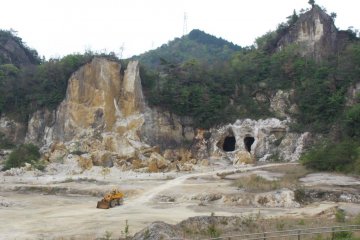