How to get around from Saga station and what's there

Residents of Nagasaki are often heard complaining about Saga. The prefecture that separates them from more popular prefectures such as Fukuoka, stops the development of the Shinkansen down into their hilly part of Japan. But Saga, while bullet trainless offers great transport links to all over.

For ¥5900 return (valid for one month from date of purchase) one can ride the Limited Express into Nagasaki city. It takes just an hour and a half and gives you great views of the prefectures as well as a stunning view of the sea.

For just ¥2100 return you can travel in the opposite direction to Hakata station the central hub of Fukuoka in just 40 minutes. From Hakata it’s easy to see the main sights of Fukuoka, and it’s just a short subway ride to the ever popular Tenjin.

Both these trains run frequently, depending on the day, they run approximately every hour, half hour or 20 minutes meaning there is access all day to both of these bustling cities.

Saga also has a wealth of places to experience within its own prefecture. The limited express can take you to the pottery towns of Arita in 40 minutes and Imari in an hour. Takeo Onsen too, is just a 25 minute ride away.

The local trains can take you to places within the prefecture for a reasonable price. The beaches, castle and festival of Karatsu is only an hour away, and every year when the balloon festival comes in, it’s just a ten minute ride from Saga City Station (though trains can be very busy at this time.)

For those wishing to ride the Shinkansen, this is easily available from Shin-Tosu Station. 20 – 30 away on the local trains or just 10-15 on the limited express.

The station is also attached to Saga bus centre, offering cheap, frequent transportation all over the city as well as buses to Fukuoka, and the two nearest airports Fukuoka and Saga.

Saga station also offers a number of amenities including a family mart, ATM’s for several different banks, toilets, a pharmacy, several clothes shops, a Saga omiyage/souvenir shop, a tourist information centre, an information desk and many different places to eat, from a quick coffee and a donut to tempura and udon.

Saga station is a great place to travel from or to. 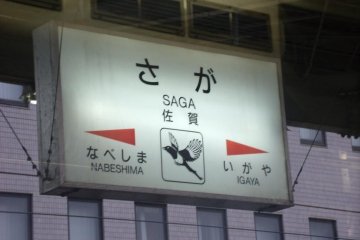 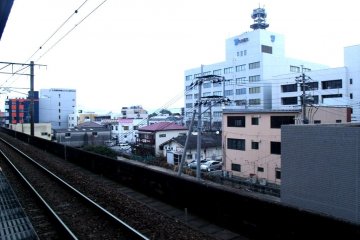 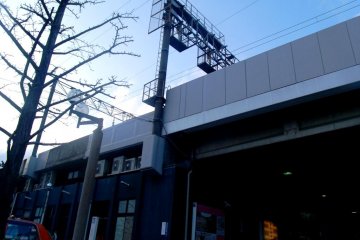