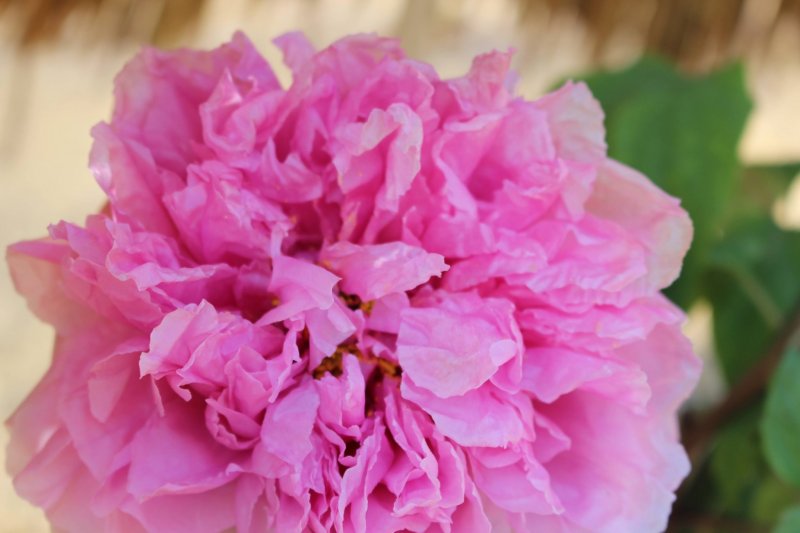 Botanen is a small park in rural Higashimatsuyama right on the border of Namegawa. Botanen literally means peony garden. The park boasts the largest peony garden in all of Japan. There are more than one hundred varieties with approximately 6,500 peonies in the peony garden. Thus, despite being relatively small, it is quite well known, especially by admirers of peony flowers.

The peony festival is held annually from mid April until the end of Golden Week. In 2021, due to the pandemic, there will be no live performances at the festival. The park is generally free, but during the period of the festival, there is a charge of 500 yen per adult. However, parking is free.

The park has gone to great lengths in recent years to attract more visitors throughout the year adding a fun playground and extra facilities. They have also grown other seasonal blooms such as wintersweet that bloom in January. Moreover, they now have a winter peony exhibit annually in January. It is a much smaller display than the peonies that bloom in spring, but very picturesque with small bamboo huts around the peony to protect them from the elements.

During Peony season there is normally a loop bus that runs three times an hour between 9 am and 3 pm from Tobu Tojo Higashimatsuyama Station on Saturdays. It costs 100 yen each way. However, please note that it may not be available in 2021 due to the pandemic.