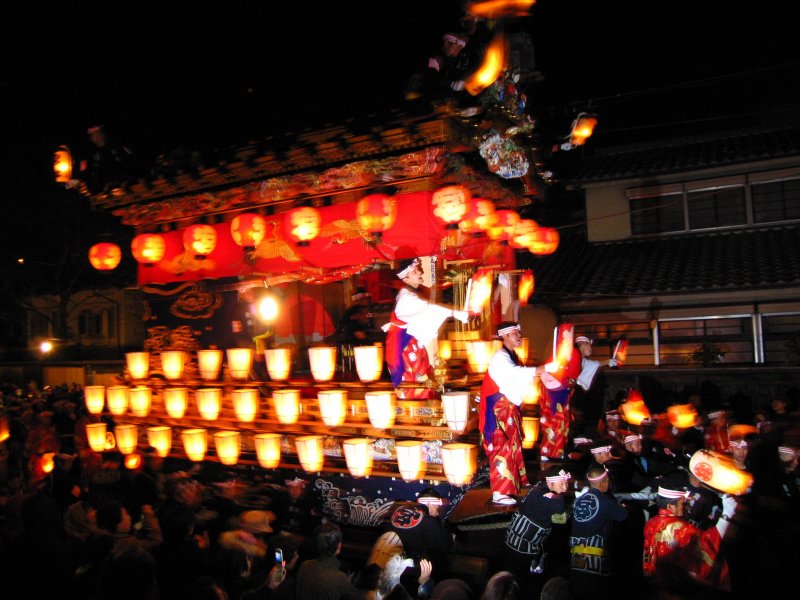 Parade floats and fireworks at this winter festival

The Chichibu Night Festival, or Yomatsuri, is the annual festival for Chichibu Shrine and has a history of over 300 years and is considered one of the three great float festivals in Japan.

On the second day from 7pm, six large ornamental, decorated floats (including Kasa-boko and yatai styles) are paraded through the streets of Chichibu. The heavy floats are hoisted up the steep slopes (Dango-zaka) to the plaza by city hall, with drums and flutes encouraging them on. This is followed by celebratory fireworks launched into the winter's night sky.

At other times of the year, visitors can also see the festival floats at the Chichibu Festival Hall.