Not far outside Tokyo is Koshigaya Laketown, Japan’s largest shopping mall, with a collection of international and Japanese fashion stores on the edge of a large artificial lake in Koshigaya City. Laketown and the surrounding community around are models of eco-conscious planning and contemporary urban design. But what occupied the land before this urban growth? Here, nearly 400 years ago, there were numerous villages that served the post stations on the Nikko Kaido and Oshu Kaido that carried goods and people from the capital of Edo to the provinces. The Former Nakamura Residence of the old Toho Village is a centuries-old estate of a village head family in the heart of this contemporary shopping destination and residential area.

The Former Nakamura Residence is the oldest surviving home in Koshigaya City, surrounded by a modern family neighborhood. Dating from 1698, the house was donated in 1997 to the city of Koshigaya. The site preserves the stately main house, a classic gate, and storehouses. Using traditional techniques and materials, the restoration presents the house almost as it was in the Edo Period. The kayabuki-yane, or thatched roof, has been replaced with a metal one which has deep eaves to imitate the shape of the original. Look for the original ornamental grill in the gable, a talisman against the danger of fire.

The house has some features that show the life and times of the people who lived there. The main part of the house was the residence of the head family of the village for generations. Today, visitors, like the residents in that era, enter the east side of the house through the doma, the earthen floored work and kitchen space. This is where the family produced soy sauce, miso, and daily meals. On the west side of the house was the working quarters for the village’s administrators. A second entrance, a ceremonial one, was reserved for the lord to whom the Nakamura family answered. Visitors can imagine the lord being ushered from his palanquin onto the wide veranda, and his armed retainers waiting in the outer rooms while the lord consulted with the village administrators.

Don’t miss the sleeping chamber with its low ceiling. This room holds two art pieces that were functional parts of the house. Large sliding doors depict a scene from a Chinese classic, and there are images representing the four seasons on reversible panels of silk and paper.

The Former Nakamura Residence is a 12 minute walk from Koshigaya Laketown station. Follow the west edge of the lake to Kohannomori Park. 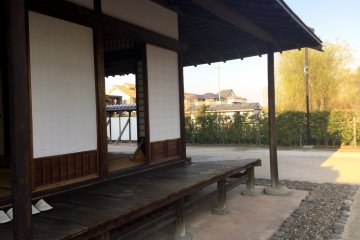 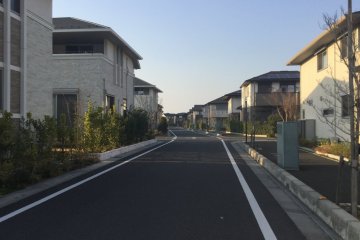 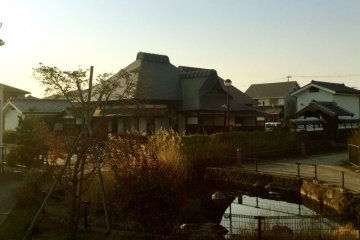 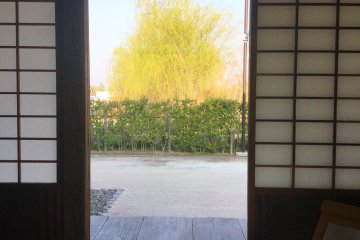 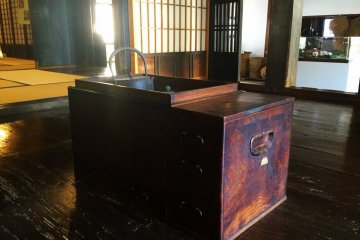 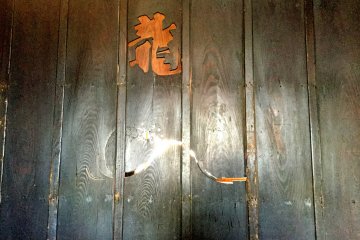 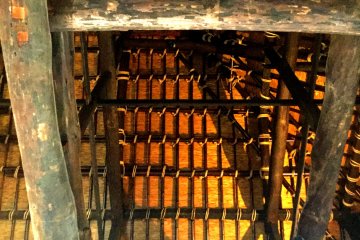 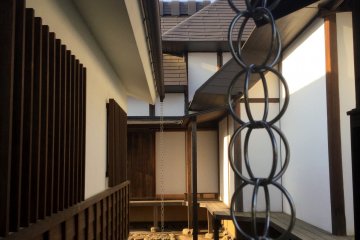