Nagatoro's solace in the hills

The history of Hodosan Jinja is as fascinating as it is long, and centers on the tale of a prince pushing the influence of the modern Japanese into the eastern, still unconquered lands that today make up much of Saitama and areas north.

The prince in question was named Yamato-takeru-no-Mikoto.

Whilst passing through the area, the man of royal blood and his troops found a natural spring in which they performed ritual purification.

Upon completion of this formality they then started up the as of yet un-named mountain, but as they were approaching the top were enveloped in black clouds of smoke – a forest fire.

Reacting by chopping down branches, scrub and anything else that would burn, the prince seemed to be getting nowhere until, from nowhere, both black and white shadows appeared, or so he thought.

The shadows were in fact dogs which, through their own efforts and power were able to subdue the flames and save the life of the prince and his men. The dogs then started to lead the prince to the peak.

When the prince reached the top of the mountain these very same dogs vanished –quite literally into thin air. Thus viewing them as messengers of the gods, the prince set about building a shrine to Japan’s first emperor, Jimmu, the mountain’s own deity and also the deity of fire.

He also named the mountain Hodoyama* although the original characters used have now been changed to represent ‘fortune climbing mountain’.

In the 1900-years since, it has grown in both stature and size.

The main shrine buildings today stand at the foot of the mountain with a further branch of the shrine closer to the peak.

Approached by a steep set of stone steps that look as if they could have been helping locals up the slope for centuries, the shrine when first seen is significantly different to many other shrines from a similar period in Japanese history thanks to the colourful and highly ornate carvings under the eaves of the main hall.

These are well worth taking your time to look at (see pics) and represent the 24 filial pieties of ancient China.

Off to the left of the main ‘honden’ hall of worship are a further five shrines, some worshipping deities in Shinto related to education – Michizane Sugiwara – others the men and woman, young and old, who lost their lives in times of strife since the nation opened up in 1868.

To the rear of the shrine – go round to the left – and up a slight slope, Hougyoku Inari Shrine is dedicated to Inari; historically linked to the rice harvest but now more about protecting and hoping for the prospering of businesses.

Festivals are held throughout the year for a variety of reasons, the most important on April 3rd, called the Reitasai, an annual event with Shinto music and dance, but you may get lucky when visiting as there are literally events every month.

Even if you do not arrive during any period of formal festivities, the peace, quiet, and link to the inner-core of Japanese spirituality that a visit to Hodosan Jinja can provide will stay in the memory banks for a long time to come.

* ‘yama’ is another reading of ‘san’ used in mountain names. 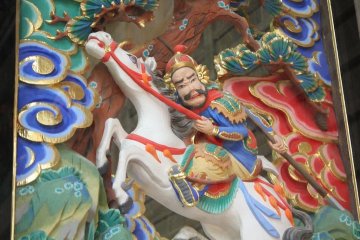 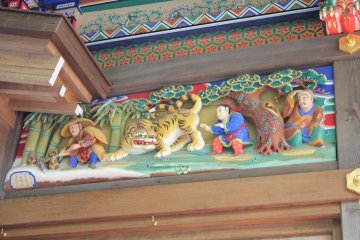 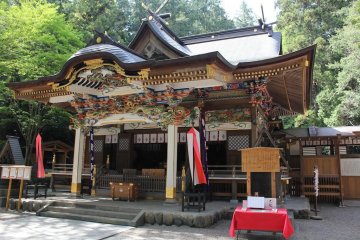 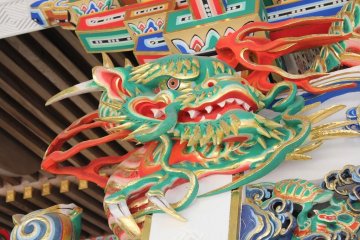 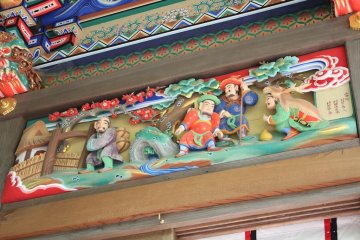