Shrine that marks the remains of a Tenshō Era castle

A short distance from the remains of a Jomon Period dwelling, I spied a torii partly hidden within what looked like a patch of forest in the middle of a field.

It turned out to be Mitake Shrine (御嶽神社). Stepping past the gray torii, I entered into a different realm. Within the circle of the bamboo grove, the world outside with its rushing cars and chattering hikers with their bear bells sounded distant. It was several degrees colder within, and probably one of the places we could go to to cool off in the summer. Being surrounded by bamboo towering over me and almost obscuring the bright noon sky gave me the unmistakable feeling that I have entered spiritual grounds.

Japanese have marked sacred places with shrines over the years. Small shrines are distinguished by special trees. One such tree is bamboo, revered especially by farmers due to its rapid growth and the mystery of its strength.

Next to the shrine is a giant tree, festooned with a sacred straw. The Japanese have a word kodama, which means a tree's spirit and echo. People often pray for long life and strength by touching the tree's bark. A bamboo bench is provided for people who wish to rest and meditate.

The Mitake Shrine marks the remains of the castle that used to belong to the Hojo family, more casually referred to as Dai Castle after the area where it is located. Earthenware discovered in the area dated back to the Tenshō Era (1573 - 1592).

Mitake Shrine is about a 5 minute downhill walk from Koma Station along the Seibu Chichibu Line. Path to the shrine is not well marked. To get to the shrine, you have to walk through what looks like private fields (do not worry, the path is a public path). 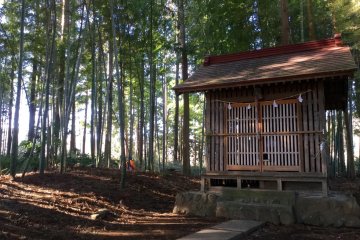 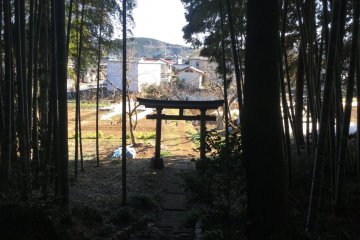 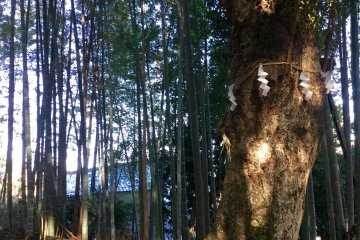 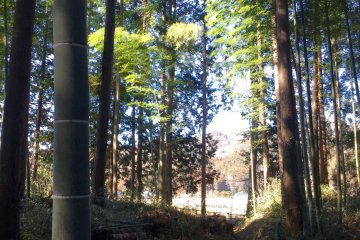