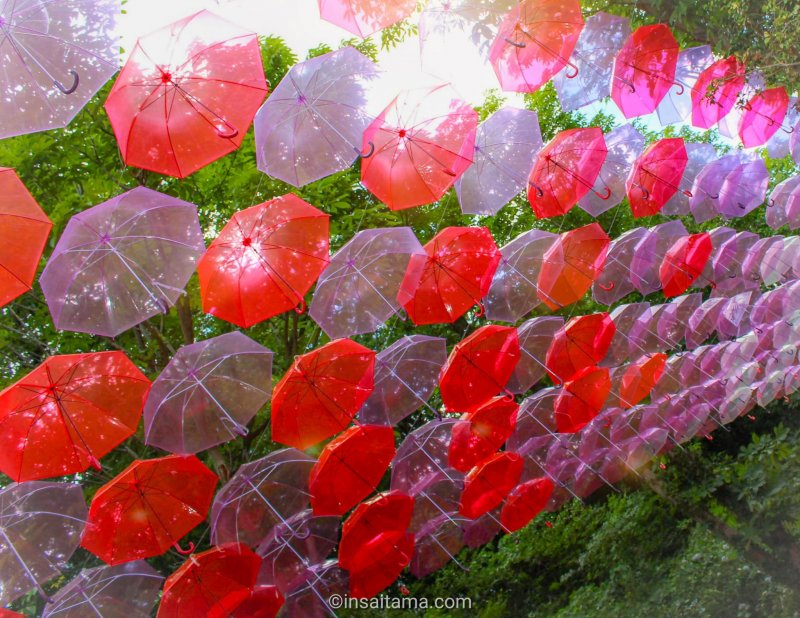 The summer umbrella sky has been held in the free Metsa Village area for the last two years. This is the first year that they are hosting a spring umbrella sky. But unlike the summer event, you have to pay into Moominvalley park to see the display. It is based on the "Little My" character from the Moomin stories. Hence, the spring display is made up of red umbrellas. Approximately 1200 umbrellas are used in the display.

Tickets at the door cost ￥2500, but if you buy in advance, it is ￥200 cheaper. Tickets can be bought in advance from the official event web page.

By car: Metsa is about a ten minute drive from the Sayama / Hidaka Interchange of the Ken-o expressway. Parking was previously charged and required booking, but the parking is now free on weekdays and booking is no longer required. There is a maximum charge of 1500 yen for parking on the weekends.

By public transport: You can get a bus bound for Metsa from Seibu Ikebukuro's Hanno Station North Exit bus stop 1. There is also a bus from Higashi Hanno Station, which is on the JR Hachiko Line. Please do check with the official websites to changes to train and bus schedules / availability during the pandemic.