A food theme park with hot spring and playground

Saiboku Ham Headquarters is more than just a ham processing plant with a restaurant. It is more of a food theme park or a leisure village with food and several other things to do. For one, they have a hot spring which also has plenty of its own facilities within. There is also a medium sized adventure playground for children and a small landscaped garden. Here, you will meet the resident "three little pigs". They host several events too. And then, there's all the meat!

The main Saiboku restaurant is large and has table service. There are also several smaller, self service type places to eat. For example, in the main courtyard there is a self service café. It has both indoor and outdoor seats. Apart from selling ham and meat products, this café also sells ice-cream and potato fries. One of the most popular eateries is a kiosk selling spare ribs. There are also some food vans as well as two different shops that sell take out food. One of those shops, a supermarket in the village, has a bakery. The bakery has a good variety of bread despite being quite small. They tend to sell out pretty quickly on the weekends. The pig face bread is a favorite with my kids.

One of the main attractions at Saiboku Ham is the natural hot spring Kachofugetsu. There is a restaurant in the hot spring and services include massage, karaoke and rest rooms. It used to be called Makiba No Yu, but they changed the name after a Legionella bacteria outbreak in January 2013. The hot springs were closed from January 2013 to the summer of 2014 when they opened under the new name and new management. All the plumbing was replaced and the hot springs were renovated before reopening.

In autumn of last year, 2019, they opened a brand new athletic playground Saiboku no Mori on the grounds. For a nominal fee, children can play for the whole day. You can come and go as you please. There is also a smaller piece of playground equipment that has no charge in front of the reception area for the athletic playground. The 'three little pigs' are in this area too. They have a few different photo spots nearby.

Saiboku Ham isn't particularly big, but it has enough in it to entertain a family for half a day. Moreover, it is located close to the Kasumigaseki golf course that will be used for the golf tournament in the 2021 Olympics. For those visiting the golf course for the Olympics it is the closest hot spring and one of the closest places to grab a bite to eat. Saiboku is also within walking distance of the family friendly Chikozan Park.

The park is open from 10 am to 4.30 pm except on Saturdays when it opens until 5 pm. Each eatery within the park has different hours. For the most part, the restaurants, cafe and kiosks close on Wednesdays, but the shop is open seven days a week. The hot spring closes one Tuesday a month. You can check for the date on the official website.

Saiboku Ham is an approximate five minute drive, in the direction of Kawagoe, from the Sayama - Hidaka Interchange of the of the Ken-o expressway.

If you are coming by public transport you can get a bus from the west exit of the Seibu Shinjuku Line Sayamashi station. Alight at the "Saiboku" bus stop. 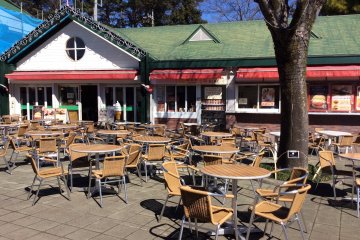 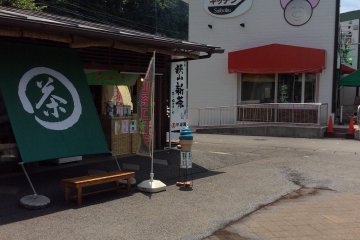 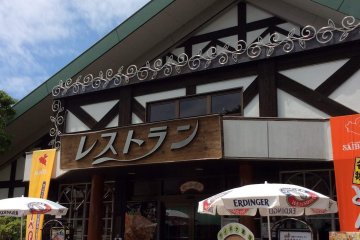 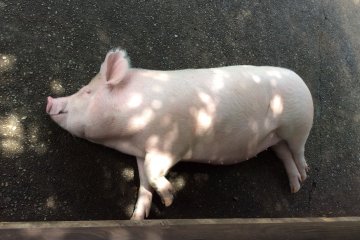 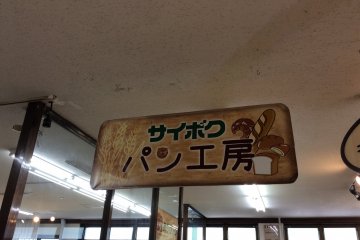 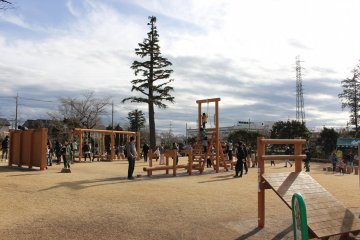