Things to Do at Kawagoe Park

Get out to the suburbs to enjoy another side of Kawagoe

In this episode of the "Another Kawagoe" series I introduce a few of the charms of Kawagoe Park, a large recreational park on the outskirts of the tourist town. The park is well known within Saitama for its late blooming cherry blossoms. However, the 'regular' somei yoshino cherry blossoms are also very picturesque in this park. Despite this, Kawagoe park rarely attracts international tourists, possibly as there are plenty of other places to enjoy cherry blossoms nearer the tourist area of the city, but most likely because it is off the international tourist trail. The park itself is free, but there are nominal fees for some of the activities in the park.

Things to do at Kawagoe park:

The boat lake in Kawagoe Park isn't particularly large, but it is ideal for a short boat ride. There are some carp in the lake and you can purchase feed from a dispenser for ￥100. The lake is very scenic in spring and autumn. You can rent both row boats or swan (pedal) boats between the months of March and November. It costs ￥420 for a row boat and ￥520 for a pedal boat per thirty minutes.

As the park has a large display of both somei yoshino and yaezakura, you can enjoy hanami in Kawagoe park from around mid March to the end of April. I particularly recommend the yaezakura, a variety of cherry blossom that bloom later than the rest, generally from around mid to late April. The yaezakura in Kawagoe Park are one of the largest yaezakura displays in Saitama Prefecture.

There are a few coin operated battery cars for children by the lake. They cost ￥100 for a couple of minutes ride.

The aqua park is only for seven weeks from mid July to the end of August. It is one of the largest aqua parks in Saitama Prefecture. They have several different outdoor pools including ones suited to toddlers and children. The wave pool and large slider pools are a hit among older children. There are also eateries, locker rooms, rental services and of course toilets and showers. Like many of the municipal summer pools throughout Japan, you cannot use these facilities if you have tattoos.

One of the summer pools is turned into fishing ponds that open from November to April. This is quite common in Japan. The fishing pond is open from 6 am to 5 pm during the season. It costs ￥2100 for three hours of fishing for an adult and ￥1050 for a child. Those prices include up to seven fish for adults and three fish for children. If you catch more than that it costs an additional ￥200 per fish caught.

The flea market at Kawagoe Park is just one of several events run at the park. It is not on every month, but about ten months of the year. You can check the schedule on the official website for the park.

The Barbecue season at Kawagoe Park is from March to November. It costs ¥1500 for the day. If you want to rent equipment you can pay an additional ¥500 for charcoal and grill. The barbecue area is quite small, but it is conveniently located to the South by the boat lake.

Kawagoe Park is suitable for walking and jogging. They have distances marked out on the footpath so you can track the length of your jog, run or walk. It is also okay to cycle in this park, but you need to have your own bicycle with you. They have tennis courts and a football pitch. You can rent them, but you need to have your own equipment. Indoors, there are table tennis facilities and the necessary equipment is provided in the rental fee.

The nearest train station is Nishikawagoe on the JR Kawagoe line. The park is a 15 minute walk from that station. Or you can get a bus from downtown Kawagoe.

If you are coming by car there is a large car park. It is free most of the year, however, during the seven weeks that the aqua park is open you have to pay a daily flat rate to park there. Also, when there is a large event on such as the frequent flea markets, they use some of the parking space thus parking spaces are fewer. 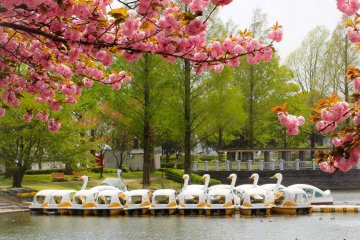 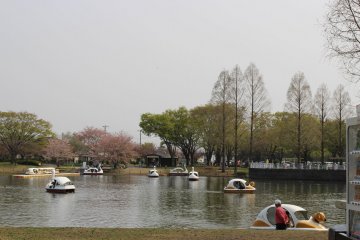 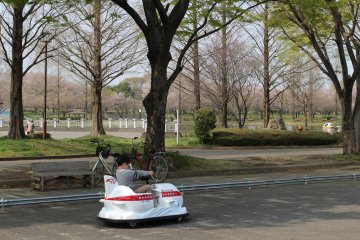 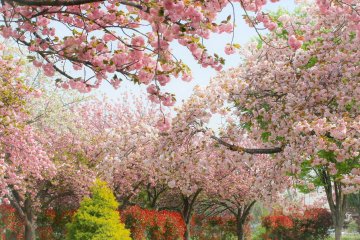 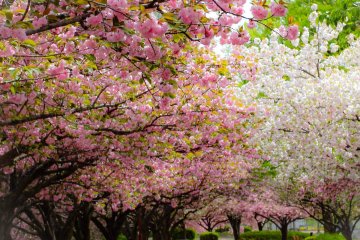