On Sunday, June 7, the Seibu Railways opened up their Musashigaoka Train Depot to the public for the Seibu Train Festa 2015. This year’s Festa is particularly special as it is their 100th anniversary. The event ran from 9:30 in the morning until 3:30 in the afternoon.

There is much to see and do in this family-oriented event that is sure to occupy everyone who shares a fascination for trains. It is a rare chance to see the inside of the train depot where the train cars are housed, checked and repaired, as well as to see the hundreds of dedicated people who work behind the scenes to ensure the safety and comfort of passengers.

Kids can don the uniforms of train operators, see the underbelly of a train, try spinning and rolling the heavy train wheels, press the controls that raise the pantograph (which connects the train to the electricity cables), and engage in many more interactive stations.

Have you ever wanted to press the red buttons on the train or the platform to know what happens or how the alarm looks or sounds like? Here at the Seibu Train Festa, you can do just that. There is a child-sized train with child-sized seats and hand rails where kids can press the SOS button usually found inside the train and communicate with a train operator. Train staff explain the different warning systems to the visitors.

And if the bigness of everything overwhelms, there are miniature model trains that weave through elaborate miniature towns. A camera attached to one of the model trains and hooked up to a TV shows a very realistic view from the front of a train.

Train enthusiasts who are interested in the history of the Seibu train line will enjoy the exhibit of vintage photos, uniforms, and train signs. Collectors can buy old train tickets, swatches of fabric used to cover the train seats, old hand rails and train information signs and many other memorabilia from the bazaar set up inside and outside the depot. While Seibu Railways is the host and organizer of this event, the other train lines have their own booths carrying their brand merchandise.

From Koma Station, the Musashigaoka Train Depot is about a 12 minute walk. This annual event is free. 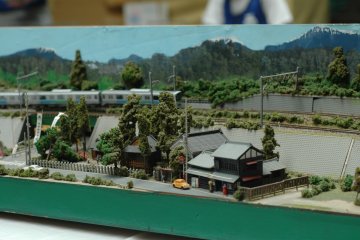 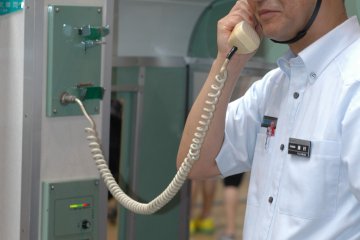 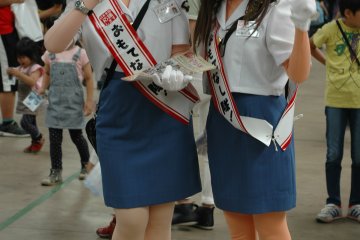 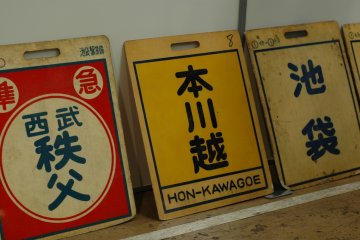 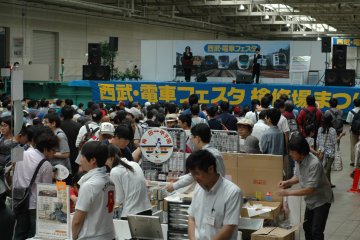