The oldest shrine in Kanto made famous by Lucky Star

Washinomiya Shrine (previously Washimiya Shrine) is known as the oldest shrine in the Kanto region. It is located in Kuki City, Saitama Prefecture, just North of Tokyo. There is a lot a debate over the age of the shrine. Some put it at 1900 years old, which actually wouldn’t make it the oldest. But the general consensus is that it is more than 2000 years old. Nobody contests, no matter what its age, that it is most definitely one of the oldest in the greater Tokyo area.

The shrine is home to a designated important intangible folk cultural property of Japan; Washimiya Saibara Kagura. Kagura is one of Japan's oldest stage performances. It even predates Noh theatre. It is a type of theatrical shinto dance performance. At Washinomiya shrine it is performed six times a year, including during the New Year and summer festivals. Washinomiya shrine is the second most visited shrine at New Year's for Hatsumode; the first visit to a shrine or temple at New Years. Apart from being home to the protected cultural asset Saibara Kagura, the shrine is also home to several cultural assets such as ancient documents, swords and mirrors.

The deities worshipped at Washinomiya shrine are Amenohohi no mikoto. Amenohohi is the second child of Amaterasu, the Sun Goddess. Amenonohi’s child Takehinatori no mikoto and Ohonamuji no mikoto are also enshrined at Washinomiya. The benevolence of the shrine is said to be prosperity and luck in love / relationships.

While history lovers are familiar with this shrine because of its age and several other historical hallmarks, anime fans know it as the Takanomiya Shrine from “Lucky Star.” Lucky Star is an anime that follows the daily lives of high school girls. The Takanomiya Shrine, where two of the characters are Shrine Maidens, is based on Washinomiya Shrine. The shrine has cashed in on the marketing opportunity. You can buy all sorts of Lucky Star paraphernalia at the shrine, such as Lucky Star ’ema’ prayer plaques. People even draw their own Lucky Star pictures on the ema. They are currently “Road of Olympic Returns” version for 2021. Often anime fans visit the shrine on Seichi Junri – a type of pilgrimage of real life scenery that features in anime. Washinomiya shrine goes above and beyond to cater the fans – even the manhole covers in the precincts have Lucky Star characters on them!

The nearest station is Washinomiya Station on the Tobu Isesaki Line.

By car: The nearest interchange is “Kuki” on the Tohoku Expressway. There is free parking for 50 cars. However, whenever there is a festival on there is very limited parking as they use some of the car park for festival stalls. 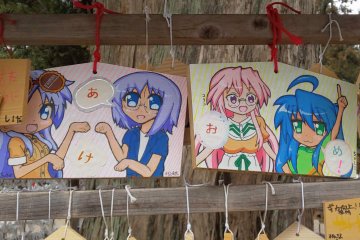 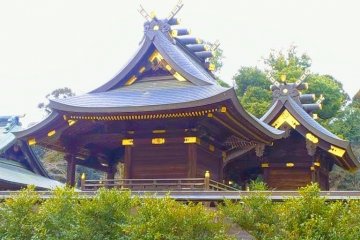 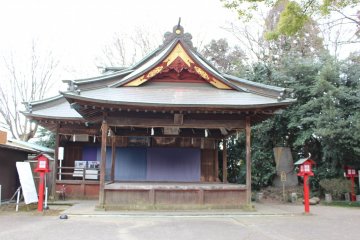 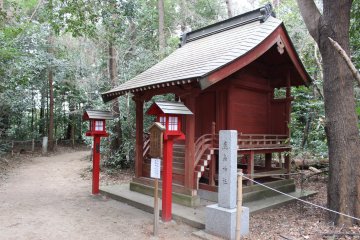