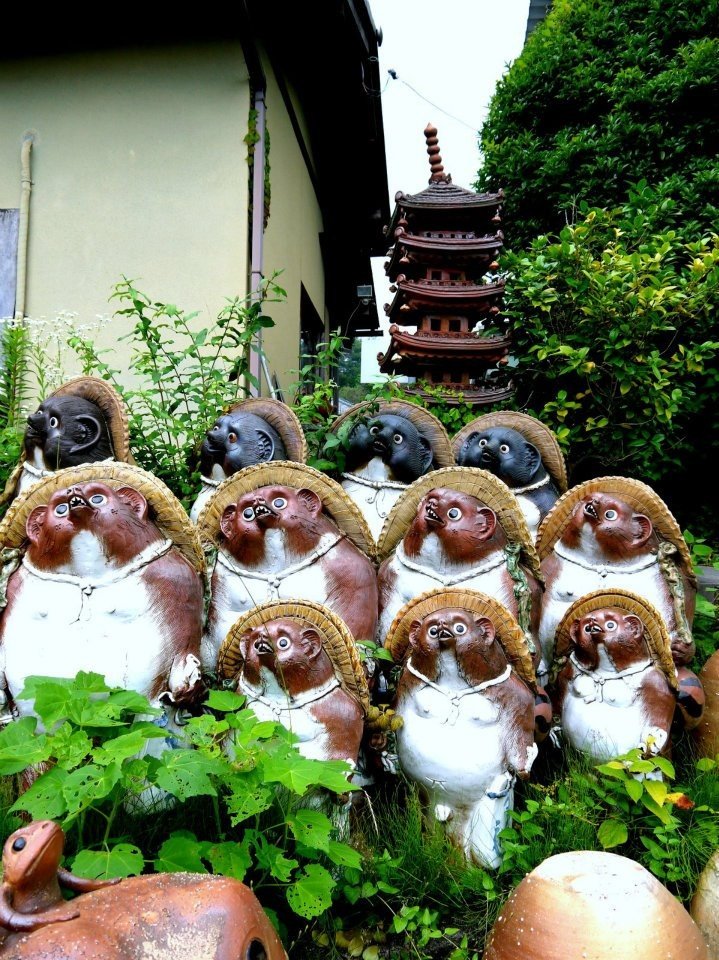 Town of the tanuki statues

Waiting for the Emperor 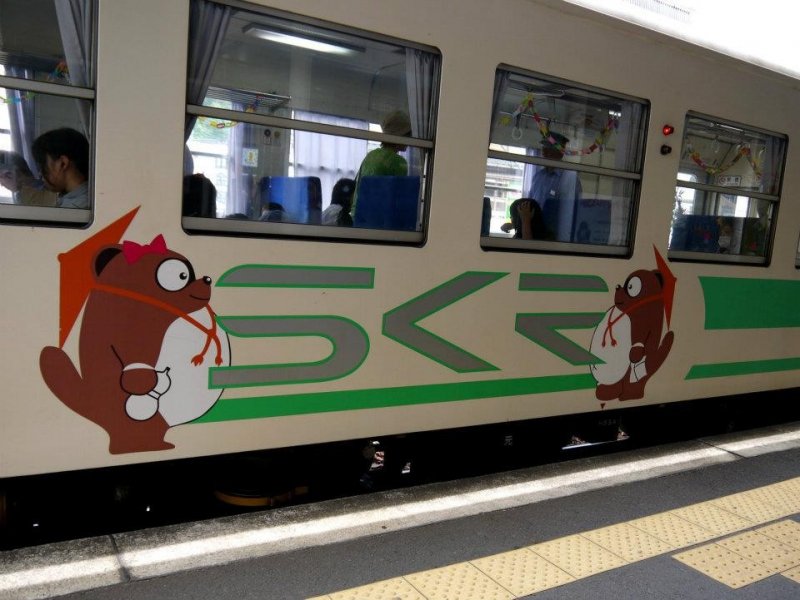 The small local train is decorated with tanuki 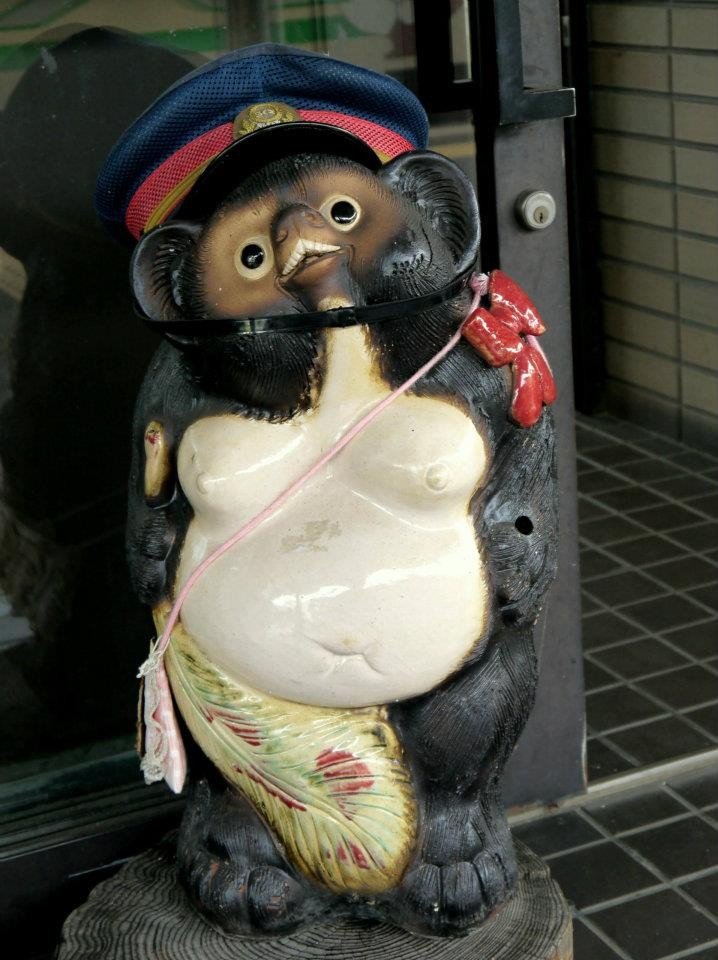 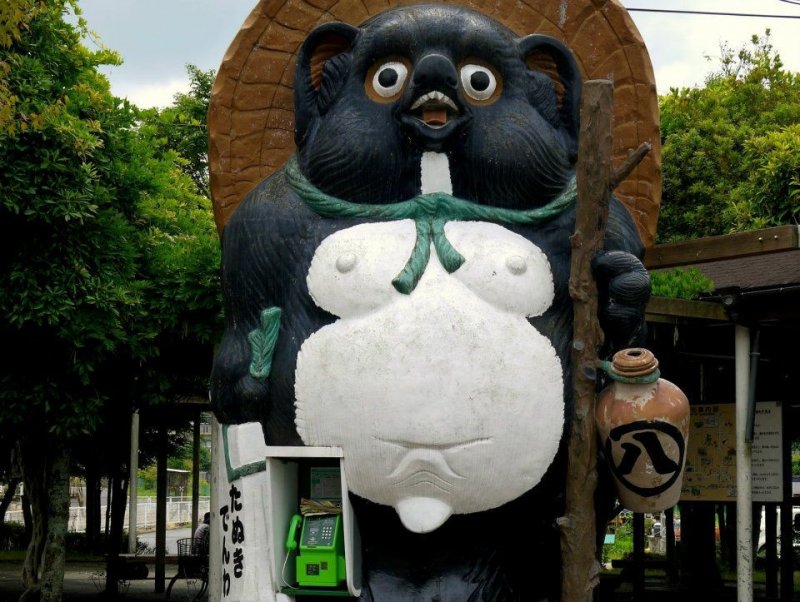 Giant tanuki and public phone outside the JR station 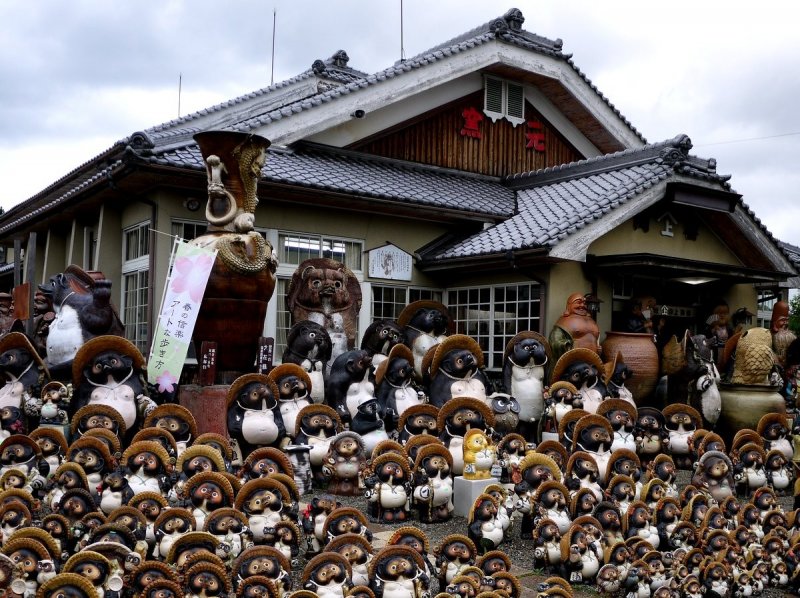 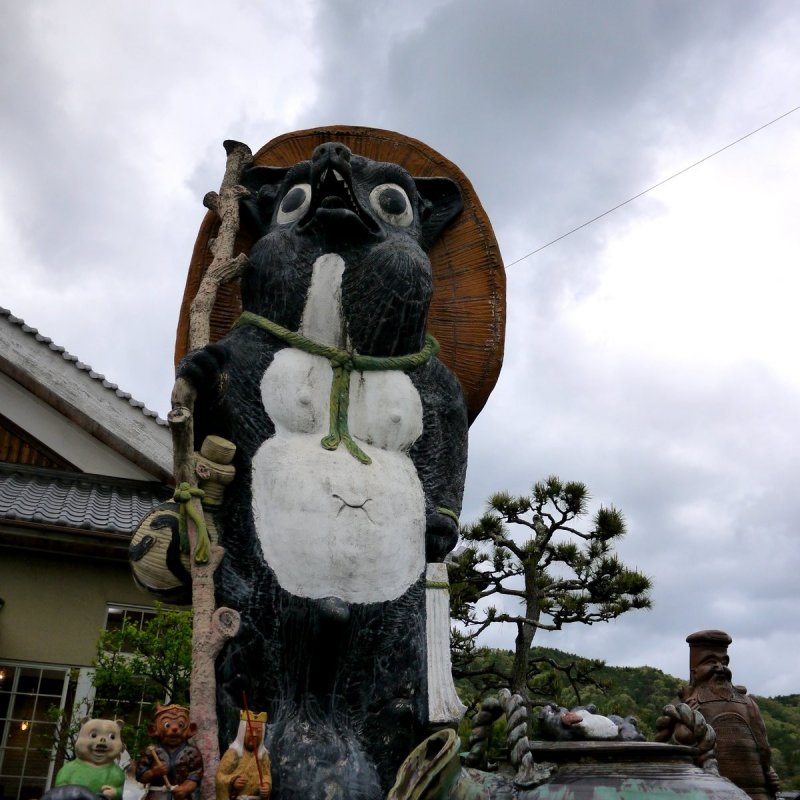 This tanuki looks ready to set off on a journey 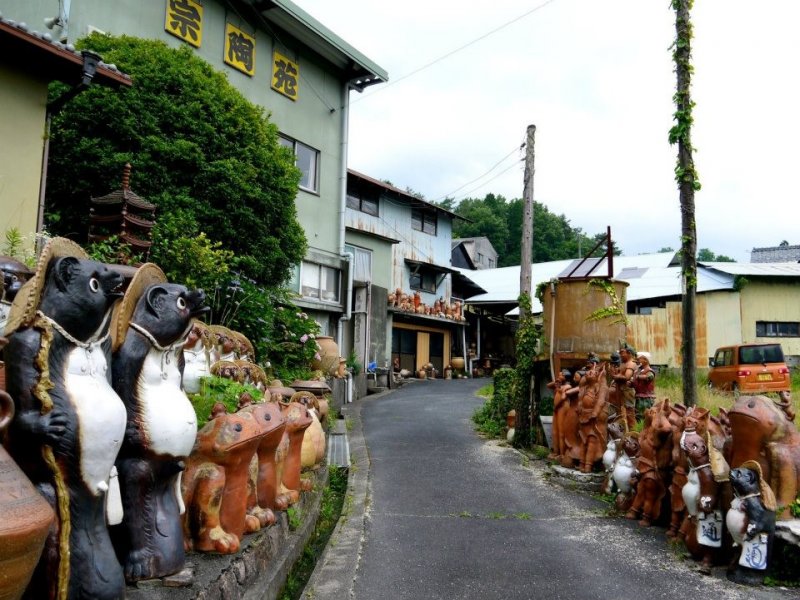 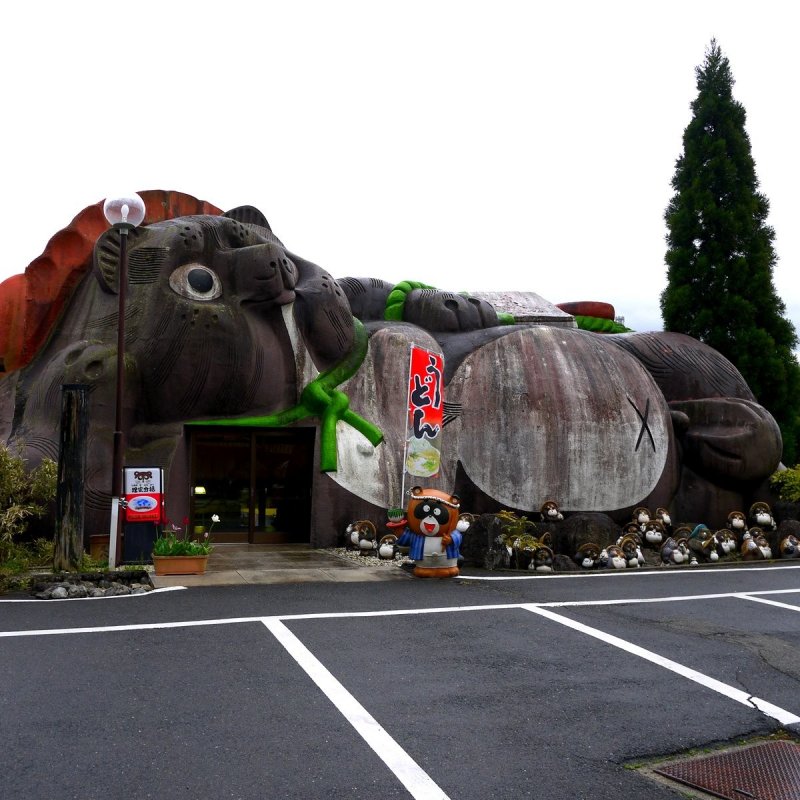 This reclining tanuki has a noodle restaurant inside! 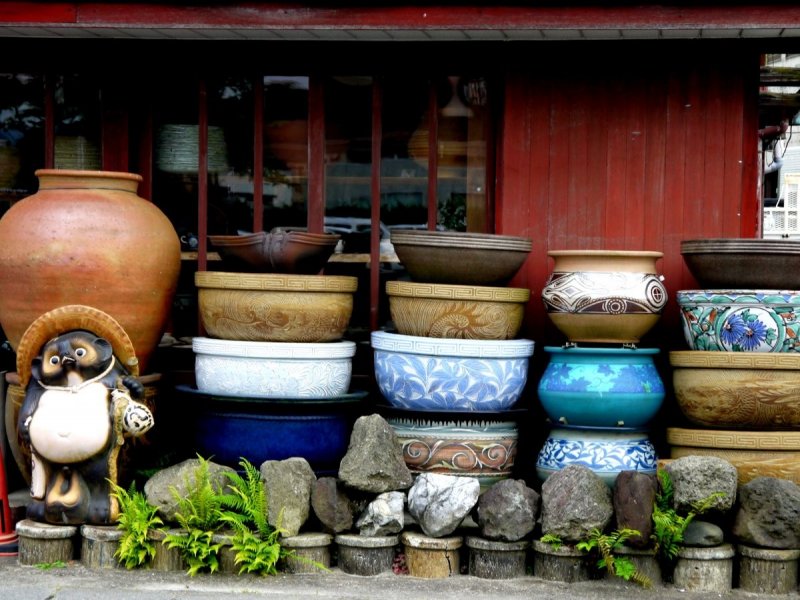 There is a lot of beautiful pottery for sale in Shigaraki 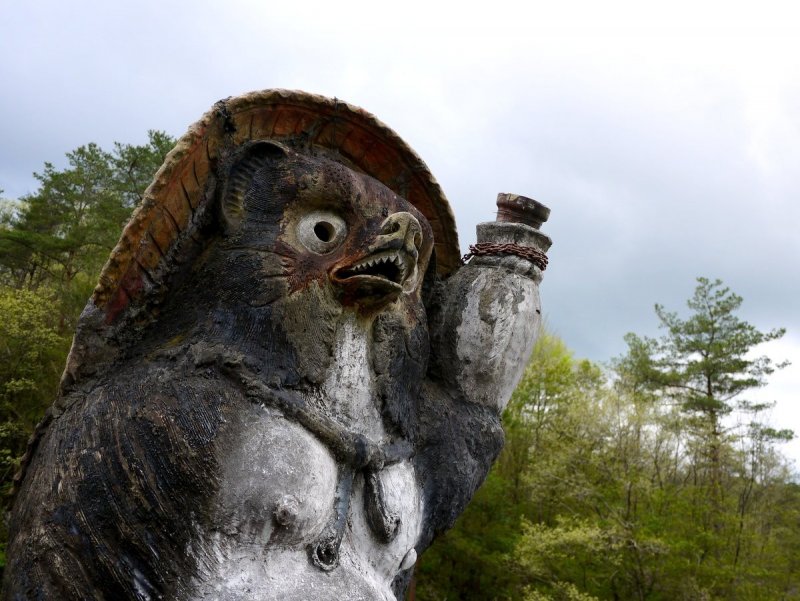 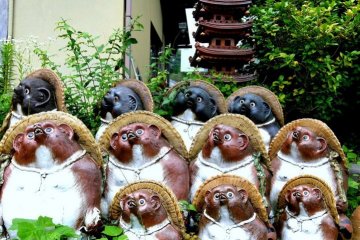 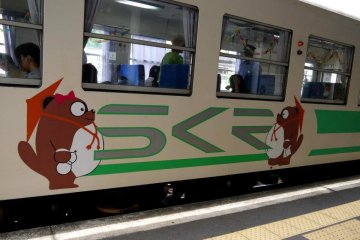 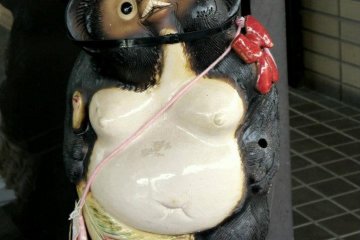 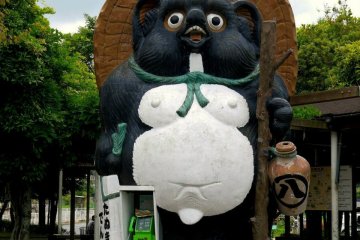 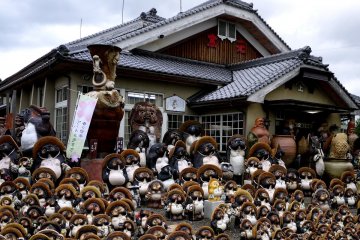 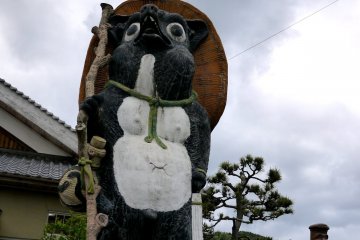 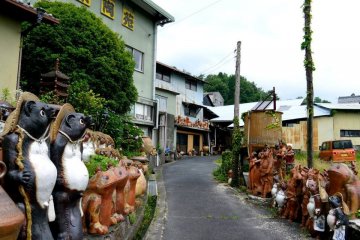 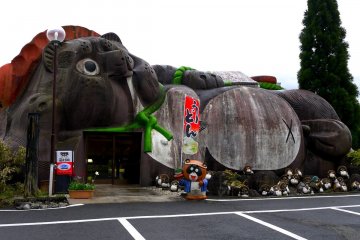 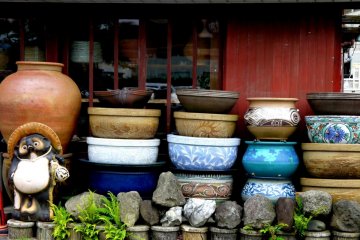 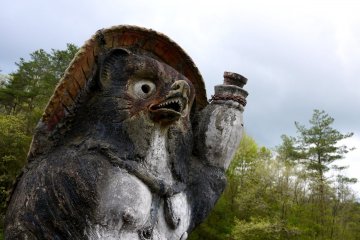 Shigaraki is a small pottery town in the middle of Shiga's countryside, but it is a town with a long and interesting history. Shigaraki became the Imperial capital for a few months in the year 745, but the Imperial court moved after the palace was burned down in a forest fire. However the really curious thing about Shigaraki is that everywhere you look there are cute pottery raccoon dogs known as tanuki.There seems to be a number of interesting stories about these tanuki. For example, once when the emperor visited the town the local people were concerned that they were too few in number to provide a rousing welcome for their illustrious guest, so they got the idea of lining up hundreds of tanuki on the sides of the road. I bet that made the emperor smile!