En-musubi in the Izumo Region

Izumo Taisha or Izumo Grand Shrine is one of the most famous and most significant Shinto shrines in Japan. Though the date of construction is unknown, it is believed it may be the oldest shrine in Japan and is central to Japanese mythology and the creation myths of Japan. It and many other locations in the Izumo region are believed to be “en-musubi” spots and are connected to matchmaking and fate/destiny. The shrine is a national treasure and a popular destination for both tourists and pilgrims who go to pray primarily for matchmaking.

“Matchmaking” is a popular translation of “En-musubi” but it doesn’t convey all of what is contained in the term. Literally the “tying of bonds”, En-musubi is used to refer to the forming of all sorts of relationships. Romance is the most common, but professional relationships are also included, for example. The Izumo Region and the Grand Shrine’s primary connection to En-musubi is its role in the Month of the Gods. Outside Shimane Prefecture, the month of October (technically it should be the 10th month of the lunar calendar) is known as “the Month of no Gods” (Kannazuki) but while in Shimane it is known as “the Month of the Gods” (Kamiarizuki). It is believed that in October, all the Gods of Japan leave their native lands and gather in Izumo Grand Shrine to have a meeting about the following year’s affairs, particularly matchmaking, where they petition on behalf of their parishioners for positive “En-musubi” (“Go-En”). The shrine even has “hotels” for lodging the gods during this busy month.

The shrine is dedicated to Okuninushi, a high ranking god who, according to mythology, once ruled the Izumo region and now rules the world of Spirits, and the Kotoamatsukami (Gods of creation). The Izumo region and Grand Shrine play significant roles in many of Japan’s creation myths, and the Izumo region is said to be the stage of around one-third of the Kojiki (“Records of Ancient Matters”), the oldest surviving chronicle of ancient Japan.

Note: Praying at Izumo Grand Shrine is a bit different from other Shinto Shrines. First, you throw a coin into the box as usual (5 yen, pronounced “go-en” is recommended because apparently, Japanese Gods love puns). Then you bow twice, clap four times, pray, and finally bow once more. Usually, it’s one bow, two claps, and one bow, but this differs to reflect the Grand Shrine’s special status among Shinto Shrine.

The shrine itself is marvelous. It is a large collection of shrines with an active staff of hundreds of priests and caretakers. The hall where the meeting of the gods takes place is notable for the largest shimenawa in Japan. Shimenawa means “enclosing rope” and are used to create purified spaces, like Shinto shrines. The famous shimenawa of Izumo shrine is 13m long and weighs around 5 tons. The wide shrine grounds themselves are beautiful, and the downhill street outside is full of classic architecture and, apart from the cars and a Starbucks, wouldn’t feel out of place hundreds of years ago.

Nearby Inasa-no-hama is a detour you definitely want to take. It is a shrine on a colossal rock formation atop one of Japan’s most beautiful beaches. When arriving for the Meeting of the Gods in October, the Gods of Japan arrive ashore at this point in an extravagant ceremony, a great sight for visitors. But even outside October, it’s a wonderful beach famous for its magnificent sunsets. It is a short 10-minute walk from the Grand Shrine so there’s no reason to miss it.

Seated on the northern outskirts of the city of Izumo, the Grand Shrine is easily accessible from the regional hub of Matsue. A train goes directly from Matsue Shinjiko Onsen Station near the castle in Matsue, or you can get a train from Izumo Station, in either case, you may need to change trains at Kawato Station so check this before boarding as the announcement in Kawato is in Japanese only. There are also buses from Izumo station.

Ichibata Railway, Ichibata City Buses (route buses around Matsue and Izumo), and Matsue City Buses can be ridden for three days without limit with the En-musubi Perfect Ticket, available at half price (1,500 yen) if you present a foreign passport. Available at select locations around both cities.

Outside of Izumo Grand Shrine, there are many En-musubi shrines in the area. The most popular of which is probably Yaegaki Shrine, dedicated to the gods Susanoo and Princess Kushinada, his wife. As the shrine is associated with marriage, people typically visit to pray for a marriage partner, happy marriage, or to bear a child. A central feature of the shrine is the Mirror Pond, where visitors place a sheet of paper on the surface and a coin on top. It is said the faster your paper sinks, the more likely you are you have a happy marriage/relationship.

If you come to the region for an En-musubi date I also recommend, the heart arch in bird and flower park “Matsue Vogel Park,” posting something from the pink post box in “Karakoro Art Studio,” renting yukata in “Tamatsukuri Onsen,” and taking a stroll down the hot spring street. Your Go-En will be through the roof. 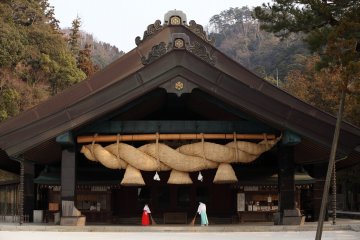 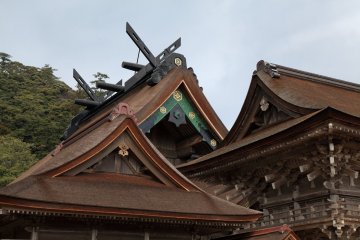 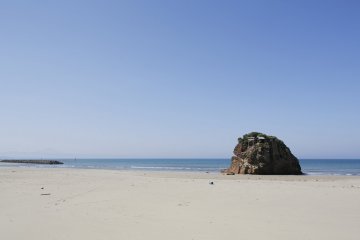 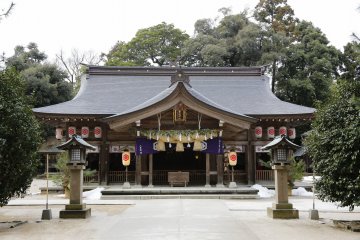 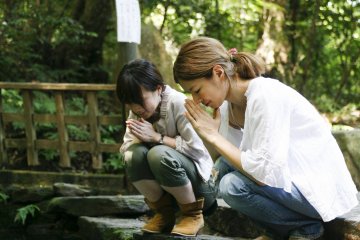 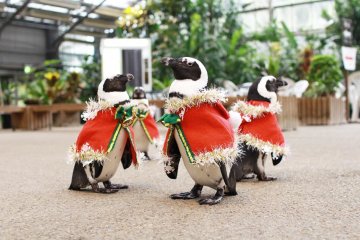 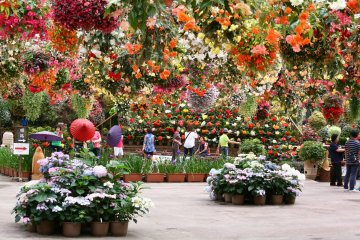 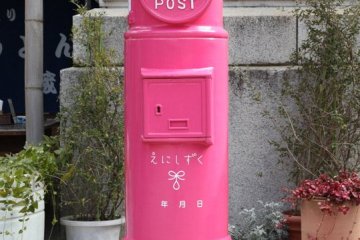