Exploring Matsue from the water

Exploring a city from the water often gives a different perspective than what you'd get on land. In Shimane's capital city of Matsue, an enjoyable way to get your bearings and learn about the region's history is by taking a ride on the Horikawa sightseeing boat cruise.

The boat tours last for approximately 50 minutes, and there are departures around every fifteen minutes from three locations close to Matsue Castle itself. The route covers almost four kilometers through canals across the city, and the boat captain provides a guided tour in Japanese. If you don't speak Japanese, never fear - there is an audio recording in English so you won't miss out on any of the information. The captain will point out a number of different sights while you're on board, including where to get the best view of Matsue Castle, and where the former residence of writer Lafcadio Hearn is located. I found the tour not only relaxing but incredibly educational, and only wish I'd made it a priority earlier in my trip.

One of the most interesting things about a ride on these sightseeing boats is that you pass under a number of very, very low bridges. They're so low that the roofs of the boats are designed to lower until they're almost flat in order to fit through. At certain points on the tour, the captain will advise everyone on board that a low bridge is coming up - you've got to be sure to duck so you don't bump your head! 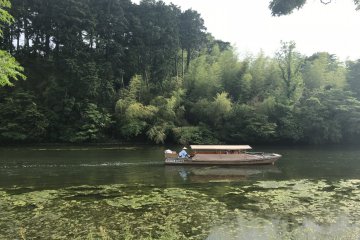 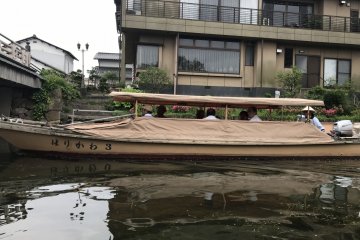 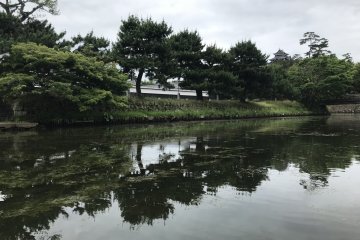