Step outside Hamamatsu bus or train station and the first thing you’ll see is Act City and the Act Tower. The building itself is Hamamatsu’s only sky scraper and at 45 floors it can be seen from afar in many parts of the city. Hamamatsu is known as the city of music, and the outside of Act tower represents this being in the shape of a harmonica.

The building itself contains a hotel, a health club, offices, meeting areas, a concert hall and exhibition areas. Many classical concerts are held here including the Hamamatsu International Piano Competition (held in November). There are also numerous conventions and conferences held including cosplay events!

Furthermore the building hosts the Hamamatsu Museum of Musical Instruments, Japan's only public museum for musical instruments. More than 850 exhibits are on display in the museum, including 19th century European pianos and horns, and a hands-on experience corner where visitors can even ‘perform’. Although Hamamatsu is the city of music, I haven't found it to be the city of musicians…..

However, Act City has one more thing to offer— a spectacular view. To get to the observation deck of the Act tower, you take the elevator from the main foyer (make sure you get the right one as there a several). As you ascend, one side of the elevator has a glass wall allowing you to see outside. You know you’re quite high up when your ears start to pop!  The observation deck itself costs 500 yen for adults, but for that you get an amazing 360 degree view of Hamamatsu.

The southern side looks out towards the coast of Japan and makes you appreciate just how near the sea Hamamatsu really is. Look down and you can see Hamamatsu bus and train station and even watch the Shinkansens come and go, and see just how long those trains are! On the north side of the observation deck you’ll be able to see other landmarks in Hamamatsu including Hamamastsu castle, the army air base and the expressway.  More importantly, on a clear day, you can even see Fuji-san—your best bet for this would be to come during the winter when the air is drier and you’ll see Mt Fuji’s snow covered top (I’m yet to see it!).

Ever wanted to get married in the highest point in Hamamatsu? Well your dream could come true with the observation deck having its own ‘chapel’ for you to wed that special someone.

Act City is a great place to visit especially if you have time on your hands in Hamamatsu and don’t want to stray too far from the train station. 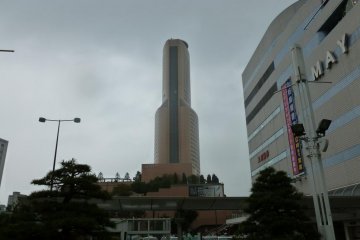 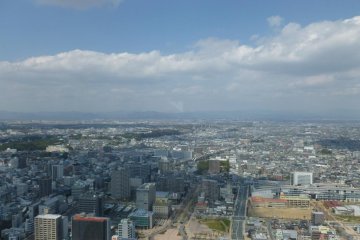 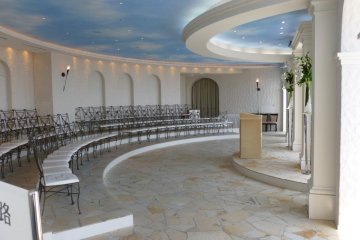 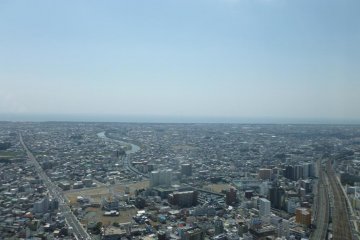