A gem on a hillside overlooking Atami

A vacation in Japan for us (girlfriend Denise, her son Aiden and I) took place in October 2015. We planned to spend some time in Tokyo, Osaka and Kyoto. But in-between our visits in Tokyo and Osaka/Kyoto, we decided to spend a night at the Atami Hot Spring Hotel "Shin Kado Ya".

One of the things I've always wanted to try is a hot spring ryokan. Now I have.

The town of Atami is about an hour out of Tokyo on the Shinkansen lines connecting Osaka and Tokyo. There are natural hot springs in Atami as the town is built on an ancient volcanic crater. It is a favorite resort town of Tokyo residents. Atami is familiar to Japanese giant monster fans as Atami Castle was the site of the end of the battle between Godzilla and King Kong in 1962's "King Kong vs. Godzilla". For more on Atami's monster connection, go to: https://jal.japantravel.com/shizuoka/atami-for-kaiju/5788.

During our trip planning, we checked around for an Atami ryokan (Japanese inn) that has hot spring facilities and found the Atami Hot Spring Hotel "Shin Kado Ya". I made reservations via email (they later said that it is better to call them for reservations).

The rates are a bit pricey, but as we found later, well worth the expense. Ours was 24,500 yen (roughly $205) per person. We stayed one night. Keep in mind that their pricing is per person.

After arriving at Atami Station, we hailed a taxi to take us to the ryokan. Fortunately, the driver was familiar with it and drove us there with no difficulty. We drove through winding hillside streets to reach the ryokan. We were greeted outside by the staff as we exited the taxi and they assisted us with our luggage. We then proceeded to check-in at the front desk in the very spacious lobby.

Once the all the paperwork was completed, we were escorted to our room. We were surprised at how big the ryokan was. It had several floors and it is easy to get lost inside. As this was the case, it would have been a little difficult for us to find our room on our own while trying to bring along our luggage. The staff brought our luggage to our room a few minutes later.

The room we stayed in was very spacious, not at all like the hotels one finds in Tokyo and elsewhere in Japan where you're practically bouncing off the walls. It featured a private bathroom with big windows overlooking the town (don't forget to draw the blinds while showering if you don't want most of Atami City to see you in your birthday suit) and toilet (Western-style, not a squatter) and a soaking tub outside on your own private terrace with a great view of the ocean.

After settling into our room, we began to fill the tub on the terrace for a good soak. We found it to be very relaxing. The ryokan also has communal baths (inside and outside), with the sexes separated. The outside spas were on the ryokan's rooftop. Both the men's and women's rooftop spas had great views of Atami and the ocean.

After dinner, we were so stuffed, we elected to lay out our futons (instead of waiting for the staff to do it for us) and went to sleep. We had a great night's rest. It was probably the best sleep we had while we were in Japan.

Check-out was also pleasant as the staff arrived at the time designated by us to take our luggage down to our awaiting taxi. We were given a nice send-off by the staff as we entered the taxi. We really felt pampered and didn't want to leave.

Atami Hot Spring Hotel "Shin Kado Ya" would be ideal for honeymooners!

Although it was a bit pricey, I wouldn't hesitate to stay at the Shin Kado Ya ryokan again. You'll definitely get the most bang for your buck! 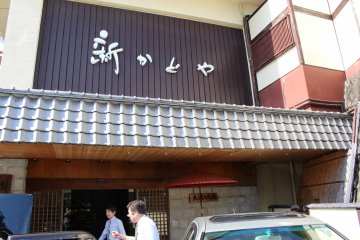 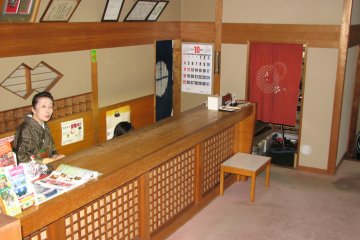 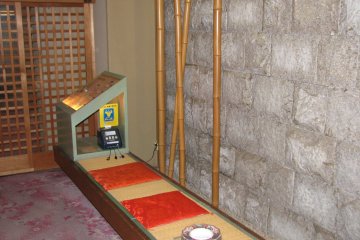 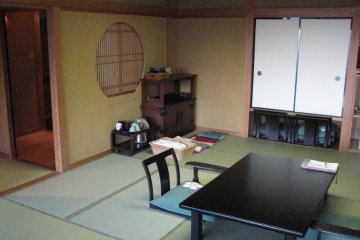 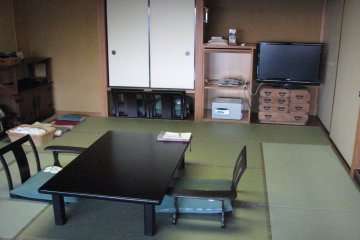 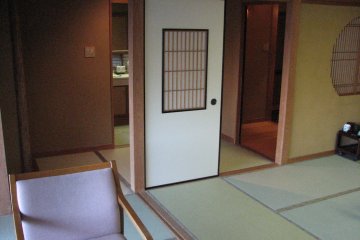 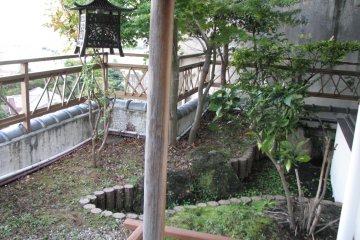 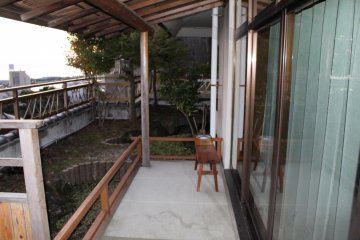 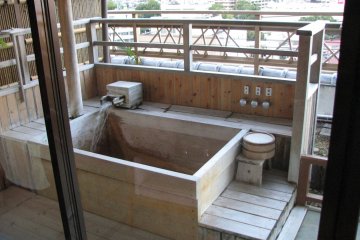 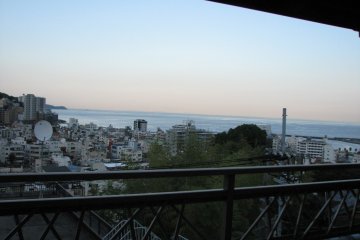 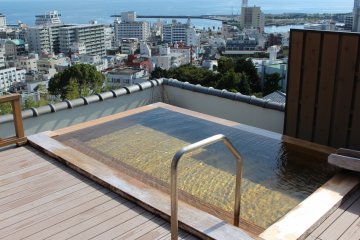 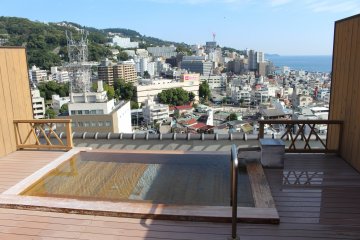 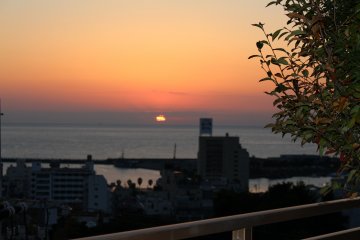 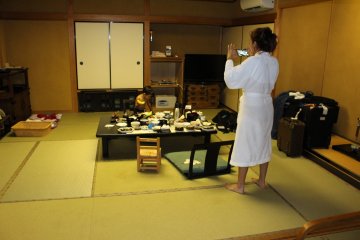 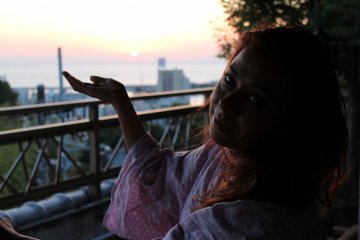 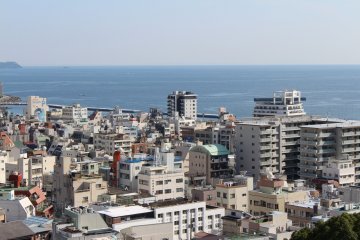 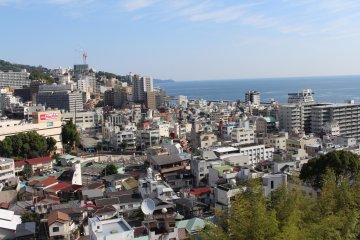 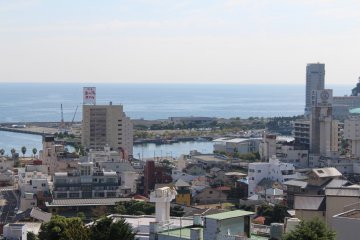 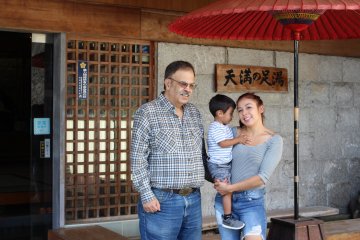 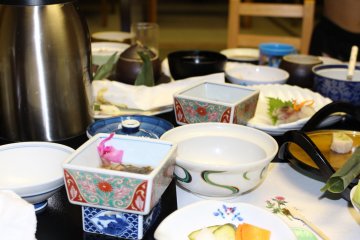 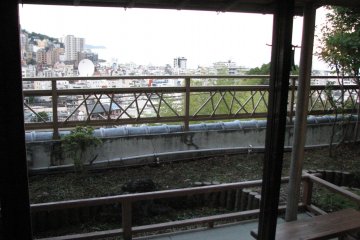