Watch out for those kangaroos...

The zoo is situated in Kanzanji which is near lake Hamana. Take a bus from Terminal 1 of Hamamatsu bus station. Originally the zoo was near Hamamatsu castle but as it expanded, it was decided to move it to its current home

There's a car park which costs 200 yen, however there are other things to do in the area so come early and make a day of it.The park is open from 9 am till 4.30 pm however there are special longer opening hours in the autumn to see the animals ‘after dark’. It costs 400 yen to enter and there are leaflets written in ‘Engrish’ i.e. "Do not do mischief". Some of the exhibitions are also written in Engrish but everything else was in Japanese and we were unable to find anyone who spoke any English at the park.

The zoo has over 100 animal species with the largest number of primates on display in Japan. It's famous for its golden lion tamarind monkeys. The zoo is set in wide grounds, from part of which you can see a lovely view of lake Hamana, there's also a lot of flora and fauna to see. If you’ve been to any zoo in Asia you’ll know what depressing places they are, and Hamamatsu Zoo is no different. There are cages which look like concrete prisons and haven’t been updated since the initial opening. The animals look so sad and depressed and to say I was disappointed is an understatement. In fact I just felt like the animals.

The first set of animals we saw were the kangaroos and they have a reputation for dare I say being rather naughty. Today was no different as we witnessed the kangaroos getting it on, and I won’t describe what we saw but it was not pleasant and if you bring children, there will be questions. We came to the bird sanctuary which was just a giant cage full of birds which didn’t look too friendly.

The zoo has a petting area where you can pet rabbits and sheep and goats. Note: The goats and sheep like to eat everything and will happily take a peek in your bag for food so keep your wits about you! The zoo also has tigers and gorillas and elephants but they just seem to sit around not doing much. There are also red pandas and meerkats who are protected by electric fences, the signs of which we found highly amusing.

If you're in the lake Hamana area, then this is an OK way to waste a few hours. But I wouldn’t come here just to see the zoo as it’s a rather depressing place. 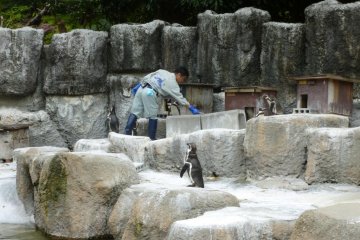 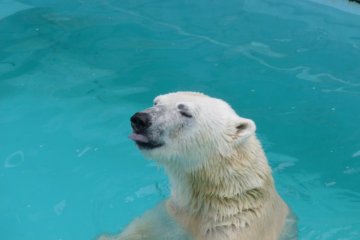 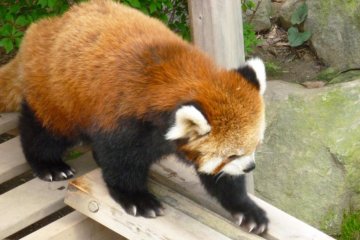 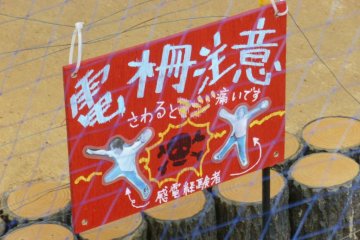