Looking for lunch near my hotel one day in Hamamatsu, I spotted a German flag down the street, and decided to go and investigate. What I hadn't expected was that the flag would be flying from the castellated walls of a faux-medieval style building, but I was hungry and the prices looked reasonable, so in I went - and rarely have I eaten in such a charmingly entertaining setting.

Now I've never been to a beerhall in Germany, but this is exactly what I imagine them to be like: perhaps some German readers can confirm? It's built around an open central courtyard, with tables and chairs for open-air drinking, and a small fountain for splashing people with, use in drinking games, and other tomfoolery. (If they didn't want that to happen, they shouldn't have built it.)

The interior is fantastic, just fantastic, and I couldn't help smiling. Walk past reception, the life-sized guardian mannequins and the beer vats and bar, and you come to the one huge room, which seats a good 360 people. The wings have low ceilings, but the central part has a big high ceiling, supported (or at least decorated) with hefty timber beams, providing lots of space for lusty singing to echo around.

The furnishings are also solid and wooden, the waitresses wear Oktoberfest-style barmaid outfits and the male staff green suits, and there's a soundtrack of authentically rousing oompah music complete with yodeling (though in the toilet they're playing classical, presumably to encourage restraint). Around the walls are pots and pans and tins and jugs and flags and scores, possibly hundreds (I didn't count) of beer-glasses and steins, which I guess in an emergency could be taken down and used.

The lunchtime crowd seemed to be more 'ladies who lunch' than 'men who go large', and I chose the special ¥1000 lunch plate before I noticed all the 女 (kanji for woman) in the description. Unmanly as it might have been, it was really good, providing excellent value with its mix of tasty dishes: a chicken pie with mushroom cream sauce; bread, soup and salad; pickles and ratatouille; a potato pancake with meat sauce, plus a drink and yoghurt chiffon cake for dessert.

The menu (in Japanese, English and German) offers a comprehensive and very diverse selection of hearty comfort food. There are changing daily lunch specials for ¥870, and a la carte dishes for between ¥400 and ¥1300, including tandoori chicken pizza (honestly), fried chicken, onion rings, local specialties such as Shizuoka fishpaste dishes, and Mexican pilaf. German food ranges from ¥390-¥960 for sides and appetizers up to ¥3780 for a baked pork shank, with a range of sausage dishes in between.

Then before you waddle back out into Japan, there's a little shop at reception and another, larger one by the courtyard. These sell a whole big range of food and souvenirs: jams, sauerkraut, cookies and snacks, toys, teddy bears and figurines, and even original Mein Schloss brand clothes. 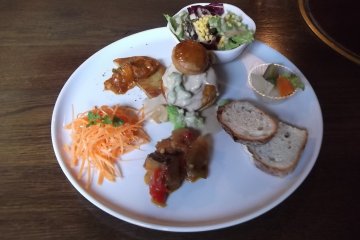 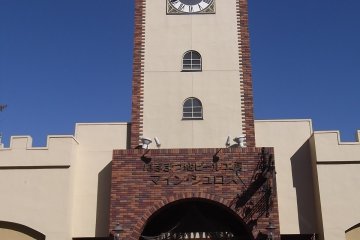 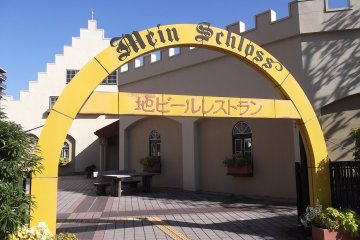 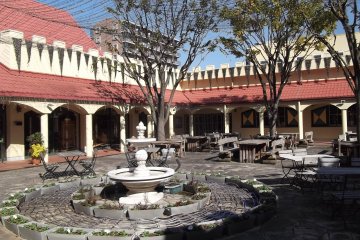 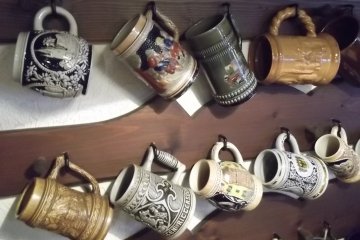 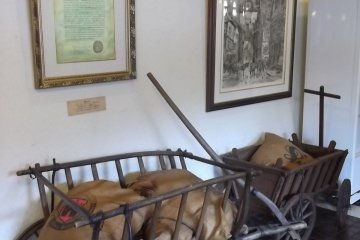 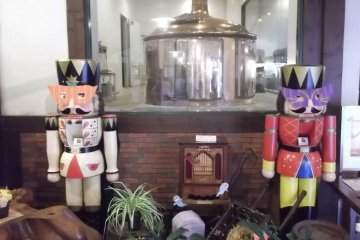 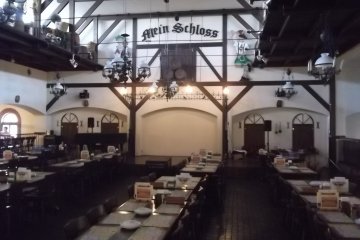 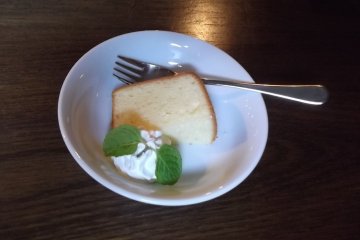 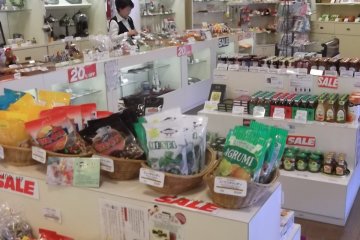