One of Japan's most striking art museums, the MOA Museum of Art in the Izu seaside resort town of Atami, has reopened after extensive renovation. To celebrate the reopening, it's holding a "Grand Reopening Exhibition" from February 5th to March 14th, featuring a number of treasures from its collection.

The renovations have lasted eleven months, during which the lobby, exhibition galleries and museum shop have all been substantially remodeled, and a new organic cafe station opened in the lobby. The designs for the new spaces and the furnishings in the shop were provided by New Material Research Laboratory (NMRL), led by contemporary artist and architect Hiroshi Sugimoto and architect Tomoyuki Sakakida.

The "New" in NMRL refers to the laboratory rather than the materials: they focus on researching materials and techniques used in ancient, medieval and early modern times, and finding ways to incorporate them into modern architecture and design. One example of Sugimoto's architectural works is Goto'o Shrine, a remodeled shinto shrine that's part of the Art House Project on the contemporary art island of Naoshima.

The reopening exhibition will feature works from the museum's collection of ancient Japanese and oriental art, including "Red and White Plum Blossoms" by Korin Ogata, a dramatic folding screen that's a designated National Treasure. You can also see "Red and White Plum Blossoms Under Moonlight", a folding screen created by Hiroshi Sugimoto from his photograph of Ogata's screen. Other artworks by Sugimoto will be on display in the exhibition: photographs of Atami from his "Seascapes" series, and his video installation "Accelerated Buddha", created from video of the Buddhist statues at Sanjusangen-do temple in Kyoto.

The museum is attractively sited on a hillside overlooking the town. There's a pleasant terrace commanding a fine view of the ocean, and in the spacious grounds you'll find lots of plum-blossom trees, which bloom at exactly this time of year. To reach Atami from Tokyo, you can take either the bullet train or a regular train from Tokyo or Shinagawa station. 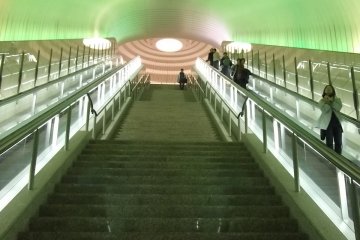 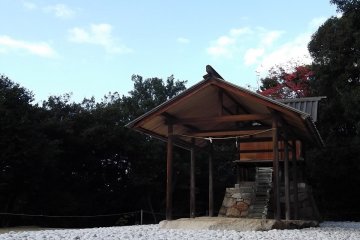