The Tokinosumika resort, also known as Gotemba Kogen, is an unobtrusive family resort in Gotemba City in Shizuoka. There are several different accommodation choices at Tokinosumika, none of which are particularly grand, but all of which are comfortable and well kept. We have tried them all out over the years. I personally like the Tokinosumika hotel, but my four kids unanimously vote for the slow house villas as the best place to stay in Tokinosumika.

The slow house villas in Tokinosumika are designed like a yurt; a circular one floor tent-like structure. The yurts at Tokinosumika are not made from tent materially thankfully, but are permanent structures complete with a proper front door and windows. There are four different type of yurts available:

On our last visit, we stayed in the Peter Rabbit themed slow house villa.

It happens that my children are quite familiar with Peter Rabbit as we have read the books together and visited the Beatrix Potter Museum in Saitama. But even if a child is not that familiar with Peter Rabbit, I have no doubt they will find the accommodation exciting. The roundness of the building in itself is enough to intrigue a child. As it happens, the Peter Rabbit themed yurts have a loft in them too. (Some of the other yurts in Gotemba Kogen do not have a loft.) My own children delighted in camping on mattresses on the floor in the loft rather than sleeping in the Peter Rabbit emblazoned beds.

The downside of the loft is that with toddlers it could be quite dangerous, especially as the winding staircase doesn't have a proper banister. And while we're talking downsides there were two other issues I personally had with the room. One was that the room was very dark and felt quite dingy. The other that it was quite hard to regulate the temperature of the room. The latter was probably due to our own shortcomings and the former is only a minor issue in the greater scale of things. Because overall it was a very pleasant place to stay, and they had some nice extras / attractions for the kids:

Included in the flat rate for the room is a buffet style breakfast. The buffet hall is a bit of a walk from the villas, but it is a nice walk with views of Mt Fuji along the way. You can help yourself to a selection of fresh fruit, cereals, breads and hot food including a typical Japanese breakfast of rice, miso soup and grilled fish, with lots of pickles and toppings to chose from too.

All guests of Tokinosumika can use any of the several hot springs on the extensive land at a reduced price. But only one is free to use as a guest of the slow house villas; the "ringo" (apple) hot springs. The ringo hot springs are also in a round shaped yurt-like building.

And that's not to mention all the other facilities, services, utilities, extras you can find throughout the Tokinosumika resort!

If you are coming by train, there is a free shuttle bus you can get from Mishima and Gotemba Stations. If you have a group of more than 15 you can request the bus pick you up from neighboring cities. You will need to organize that with the resort.

By car the nearest highway is the Tomei expressway. You can use either the Gotemba or Susuno Interchanges to alight for the Tokinosumika resource. 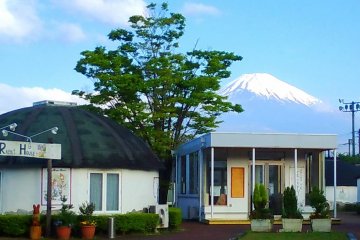 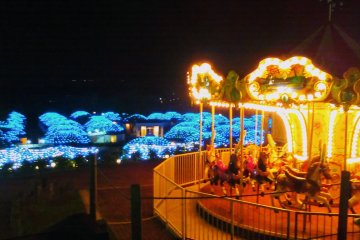 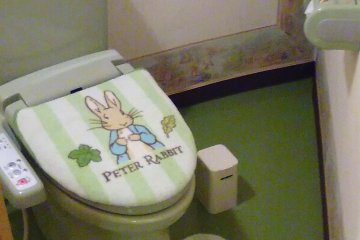