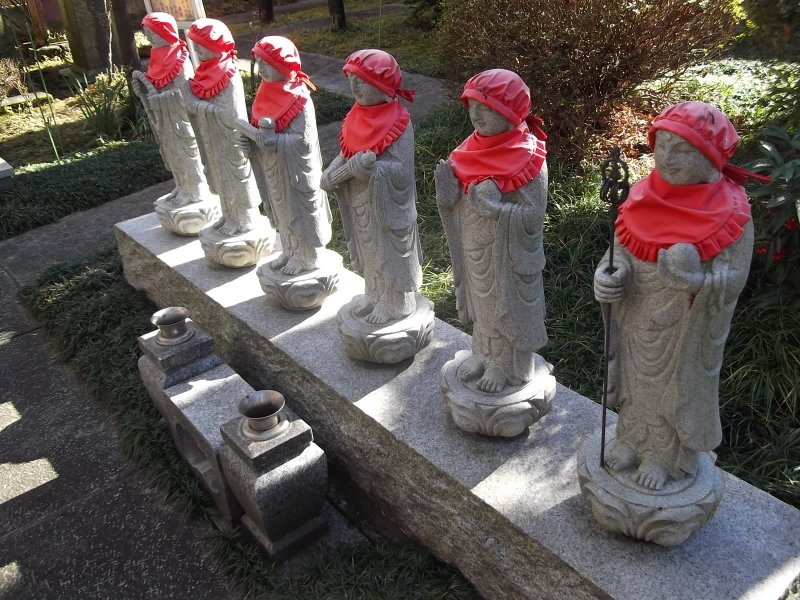 A small temple with a host of interesting features

Six statues at the entrance 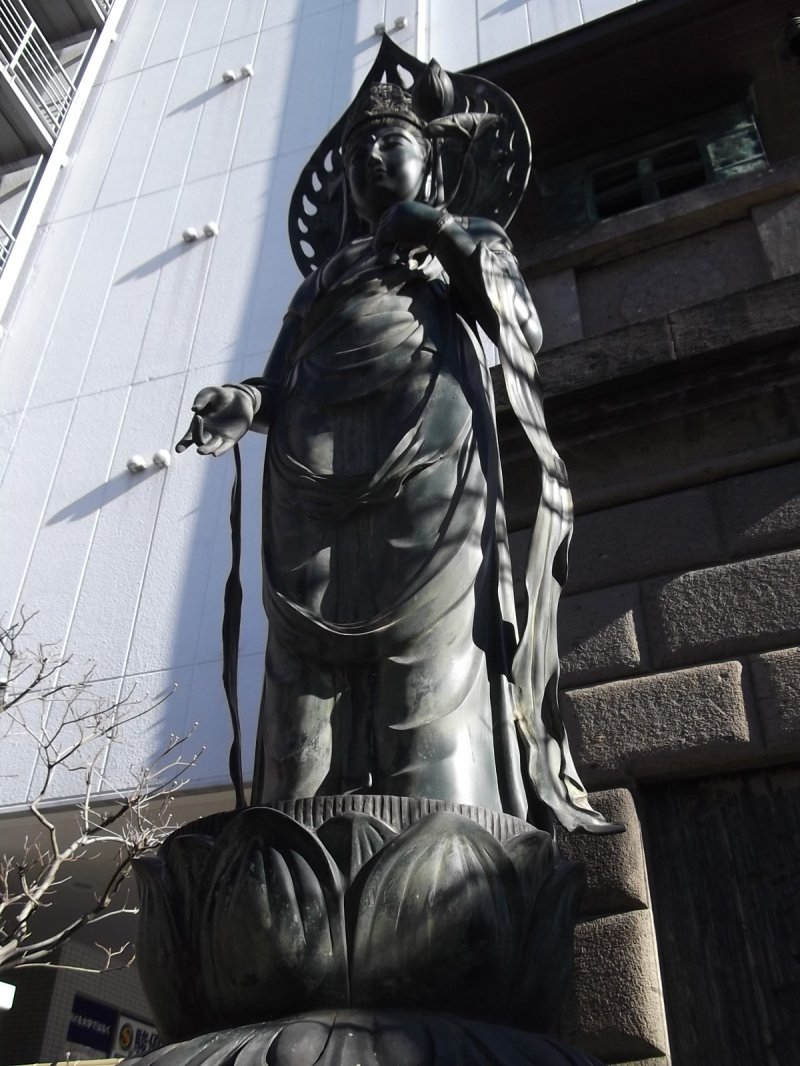 An impressive Buddhist statue in the grounds 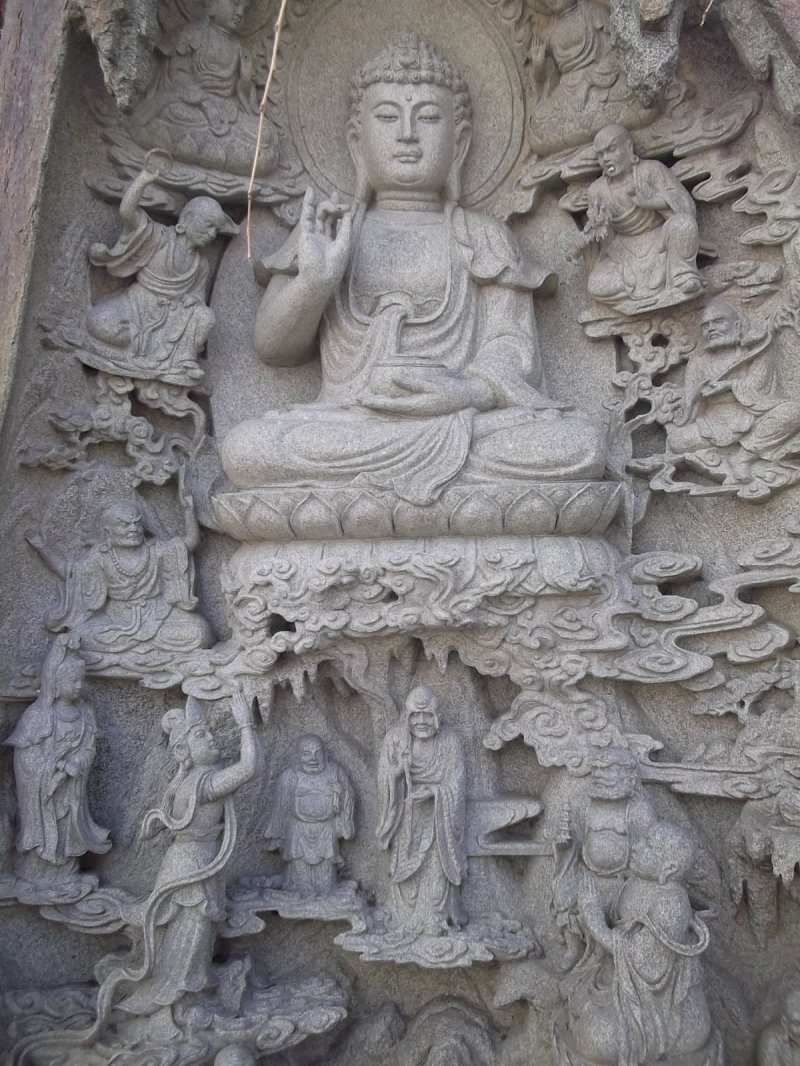 A relief carving near the gate 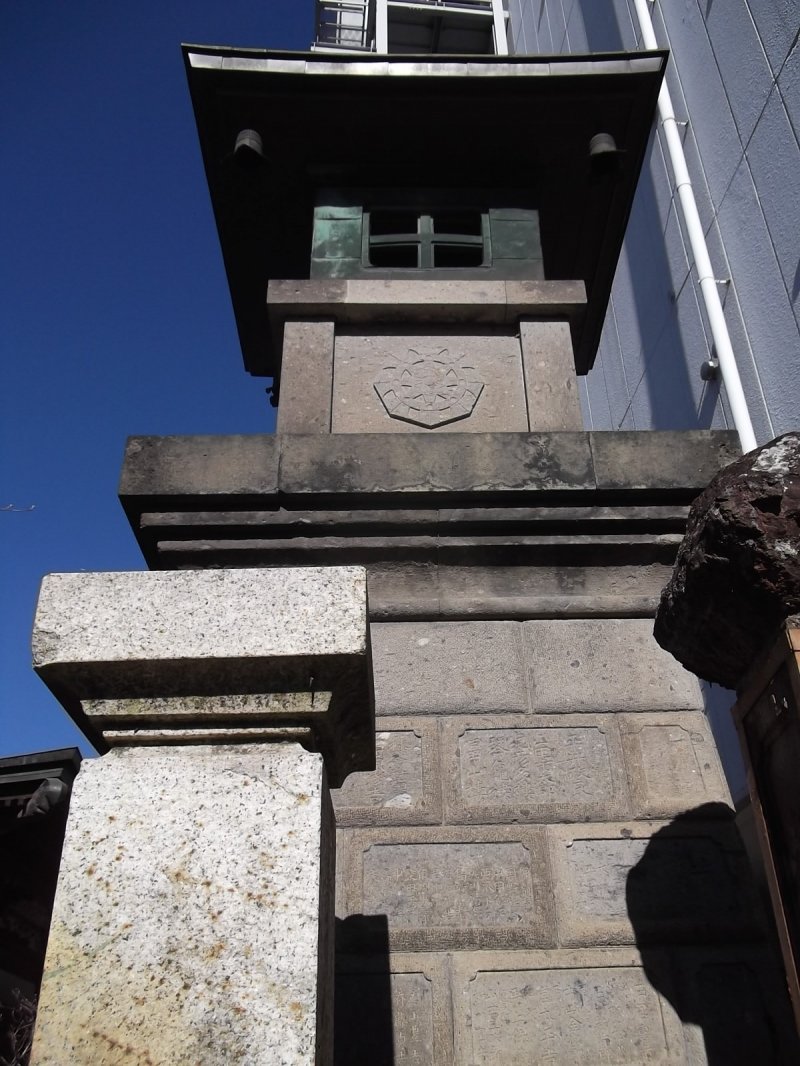 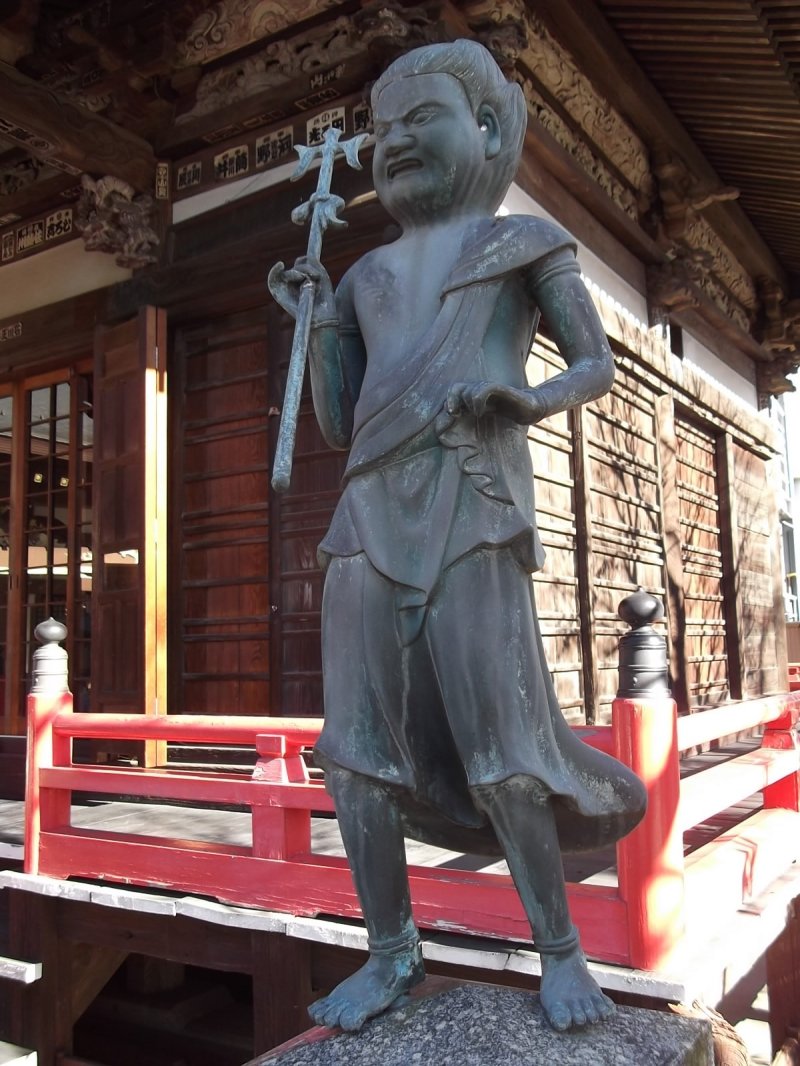 A statue by the main hall 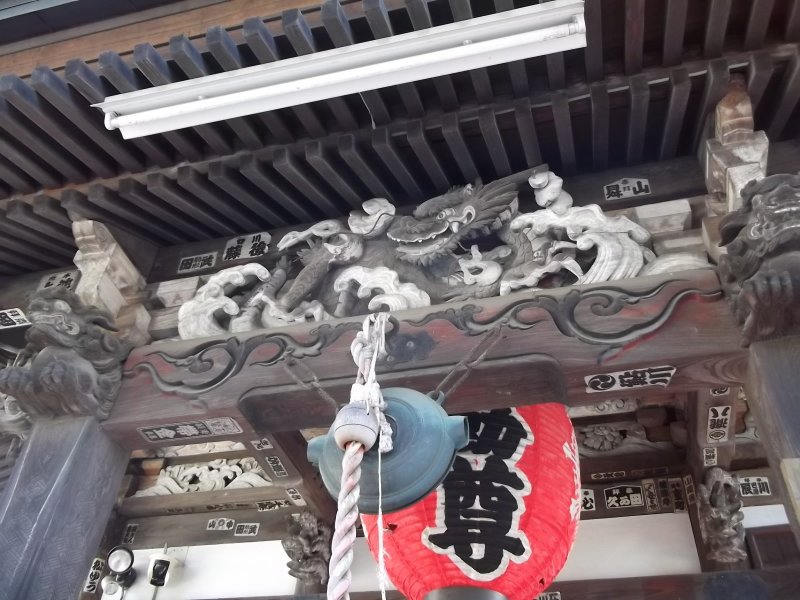 A dragon in the waves below the eaves 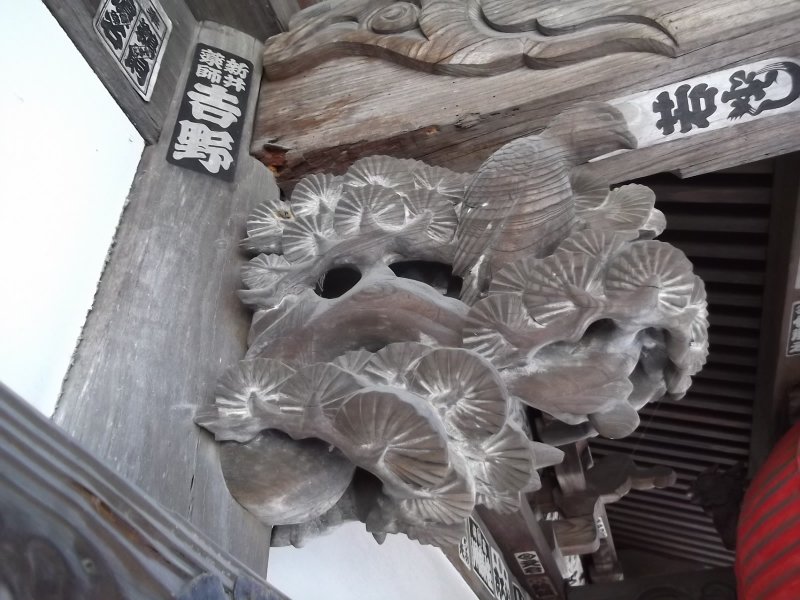 A carved bird on the main hall 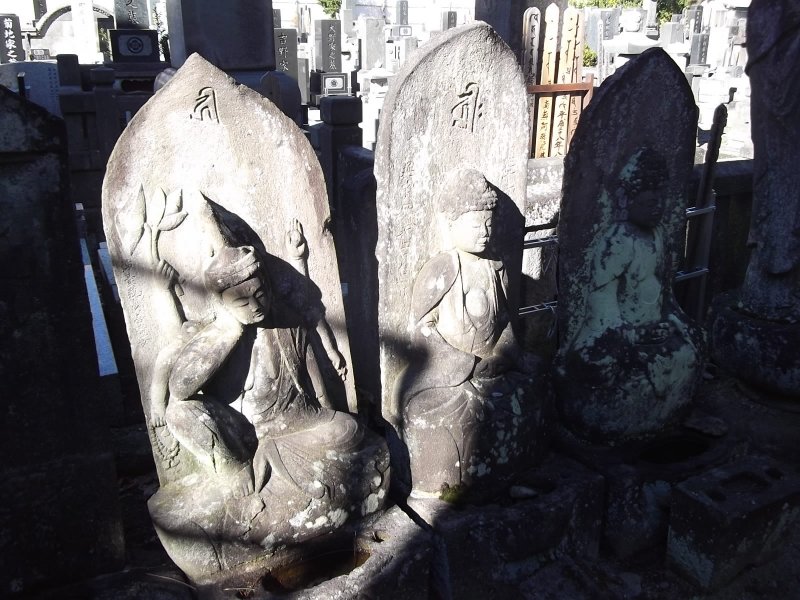 Grave markers to the rear of the temple 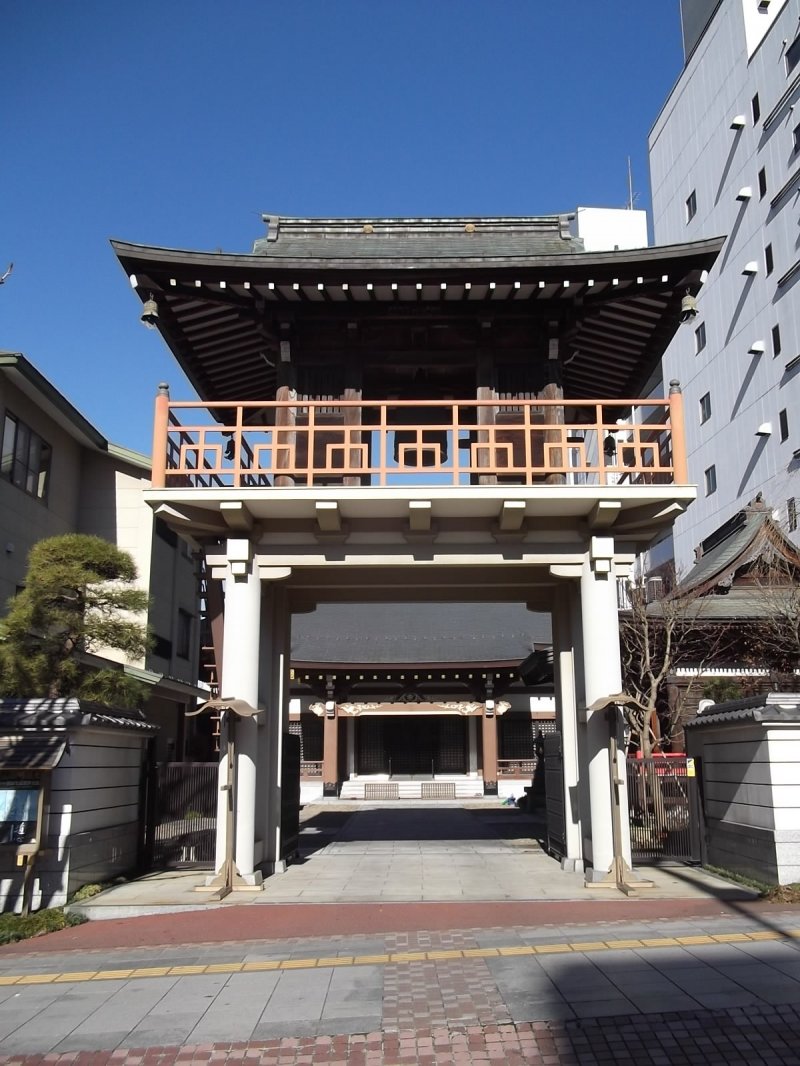 The gate from the street 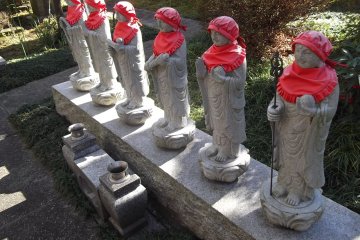 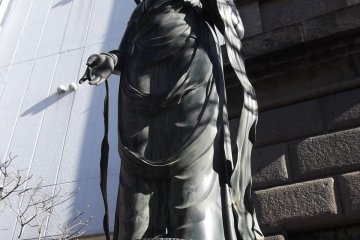 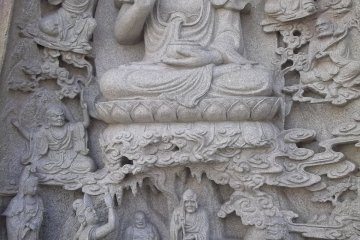 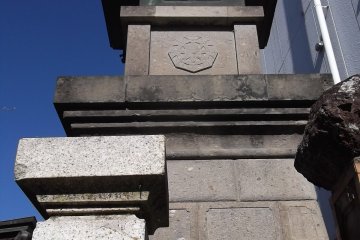 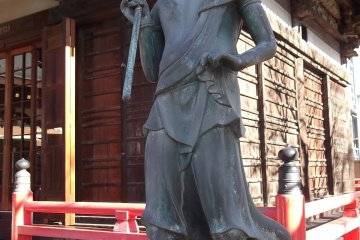 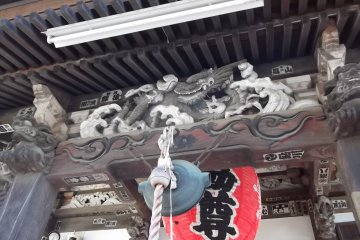 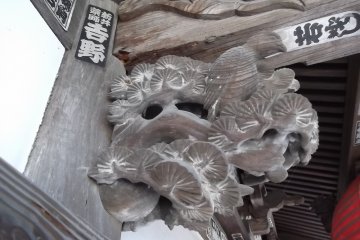 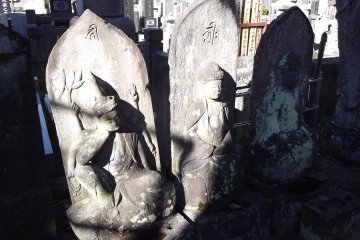 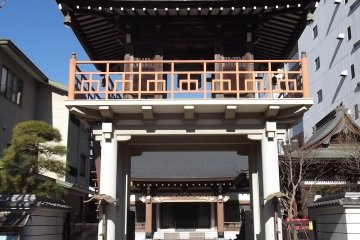 Close to the bridge to the west of Utsunomiya station, Houzou-ji is known locally for being home to the Oyori-no-kane, the 'evening bell', so called because it was rung every evening during the Edo era (17th to 19th centuries). It dates back to well before then, but was moved around from temple to temple, eventually settling here in 1944.

As well as the bell, there are a number of other interesting points here. Turn right as you enter from the street through the unusual elevated gate, and you'll find the six rokujizo, statues of the Buddhist guardian of children, as well as a taller statue of the Kannon, the goddess of mercy, and an elaborate carved relief depicting saints and deities aloft in the clouds.

There are a couple of unusual skinny guardian statues by the main hall, where you'll find a variety of charming and elaborate carvings, from little birds in flowering branches to a fierce-looking dragon crashing around in the waves. Then if you follow the path behind the hall to the left, you come to the peaceful graveyard, where there are more Buddhist figures serving as protectors for the spirits of the departed.