For a quick break between Christmas and New Year one time, I decided to visit Utsunomiya, and after an early start and a long train ride I arrived around lunchtime, very ready for lunch. The staff at Hotel MyStays let me leave my bags, and gave me an English map of the area, on which I found the words 'Thai restaurant'. I like Thai food, it was close to the hotel, so that's where I went.

It really is like crossing the border from Japan into Thailand as soon as you take one step inside; straight inside the door you come into a little passage with wooden floorboards, decorated with beautifully detailed tapestries, plenty of plants and flowers, statuettes of elephants and of women in traditional dress. The restaurant is nice and spacious inside, with a warm atmosphere and lots of wooden fittings; I especially liked the carved screens separating the tables. A good sign was the proper authentic condiments on the tables, chili sauce, vinegar and fish sauce (though they seemed to be from Vietnam rather than Thailand).

From the hand-written daily lunch menu, I chose the red curry, which came with hot sour soup and a small semolina dessert, and was a bargain at just ¥700. That said, though it was very tasty and enjoyably hot, it was a touch on the small side, and I'd recommend paying the extra ¥100 that gets you a bigger portion, which is still a bargain.

The comprehensive menu is in Thai, Japanese and English, and also has pictures of nearly every dish. There's a wide, wide range of soups, noodle dishes and curries, starting at around ¥500 for appetizers and side dishes, with main courses ranging from ¥900 to ¥2000, this higher price for the handful of crab dishes. As well as all the old favourites such as pad thai and green curry, there are more exotic offerings such as sour pepper shrimp soup, pork and pineapple curry, and stir-fried chili catfish. To get a good sampling of different dishes, try one of the set dinners: ¥2000 for six courses, ¥3000 for eight, ¥3500 for nine.

Then if you have room for dessert, at ¥280 there's ice cream, with lychee, coconut and (for the brave) durian flavours. Drinks are equally affordable: soft drinks are ¥250, wine and beer (including Thai brands Chang and Singha) are ¥500, and sours are ¥380, with flavours such as lychee, guava, mango and coconut. 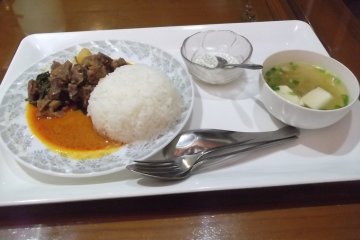 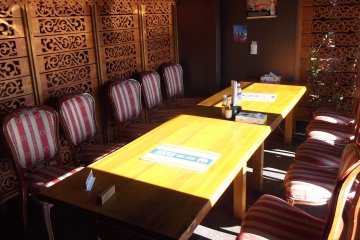 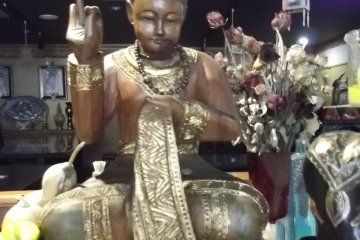 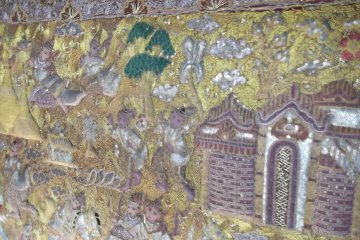 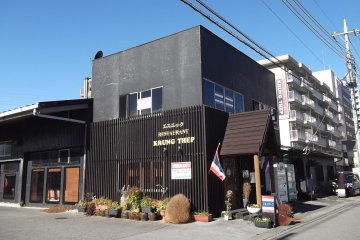