Akechi-daira (明智平) is the best viewpoint of the great and wonderful nature of Nikko. It’s on the way to Chuzen-ji Lake from downtown Nikko. Here, you can hold all of Mt. Nantai, Kegon-no-taki Falls, and Chuzen-ji Lake in one extraordinary frame.

If the weather isn’t good, the ropeway doesn’t run. From the ropeway, you can see the road you came up on--Iroha-zaka Pass (with its 48 hair-pin curves going up and down the mountain) to your right. You can also enjoy the view of many mountains overlapping one another in the far distance. In the woods below you, you’ll see a river meandering through the trees. It is the Daiya River. After a short 3-minute trip, you’ll arrive at the observation area—a wide-open deck with a 360-degree view. The ropeway runs from 9 AM to 4 PM throughout the year except March 1-15th. The one way fee is 390 yen (child: 190 yen) and the round trip fee is 710 yen (child: 360 yen).

The view from the deck

The west view consists of Chuzen-ji Lake and Kegon-no-taki Falls. You might see a rainbow near the basin of the waterfall! The white building at the bottom of the falls is a special observation deck, which you can reach by a special elevator. There is a thinner and shorter falls than Kegon on the right. It is Shirakumo-no-taki (白雲の滝). The small town on the right edge of the lake is Chuzen-ji Onsen. There are a lot of inns and hotels, restaurants, and souvenir shops. And the big mountain on the right is Mt. Nantai. If you are lucky, you’ll be able to see the entire mountain. But it’s quite rare, because Nikko is a very foggy place.

The splendor of the view from Akechi-daira was found and named by Tenkai, a high-ranking priest favored by Tokugawa Ieyasu (the founder of the Tokugawa Shogunate in 1603). It is said that Tenkai might have been the same person who secretly plotted treason against Oda Nobunaga, a samurai famous for his enterprising spirit. That person’s name was Akechi Mitsuhide. In the history books, Akechi attacks Oda and is later killed in Kyoto. But some experts now believe that he survived and escaped to become a priest in Enryaku-ji Temple in Kyoto (He later moved to Edo). The name Mitsuhide was recorded in the list of high-ranking priests in the temple. 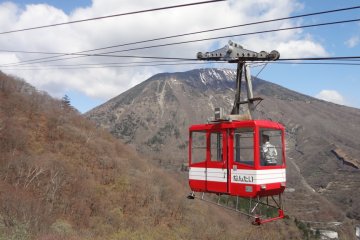 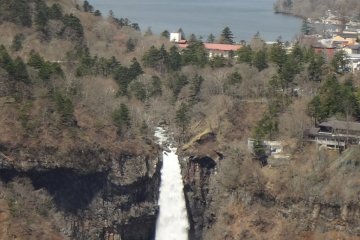 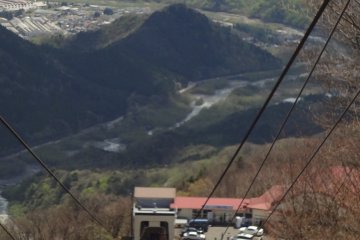 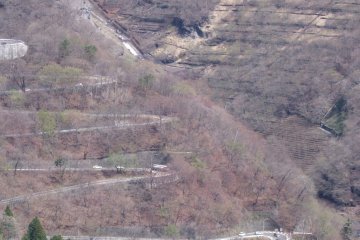 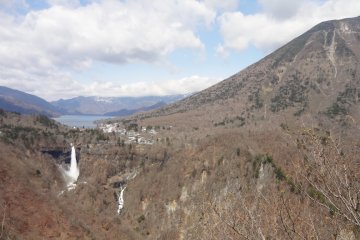 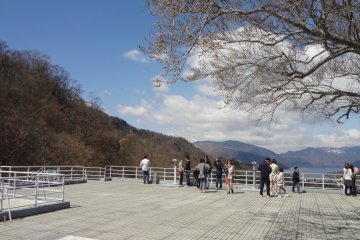 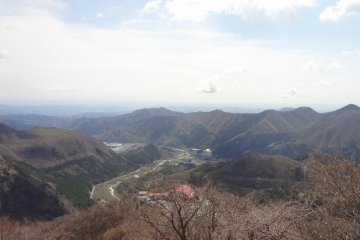 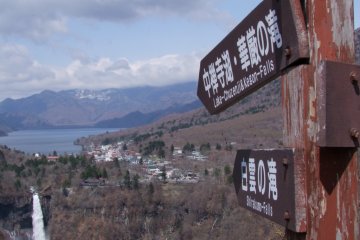