Because the journey is as important as the destination

The longest tree lined avenue in the world is in Nikkō. Japanese cedar trees (sugi in Japanese) stand 30 meters tall and enclose over 35 kilometers of road. The trees were planted some four hundred years ago to enhance the approach to Nikkō Tōshō-gū.

After Tokugawa Ieyasu's death in 1616, Nikkō Tōshō-gū was built to honor him. Matsudaira Masatsuna, one of Tokugawa Ieyasu's feudal lords, began planting cedar trees along three main roads to Nikkō, Reiheishi-Kaido Road, Nikkō-Kaido Road, and Aizu-Nishi-Kaido Road, which meet and became one road at the post town of Imaichi. Originally about 200,000 trees were planted in a project which began around 1625, and extended over approximately 20 years. The trees were donated to Nikkō Tōshō-gū on the 33rd anniversary of Ieyasu's death. Throughout the Edo Period the Tokugawa Shogunate held grand processions along Nikkō-Kaido Road.

Throughout the Edo Period, the trees were strictly protected, and could only be removed, due to damage with the special permission of the Nikkō magistrate. Whenever a tree was removed a new seedling was always set in its place. Villages along the road weeded, watered, and otherwise cared for the trees. Sadly for the trees, the arrival of the Meiji Era changed everything. Great numbers of the ancient trees were cut down to facilitate road construction. There was a plan to log the Suginamiki to generate money for the great reconstruction of Japan. Fortunately the logging plans were set aside, and much of Matsudaira Masatsuna's beautiful gift to the future remains.

Today the trees are still under the control of Tōshō-gū. Each individual tree is registered, with numbers starting from Nikkō Station, and a left or right designation. Some of the trees have their own 'stories'. For example, between Ichirizuka and Nikkō there is a tree bearing a bullet during the Boshin War. Another tree has been nicknamed Namiki Hotel, because there is a large space under the tree, big enough for two or three adults, where some of the trees roots have rotted away. I also read about a rare cedar named the sakura-sugi, which bears blossoms! However, I couldn't find any more information beyond that brief reference, so perhaps it's just a myth. Any trees that die due to lightning strikes or other problems are reincarnated as furniture or crafts.

All this background information doesn't tell you what it feels like to walk in the footsteps of the samurai between towering 400 year-old trees, to see shafts of sunlight illuminate thick moss on ancient milestones. You probably don't want to walk the whole 35 kilometers, but please make some time in your schedule to appreciate the magic of the journey to Nikkō as well as the destination. 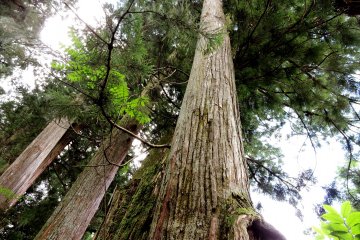 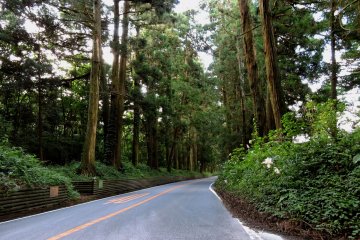 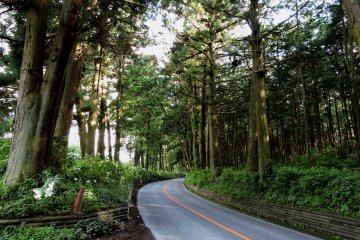 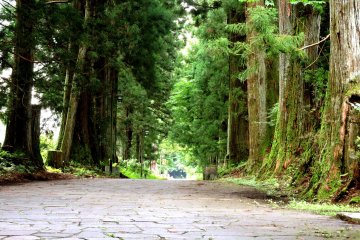 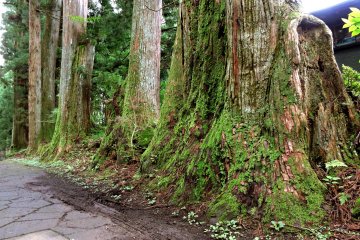 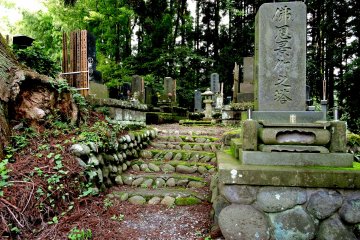 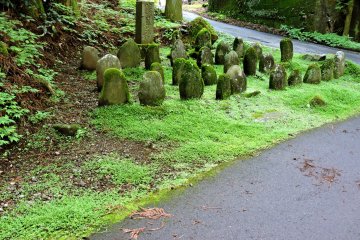 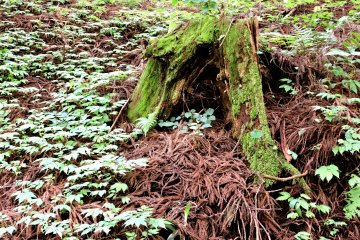 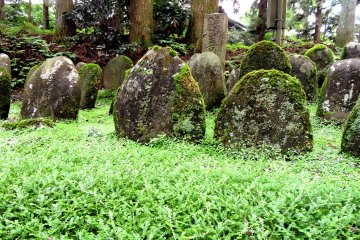