The creation of Nikko’s magical Tosho-gu was set in motion by Tokugawa Ieyasu, and physically set in place by priest Tenkai. Kano Tanyu designed the carvings for its structures. We discovered many hidden secrets that the two creators used in the first two articles. In this article I focus on another designer, Kobori Enshu, who arranged the landscape plans for Tosho-gu. But before that, I would like to tell you about two imaginary creatures that protect Ieyasu’s shrine.

Take a look at the roof of the Kara-mon gate. You can see four creatures defending the main building (Honsha) in four directions. At the front and back are Tsutsuga(恙), working as guardians during the night. Tsutsuga is a ferocious creature, much stronger than a tiger. Their legs are fastened with gold rings so that they can’t escape from here.

The word for mirage is shin-ki-ro in Japanese. The kanji character shows us that when the creature Shin (蜃) breathes out, a phantom tower appears—a mirage. You can see three curled tubes coming out of Shin’s mouth. These are not its tongue, but his visualized breath. Their role is to delude intruders away from Ieyasu’s grave.

Kobori Enshu was a grand master of the tea ceremony. As you might know, the famous master, Rikyu, completed the Japanese “Way of Tea” and pursued profound simplicity in it. Enshu continued with Rikyu’s concept of simplicity, but he modified and arranged the details. He established a new style tradition, adopting some (unknown) Western ideas. He showed a talent not only for tea ceremony, but also for laying out gardens, calligraphy, ceramic art, and especially spatial art. Kenji Miyamoto wrote in “Nikko Tosho-gu Kakusareta Shinjitsu” 『日光東照宮 隠された真実』that Enshu learned some advanced Western science from missionaries three years before he started to work on Tosho-gu Shrine.

Enshu’s methods for design of grounds

Enshu secretly introduced various Western styles into Tosho-gu. Officially, the Tokugawa Shogunate had closed its doors to the rest of the world, but in reality, the Shogunate had some secret channels that were used to bring in information and special items from other countries. Miyamoto says that the Emperor asked “a missionary” to teach European expertise to “an architect” under the Imperial Palace. Actually, three main techniques used in Tosho-gu were: Perspective, Vista, and the “Golden ratio” – three serious art concepts that flourished in Europe at that time.

Enshu wanted to create space that looked bigger than it really was, and paths that looked longer than they really were. The path between the big cedar trees is a good example. In those days, the further you went, the shorter the cedars were cut. This created the impression of a long, narrow path.

The stone stairway in front of the gate uses a similar method. Then and now, the higher you go up the stairway the narrower it becomes, and the height of each step becomes shorter and shorter. This creates the impression of a stairway that looks much longer and steeper than it actually is. The Romans also used the same technique to create cathedrals that looked much higher and deeper than they actually were.

When you pass through the stone gate at the end of the long line of cedar trees, you suddenly step into a wide open square space called “Sen-nin-masu-gata (a square for 1000 people).” This is similar to the idea of a European plaza, which is usually situated at the end of a narrow street. Enshu created this effect to make the space appear much larger than it actually was. At the same age, Michelangelo designed a park using the same method for Piazza del Campidoglio.

The golden ratio creates a feeling of comfort and calm when used in works of art. The golden ratio is about 1:1.618. Da Vinci’s Mona Lisa and the Last Supper use this method effectively—for example, Mona Lisa’s face with the width of her forehead and the length of the top of her head to her chin. Enshu used the golden ratio on Yomei-mon, Kara-mon, and the inside of Honsha (the main building). The ratio of width to height of Yomei-mon is exactly 1:1.618.

By the way, you can find “Heron’s Fountain” within the holy-water basin (fairly near the sacred horse stables). For it, Enshu secretly used a technique invented by Heron of Alexandria in the 1 century A.D. It is a water transfer system that uses a siphon method to move the water.

After the first gate of Omote-mon, soon we turn left, and then, turn right at the second gate. Next, we go up the stone steps to a platform for passing through the third gate. We repeat this process one more time, and finally reach the hall for worship. Gates and steps are barriers. It means that several strong layers of barriers protect the worship hall. But the most important place is not this. It is outside of those barriers. We need to step out from Sakashita-mon Gate and go up another set of stone steps toward Okumiya Shrine. The steps are mysteriously curved and the shrine is really simple and plain. In contrast to Tosho-gu’s brilliant colors, Okumiya is quiet. These complicated pathways and hidden, discreet building are Enshu’s special techniques to guard Ieyasu’s grave. Enshu followed Japanese classical methods to protect this area.

Enshu undoubtedly learned and digested Renaissance art secretly, and applied it to Tosho-gu. I appreciate that he didn’t hesitate to expand his world. And I believe that Ieyasu did as well. Enshu’s innovations, Tenkai’s hidden rituals, and Tanyu’s challenge of creating three-dimensional carvings from his two-dimensional paintings were all combined to build a Tosho-gu that became one of the most unique structures in the world. 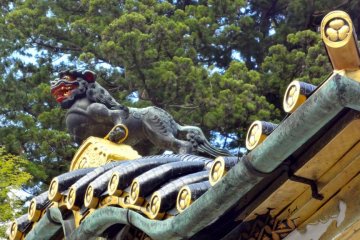 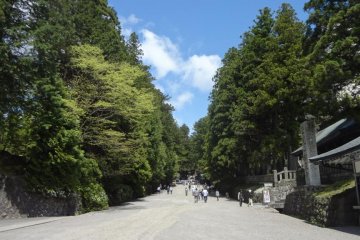 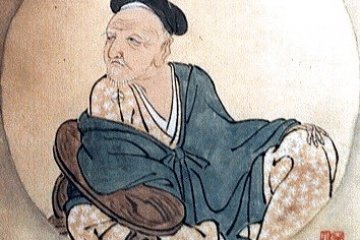 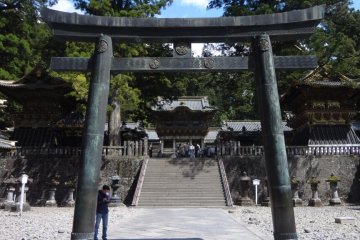 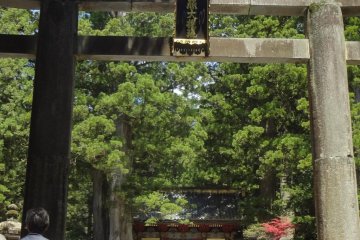 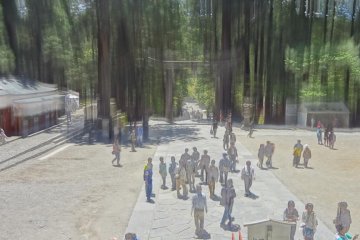 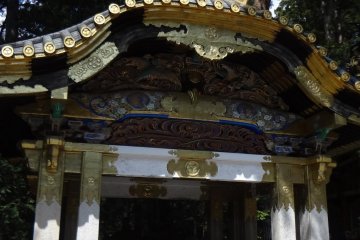 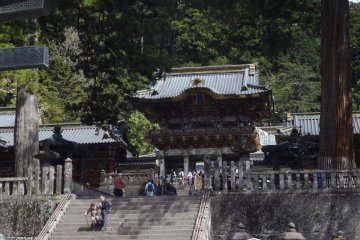 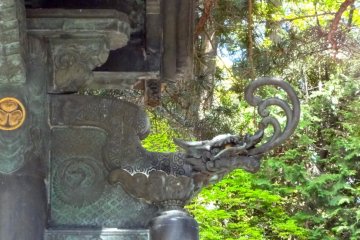 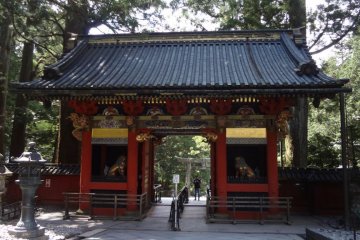 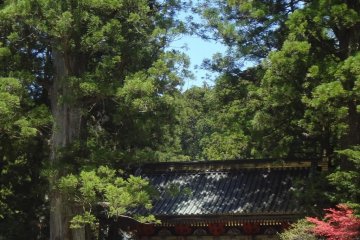 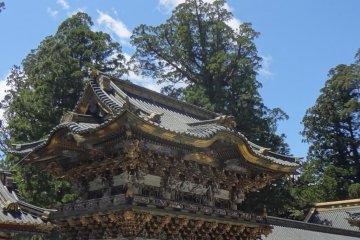