Touch the profundity of human history

Ohya-ji Temple, located in Utsunomiya, Tochigi Prefecture, is famous for its old Buddhist carvings (from 1200 years ago) inside the cave on the temple grounds. The temple itself is inside the cave, but the entrance is in front of the cave. You might be curious about how and why this temple came to exist.

According to local folklore, a poisonous snake lived in this cave and sometimes belched out poison into the river. If touched by the water, all forms of life died or became badly sick. One day, priest Kuhkai (also known as Kohbo Daishi) heard about their distress and went into the cave. Ten days later, he emerged, declaring that he had done away with the snake. People went into the cave and found a marvelous engraving of a thousand-armed Goddess of Mercy (千手観音). People appreciated Kuhkai and became believers in Buddhism. And thus (it is said), this temple was born. The year was 810. The carving is 3.89m tall. This is the main statue of the temple. This stunning carved image is the first thing you see when you enter the cave.

When you go deeper into the cave, three sets of three Buddhist images (nine in total) are carved into the wall. Before reaching the first set of images take a look down to the bottom of the cave. This is where some human bones were discovered (see below) in 1965. There are no signs, so be careful not to miss it.

Now, proceed to the three sets of carved images. Within each set there is a main image (a famous Buddha) and two lesser images. Experts are not entirely certain but they believe that the first Buddha image (carved sometime during the 9-10th century) is Shakyamuni; the second (10-11th century) is the Buddha of Healing; and the third (12th century) is Amitabha.

Outside the cave, there is a garden and small pond that includes a statue of the snake in the folklore story. The garden is fresh and green and many small stone Buddhist statues are scattered about inside it.

In 1965, during a simple excavation, a number of ancient tools, earthenware and one intact human skeleton (11,000 years old) as well as many other bones were discovered. After further diggings and much research, the cave was found to have been a human residence for a period of 9000 years. The skeleton was estimated to be the body of a man around 154 cm tall who died when he was about 20 years old. This temple turned out to be not just a unique temple, but an important ancient ruins as well.

We can see some of the artifacts from the excavations in a small museum inside the temple. There is a clay figure showing what the man’s face likely looked like based on the shape of his skull.

The temple (including buildings, cave, museum, and garden) isn’t big at all, but it’s unique and interesting. Here, we can touch both the profundity of human history and the sacredness of early Japanese Buddhism. If you have a chance to visit Utsunomiya, I recommend an excursion to Ohya-ji. 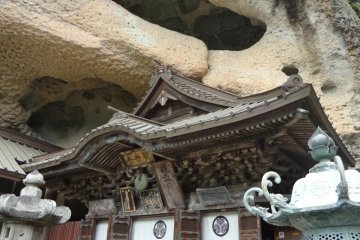 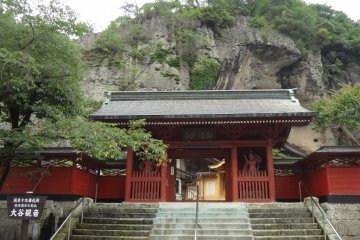 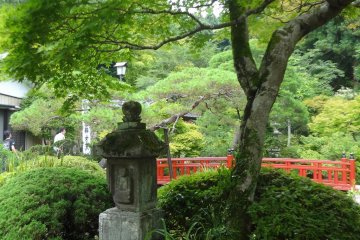 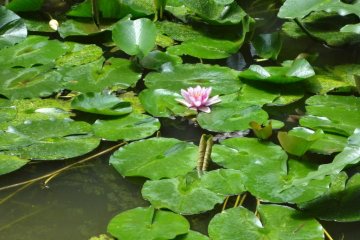 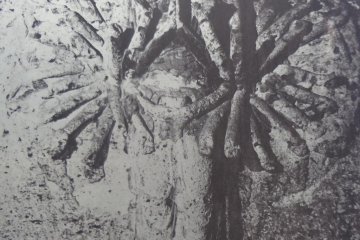 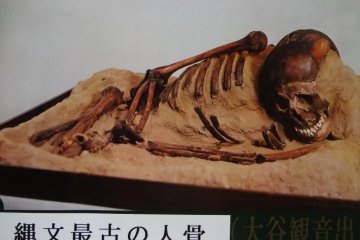 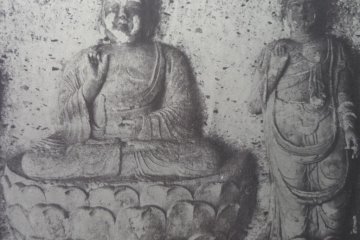 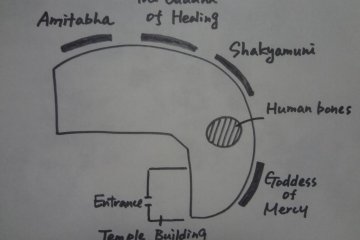 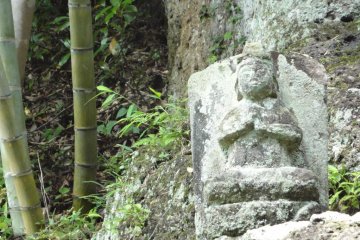 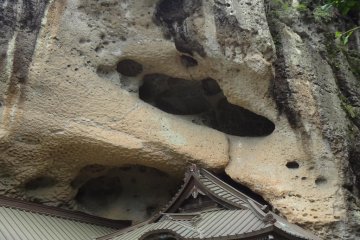 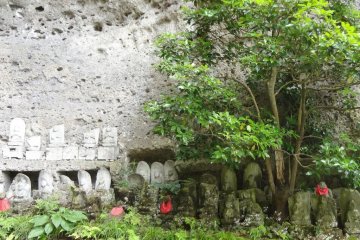 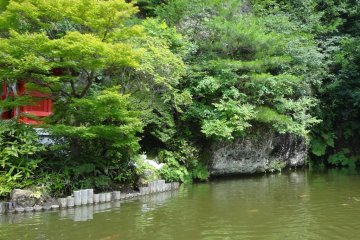 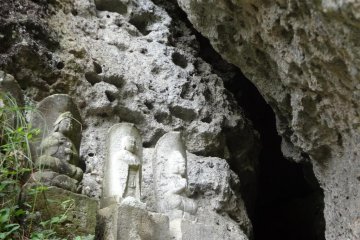