The Kazura Rope Bridge (Kazurabashi) is located in the Iya Valley region of Tokushima. Deep within the mountains, this bridge lies in the most accessible part of the Iya Valley. As such, there are many means of access and this is by far the most visited area in Iya. There is an abundance of little shops, restaurants, local fruit stands, ice cream shops, hot spring bath houses, accommodations, restroom facilities, parking, and more within walking distance.

The bridge stretches 150 feet across a gulch and is 45 feet above a small river. It is one of three remaining rope bridges left from over a dozen that used to be located throughout the Iya Valley region. These bridges were a means of transporting people and goods across gorges and valleys that would otherwise have been extremely time consuming. Legend has it that they were used, and perhaps initially constructed, by refugee Taira clan members fleeing defeat from the battle at Yashima during the Gempei War. Many such stories surround these bridges. There are some that say the bridges were designed and constructed by Kobo Daishi, the founder of the Buddhist sect of Shingon and the Shikoku 88 pilgrimage.

The rope bridges are made from Actinidia argute, a perennial vine native to East Asia. This mountain vine produces a fruit known colloquially by many names. I have seen them sold under the name “kiwi berries.” The vines themselves can grow as many as 20 feet in a single season, making it a great source of materials for these bridges. This style of bridge-making has a long history in Japan. The bridge is made of over 5 tons of Actinidia argute vines which are replaced every three years. The walk across the bridge can be a little unsettling with the wobbling of the bridge and the gaps between the planks as you walk. It is, of course, quite safe and the little bit of shaking only adds to the sense of adventure!

As a bonus, there is a waterfall only a short walk from the bridge called Biwa Waterfall. The waterfall is said to have been named because refugees from the Gempei War had stopped to play their biwa (a long stringed instrument) sorrowfully around it. The history of these bridges is such that, over the centuries, many old folk legends exist surrounding them. This waterfall is a great place to stop and relax, especially in the hot summer. Across from the waterfall are stairs down to the river that flows beneath the bridge.

The most popular time to visit the bridge is in autumn when the leaves start to change color. It still makes a popular destination year round, however, and if you want to avoid crowds it is best to start as early in the morning as possible.

I am a Seattle native, settled here on Shikoku these last few years. Love Japanese food, hiking, camping, swimming, and taking photos of this beautiful corner of the world! 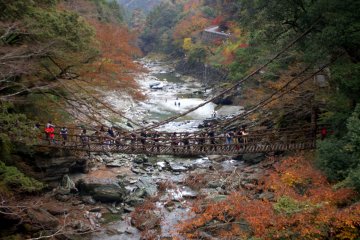 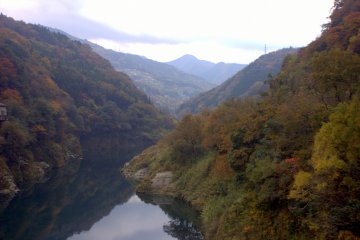 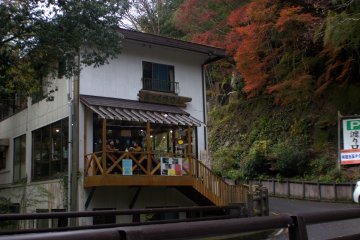 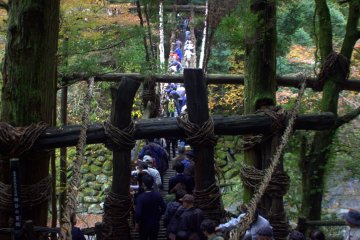 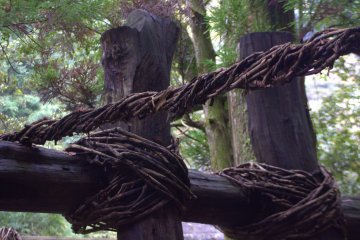 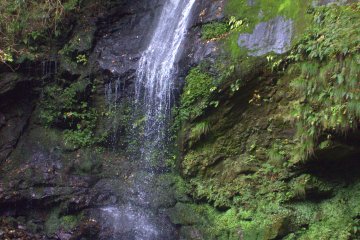 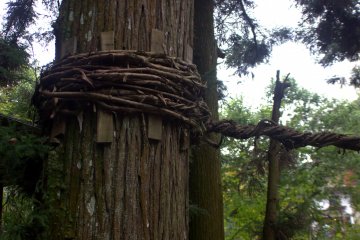 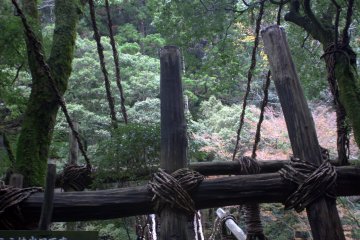 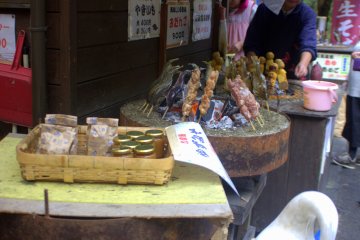 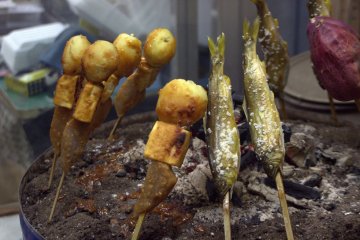