Living it Up in Avanti

Avanti is a frilly name for a no frills budget hotel, but the name suits its quaint and unique character. The owner is involved in making sure guests are comfortable, which makes you feel at home. My room was small, but I had a large desk, chair, and ledge running along the window to put my stuff. I had a fridge, TV, instant free wifi without need for a fussy password, an attached bath, hair dryer, toothbrush, nightshirt, a hanging space and hangers for clothes. I did have to collect and carry my free breakfast of nonstop coffee, apple juice, two fresh raisin rolls filled with margarine, and an egg up to my room. At the reception is also a toaster oven, and hot water dispenser. It is manned by the owner and two old geezers (one whizzing in on a motor bike every morning with crash helmet) who also provide tourist information.

Higiri Tohru, the owner, started the hotel 30 years ago. He speaks Spanish and chose Avanti because in Spanish, it means Go, Lets Go, Forward, Advance, which he thought appropriate for a hotel. He also wanted to remember a close university mate of his in Latin American Studies. He chose a budget concept to be of use to more people, offering comfortable accommodation to travelers who needed to economize. Judging by the almost daily sign I see at reception, “Hotel fully occupied”, it was a good decision. His early clientele was 80% business travelers, but now he enjoys helping foreigners from all over. He has a wall full of photos of happy campers.

There is something personal and engaging about staying at Avanti. How memorable, really, are hotels we stay at, even the well-heeled ones? I stayed at a non-budget hotel just before Tokushima, where the breakfast was charged and you still needed to get more coffee at MacDonalds’s, the wifi had an “authentication problem”, and the staff were never going to be anyone’s new best friend.

The Avanti is unpretentious, unaffected, it has no lobby with Philip Starck furniture - egad, it doesn’t even have a lobby! But the owner seems proud the hotel is like his “own place”, and manages it accordingly. I think the Avanti adds a new dimension to the meaning of budget.

Walk to the Avanti from Tokushima Train Station, across the canal bridge, following the signs for the Awa Odori Kaikan, and Mt Bizan Ropeway. Next to Avanti, just a one minute walk, is also a sento, Japanese hot bath house, with automated laundry. 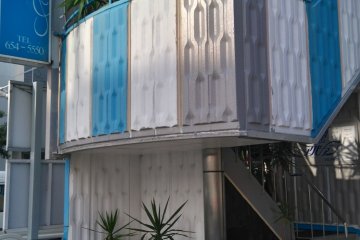 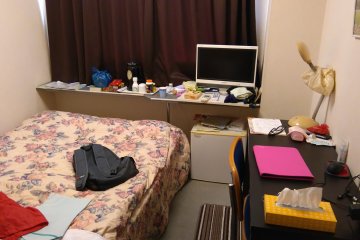 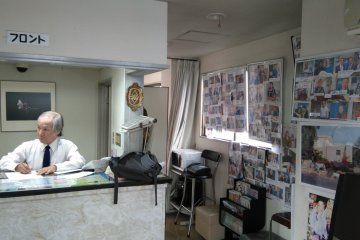 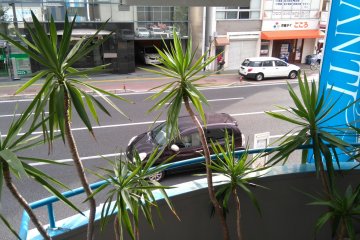 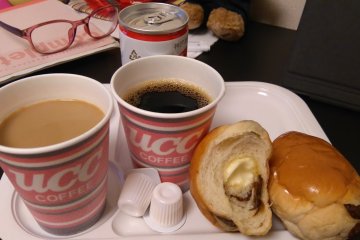