When Modern is Retro

When I told the staff that I am going to visit Kurayoshi after a night at the Tami hostel in Yurihama, they quickly recommended checking out Modern, handing me a discount coupon for for a “banana milk”. Following this recommendation was the best thing I could have done.

First of all, let’s talk a bit about Kurayoshi, located in Tottori prefecture, between the city of Tottori and Matsue. For the most part, tourists stopping at the station will go toward Misawa town to see Mount Mitoku and the Sanbutsu-ji temple, that is literally built on the face of the mountain and I would personally not mind stopping at Misawa onsen if I visit the area again. Then, there is the Shirakabe area, that quite is interesting and charming to enjoy a traditional Japanese townscape of the Edo period. The area includes the Kurayoshi Circular Figure Museum and the Tottori Nijisseiki Pear Museum, so there is plenty to see in the area that is 4 km south of the station and easily accessible by bus if you do not feel like walking.

The good thing is that Modern is located right next to the main street of the Shirakabe area. So after a bit of walking in the neighborhood, I was getting hungry, and decided to head toward the restaurant. It was fairly easy to find and there was even a chalkboard with the name of the restaurant written in roman letters, so for sure I was at the right place. I opened the door and… wow, what is this place? I was shocked.

Modern is absolutely not modern… it’s the most epic retro restaurant I ever went to. It feels really welcoming. To be clear, just as the blackboard at the entrance say, we are talking about Showa retro, like 1980’s retro, with vinyl record player, tube television hooked to a Famicon and awesome posters. To see more, check pictures on Facebook, Instagram or Google Map.

The menu, decorated with a cute Doraemon looking character, is both in English and Japanese, while the description of each menu item is only in Japanese. I asked for a recommendation and the two proposed meals were Hayashi Rice and Gyusuji Ramen. I set my choice for the Hayashi Rice as I already had spotted a ramen place for dinner as Kurayoshi is known for it’s Gyukotsu Ramen, or beef bone ramen (yes, this is unusual, as tonkotsu, or pork bone is much more known). I also got the banana milk as I had a coupon for a rebate. It ended up being a really good and affordable meal.

The food is good, the place is lovely, so if there is one thing to remember, it’s that if you decide to visit Kurayoshi, you have to stop at Modern.

Back in the street of the Shirakabe area, surrounded by Edo period buildings, now I understand why Modern is modern.

Modern is 4 km south of Kurayoshi Station, on the San-in Line. From the station there are different buses going in the area (check with the information desk at the station), and you stop at either Akakawara Shirakabedozo Bus Stop or Shirakabedozogunzen Bus Stop depending on the bus you use. 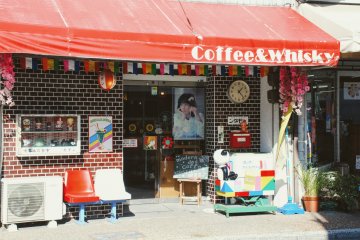 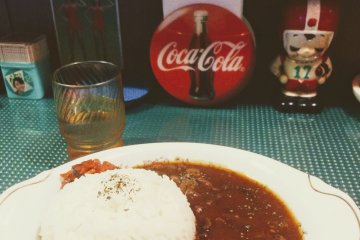 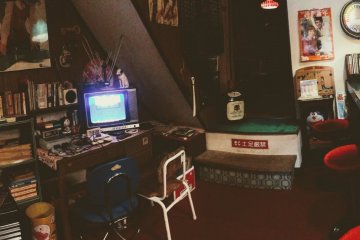 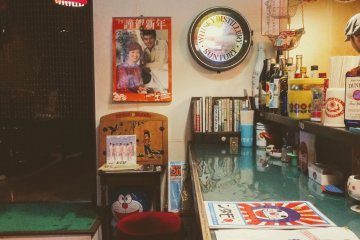 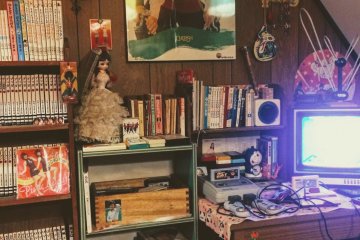 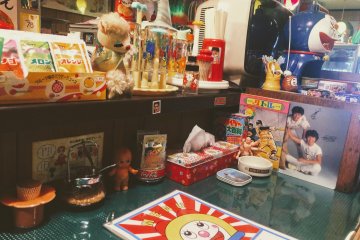 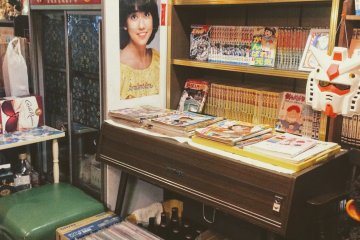 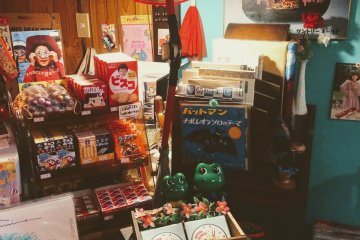 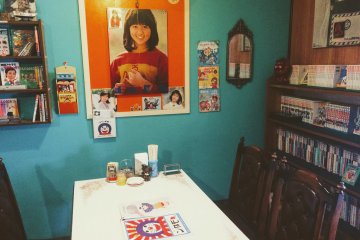