About a 5 minute drive from Nisseki-ji sits the house which was used as the family home of Hana, Yuki and Ame from the 2012 animation, Ookami Kodomo no Ame to Yuki – or to go by it's English name, Wolf Children.

Directed by Toyama-born Mamoru Hosoda, the film tells the story of Hana who falls in love with a "wolf man". After they marry, Hana gives birth and raises two wolf children named Yuki and Ame. The family live quietly in a corner of a city concealing the existence of their wolf children. However, when the wolf man suddenly dies, Hana decides to move to a rural town far removed from the city.

Without giving too much away, the rest of the movie tells the story of Hana's struggle as a single mother trying to keep her childrens' true identity a secret; and Ame and Yuki who have to decide their own paths in life.

This house is the house that the director chose to set his story. Not only is it a beautifully preserved Japanese house but upon visiting it you’ll feel almost as though the story from the film actually happened. The director not only modeled the house exactly as it stands, but also many of the surrounding pathways through the forests around the house. You can see screenshots inside from the movie as well as photos from the surrounding areas showing their likeness.

During summer you'll be greeted by the very nice landlord. The landlord will really appreciate your visit and will likely ask for you to mark your hometown on the many maps that adorn the wall of one room (when I visited, they didn't yet have a UK map so was asked to sketch that too - which the finished piece I do apologize for) and perhaps even a photograph with him in the garden.

Once you're done with photographs and proudly marking your territory, you can then sit down, relax and drink tea in main room. Here will have it's front sliding doors fully open to allow guests to gaze out to the garden and enjoy the peaceful ambiance of the house and surroundings.

If you decide to arrive during winter, when the snow is piled high, you'll see a wonderful other side to the house. Although the landlord will be at his home off duty season the doors were still open and you can still enter the house and wander around by yourself. In the movie there were also some climactic scenes during the winter and those are the scenes brought to life if visiting then. I do recommend wrapping warm and wearing snow boots though, it will be cold.

So if you're looking for a hidden treasure in Toyama that not too many people know of (many people know the movie, however few know that there is a real house it was based on), where there aren't mobs of tourists, and for free, then I couldn't recommend a visit to Hana, Ame and Yuki's house highly enough. There is also, as mentioned previously, Nisseki-ji​ nearby too. You won't find any buses or trains to to here though, so you'll either need to drive, or as I did once - cycle: if the short steep climb past Nisseki-ji doesn't kill you that is.

I've been living in Japan now for 5 years having lived previously in Inaka (Toyama) and now in Tokyo. Love to learn about new places to explore. 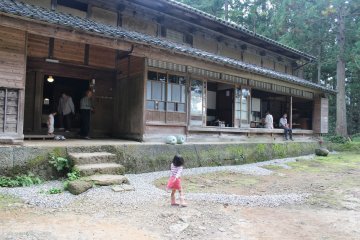 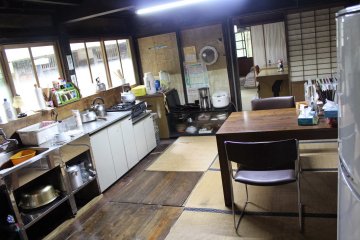 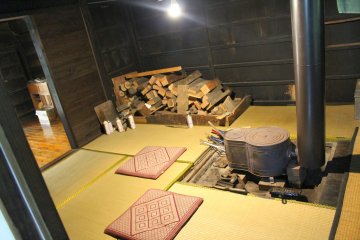 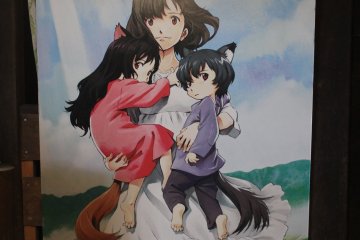