The Home of the Sanada Clan

Saints and samurai in the foothills of Koyasan

Kudoyama is an unassuming little town in northern Wakayama prefecture nestled in the foothills of Mount Koya.

The overwhelming majority of travellers pay Kudoyama no mind at all as their train stops briefly on their way to Koyasan. But if you do step off, you will find a place of fascinating history that the residents are fiercely proud of.

Kudoyama is most widely known for its links to Sanada Yukimura (or Sanada Nobushige to use his real name). The Sanada Clan were a relatively minor family who served the much more powerful Takeda Clan and were based at Ueda Castle in Nagano Prefecture. After the Takeda were destroyed, the leader of the clan, Sanada Masayuki, managed to keep their independence by playing many of the more powerful clans against each other.

In the year 1598, Toyotomi Hideyoshi, the de-facto leader of Japan, died. Since his son was too young to take over, the country split in two. The western army, under the daimyo Ishida Mitsunari and the eastern army under the ambitious Tokugawa Ieyasu. As a ploy to ensure the survival of the Sanada; Masayuki and Yukimura sided with the West and Yukimura's older brother, Nobuyuki, joined the East.

With the defeat of the Western forces at the Battle of Sekigahara in 1600; troublesome samurai such as the Sanada would often be executed; especially because Masayuki had twice defeated huge Tokugawa armies that laid siege to Ueda Castle. And Yukimura was fast earning a reputation as the strongest warrior in Japan. Luckily, through the influence of Nobuyuki, they were instead banished to Koyasan.

However, since women were not allowed on Koyasan, they petitioned the Tokugawa to show a little leniency and allow them to live somewhere with their wives. Thus, permission was granted for them to move down the mountain to the village of Kudoyama.

Here they lived in relative comfort, even starting up a successful weaving business. Still, they remained cautious as the situation in Japan remained tense. They went as far as hiding stashes of weapons around their house and preparing hiding places and escape routes.

In 1611, Masayuki died of illness. Then, a few years later; Yukimura would once again march to war. He escaped Kudoyama to join the young lord Toyotomi Hideyori in the defence of Osaka Castle against the Tokugawa. His heroic actions prevented the fall of the castle during the first siege in the Winter of 1614, but he met his end during the final siege in the Summer of 1615.

900 years earlies, Kukai, the founder of Koyasan, would pass through Kudoyama on a regular basis. As one of the most influential Buddhist monks of his time; he would sometimes be called to Kyoto for an audience with the Emperor.

Kukai's mother would also come to live in Kudoyama and since she was prohibited from climbing the mountain, he would instead walk down to visit her.

The first thing you notice when you step off the train at the little wooden station are banners bearing the Rokumonsen, the six circles that form the Sanada family crest. This symbol represents the six coins that would be placed with the body after death to pay for your crossing of the Sanzu River, much like the River Styx from Greek mythology. It was to show that the warriors of the Sanada had no fear of death.

From the station, it is about a 10-minute walk to the first location, Sanada-an, but along the way, you might notice a curious little hole next to the road. The legend is that Yukimura used a secret tunnel that started here and took him all the way to Osaka Castle so that he could take part in its defence.

The Home of Sanada Yukimura

Sanada-an itself is a small temple built on the site of the home of the Sanada clan. The temple, officially called Zenmyoshoin, was built by a priest named Daian 1741, a little over 120 years after Yukimura's death in battle.

The Rokumonsen crest can be seen throughout the temple precinct, with the most obvious carvings on the wooden gate houses and the small stone torii at the entrance to a little shrine. Next to the temple is a stone well, sealed with a heavy stone lid. Legend has it that Yukimura used this well to trap some lightning that was damaging the area.

There is also a small museum which contains several Sanada family artefacts, mainly personal objects rather than arms and armour. The building could easily be mistaken for a house and you do not need a ticket to enter, but there is a donation box just inside the door.

Just a few minutes’ walk down the road is the Sanada Museum. This was built to coincide with the Sanada Maru taiga drama (year long, epic drama shown on NHK a few years ago). The museum itself is not very big; but it does have some great displays and a short film that uses scenes from the taiga drama to help tell the story.

There are some large, interactive displays where you can see how the Sanada concealed escape routes and weapon caches within their house. It also has some fine examples of Sanada Himo; the strong bindings that the Sanada used to weave to attach their armour or fix their swords to their obi. Some, but not all, of the displays have English information.

The museum is open from 9am until 5pm and has an entry fee of JPY 500 per person.

The final stop is Jison-in, an unusual temple notable for its Ema (wish tablets) depicting breasts. It is about a 15-minute walk from the Sanada Museum, down a quiet lane where you can find some lovely and cheap persimon in autumn.

Another relatively small temple; it nevertheless has a rich history, and its statue of a seated Miroku Bosatsu Buddha is a national treasure that dates back to the 8th century. It was built by Kukai for his mother so that she could live and pray near Koyasan even though she was prohibited from climbing the mountain herself.

It became a "Women's Koyasan"; somewhere that women could come and worship and make a connection with the sacred mountain above them. This connection has continued through the ages and now takes the form of unusual ema. Women come here from all over Japan to pray for a safe childbirth or protection and recovery from illnesses such as breast cancer.

Up a steep flight of steps behind Jison-in is Niukanshobu-jinja; a small shrine dedicated to the hunter spirit that is said to have guided Kukai to Koyasan. This small shrine also marks the beginning of the Choishi-michi, a 24km hiking trail that winds its way up the mountain to the Danjo Garan, the beating heart of Koyasan.

Marked every 109m (a Cho) by a stone marker (an Ishi), this trail follows the route that Kukai would take to get up and down the mountain. Later, it would be used by pilgrims; from Emperors to peasants, who were making their way along the Koya Kaido, an ancient road running from Kyoto to the holy mountain.

The biggest festival of the year in Kudoyama is the Sanada Matsuri. This two-day event takes place on 4-5 May to celebrate the lives of the Sanada Clan. The highlight of the first day is the Teppo (Japanese musket) display with demonstrations given by teams from Kudoyama, Osaka Castle and Nagano Prefecture (from where the Sanada originated).

On the afternoon of the second day is the huge samurai procession. Led by actors playing Masayuki, Yukimura and the Sanada Ten Braves; hundreds of people follow behind dressed in armour, or as monks or ninja. Even the local children get involved with their own miniature versions of the Sanada Clan.

The parade winds its way through the town until it reaches Sanada-an. As each hero enters the gate, an announcer calls their name before they hold the closing ceremony to thank everyone for taking part.

Kudoyama is a fascinating little town just off the beaten track and well worth taking a few hours to explore when making your way too or from Koyasan.

To reach Kudoyama, take the Nankai Koya Line from Nankai Namba Station and get off at Kudoyama. You will need to change to a local train at Hashimoto Station and Kudoyama is only 3 stops after that. 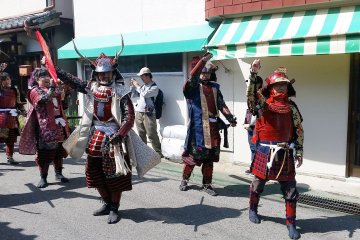 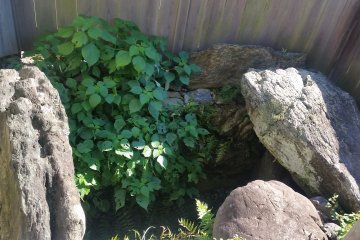 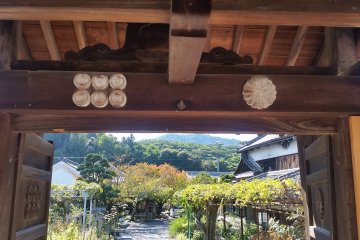 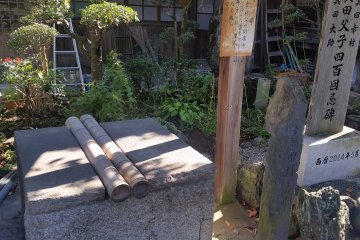 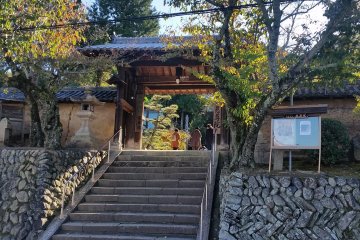 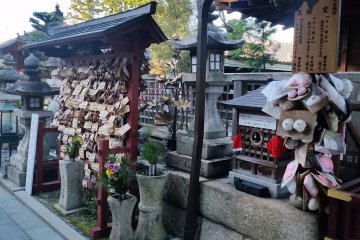 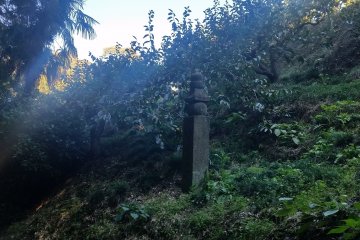 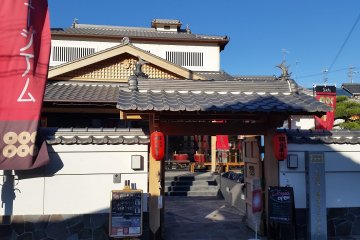 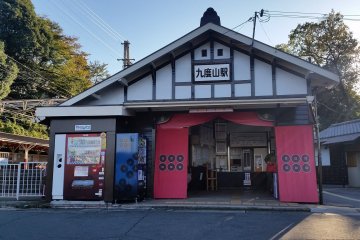 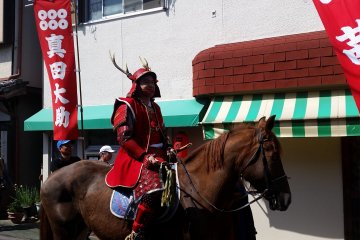 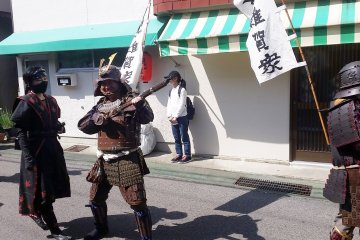 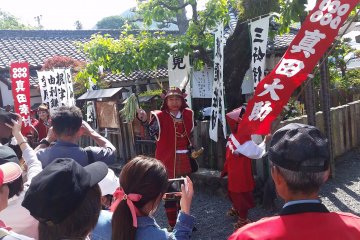 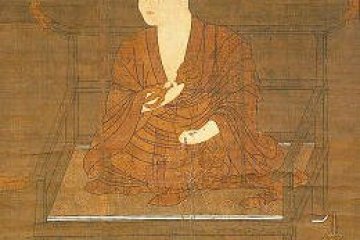 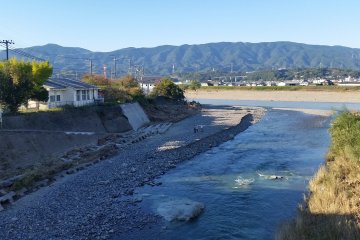 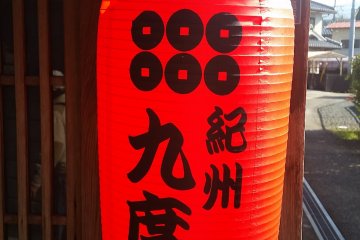 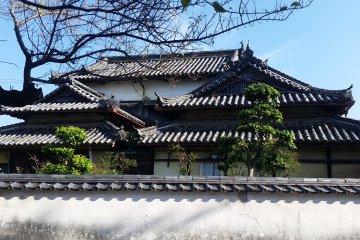