Blue Impulse takes to the skies and awes the crowds

With its introduction in 2011 in Sendai, the Rokkon Festival is the pride of the Tohoku region. At this "Six-Soul Festival" the most popular festival in each prefecture is highlighted on one stage, making this a celebration that is not to be missed! Yamagata Prefecture was the host this year, and the festival was kicked off in grand style with an incredibly breath-taking performance by the Japan Air Self-Defense Force (JASDF). One moment you are enjoying some tasty food or checking out a performance then out of no where five Kawasaki T-4 jets zoom through the sky in mere seconds. Nothing is left but smoke streams and a faint roar of the jet engines in the distance. And the crowd goes wild. This is Blue Impulse!

Blue Impulse is the demonstration team of the JASDF. Founded in 1960 and now based in nearby Matsushima Air Base, it probably took the jets less than thirty minutes to arrive in the next prefecture's capital city with their speed. Their swoops, dives, and aerobatics in the sky were done with such precision it almost resembled a symphony. And with their strict training regime and past successes, no wonder everyone was in awe. The group has flown at the 1970 and 1990 Osaka expo, the Winter Olympics in Nagano in 1998, and even way back in the original 1964 Tokyo Olympics where they drew the Olympic rings in the sky with different color-producing smoke machines. In 1999, Blue Impulse even became a legend forever with a video game featuring the group made in 1999. Their popularity only seems to be increasing.

Unaware of what the next formation would be, where it would start, or from which direction the planes would come, eyes were all glued to the sky. For those trying to catch a photo of the fast moving targets, I was only able to get some by predicting the movements of the jets and pointing my camera in an empty part of the sky ahead of what I thought would be the jets' path, readying for the shot. However, sometimes the jets would change directions without warning. There is surely some luck involved.

Keep a lookout for Blue Impulse! at major events and festivals in Japan, especially around the north eastern Tohoku region. With a reputation that precedes them, the famous "Blue Impulse" will not disappoint!

I currently teach English in Sendai City. Whenever possible, I seek out adventures in this enchanting country. 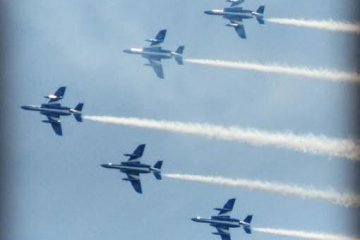 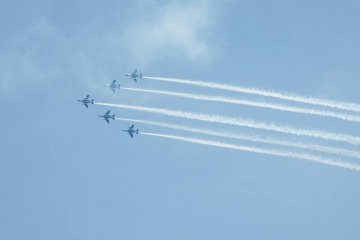 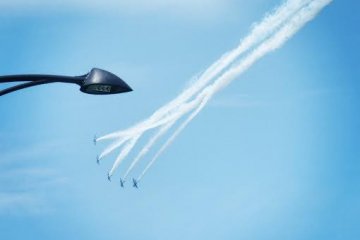 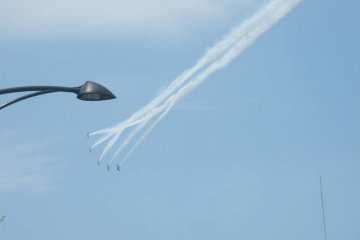 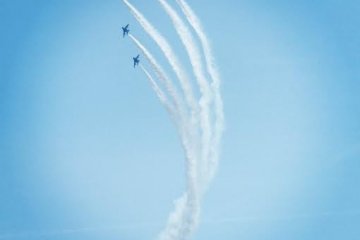 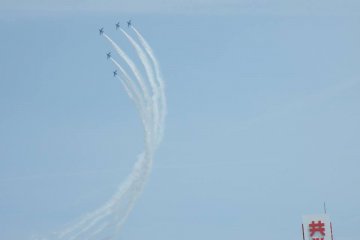 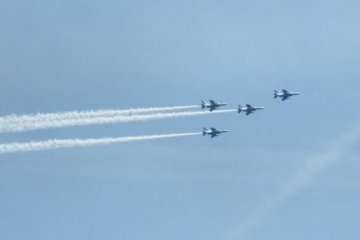 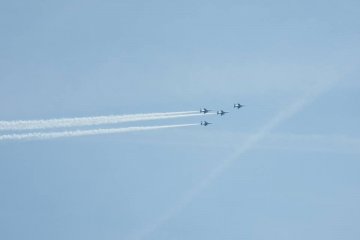 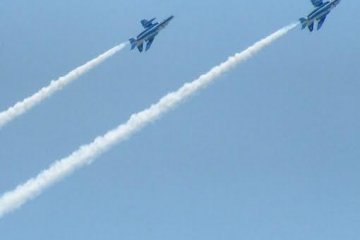 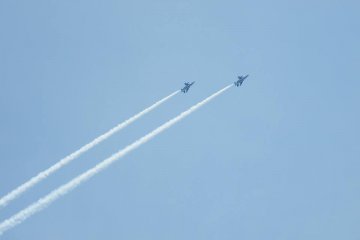 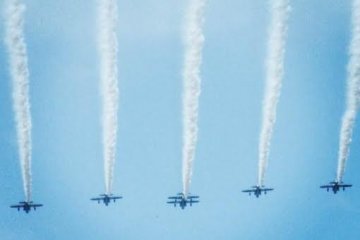 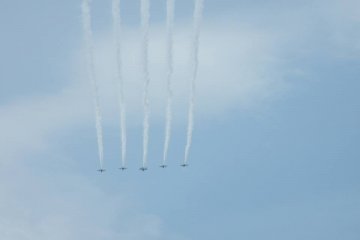