The Sanno Club in Sakata City

The Sanno Club, an expensive dining hall in Sakata City during Japan’s early Meiji Era (1868-1912) is now an exquisitely preserved building that gives you a glimpse into the rich merchants’ nightly pursuits at the time.

Nowadays it serves as a workshop for making traditional kasafuku dolls, where you can try making some cute dolls that will become your very own personal souvenir from Sakata.

What are kasafuku? Literally “happy umbrella”, they are little dolls made from cloth in many different shapes and arranged on strings hanging from an umbrella-type structure.

The craft of making kasafuku, unique to Yamagata Prefecture, is a dying species like so many other traditional crafts in Japan. Such hanging ornaments have been part of Japan’s traditional culture since the Edo Era.

While kasafuku are unique to Yamagata Prefecture, there are two other areas in Japan where similar hanging ornaments are made but they're given a different name.

There are hundreds of different ornaments and each ornament carries a meaning. They can ward off evil, bring you good luck, help you in your relationships, bring success in school or at work, and help couples who wish for a baby.

Much like other lucky charms in Japan, different kasafuku dolls are selected depending on your hopes and wishes for your children, your family and for yourself.

In addition to being lucky charms, they also serve as seasonal decoration. Depending on the time of the year, different shapes and colors are selected. Kasafuku make great decorations as these little dolls easily create a happy atmosphere in any room.

What’s more, they also make great decorations for children’s rooms. Just keep them out of reach of your children as these handcrafted, precious little objects are quite fragile.

Kasafuku are especially popular during Japan’s hina matsuri, the Doll Festival, or Girl’s Day, which is celebrated every year on March 3. During the festival, ornamental dolls are typically displayed sitting on some sort of platform which is covered with a red cloth. However, kasafuku are displays of dolls that hang from what looks like an umbrella.

Sakata City is now making efforts to re-train some craftsmen, actually craftswomen. They gather on the second floor of the building that has become a sort of kasafuku workshop and showroom.

You can watch them putting the dolls together for however long you want and also ask questions or ask them to show you. They happily pass on their knowledge to visitors of the Sanno Club who would like to have a go at making kasafuku. 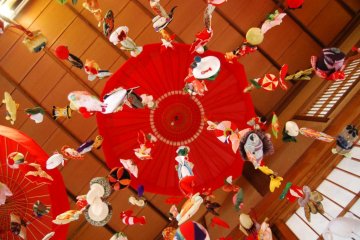 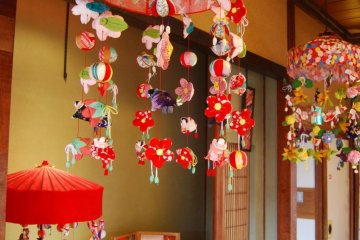 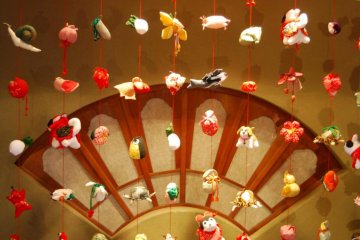 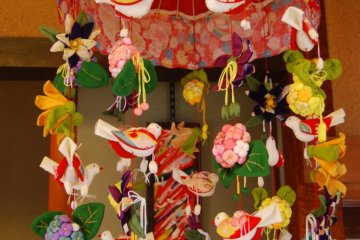 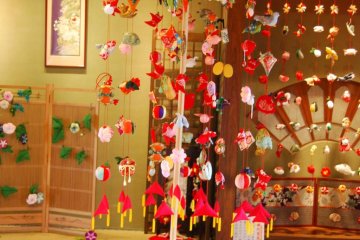 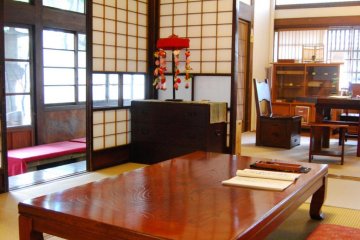 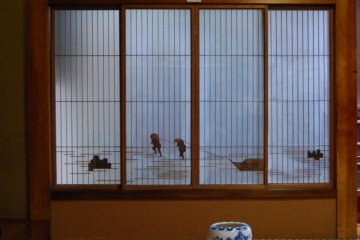