Mt. Haguro During the Winter

One of the three peaks of Dewa Sanzan

With a name like Yamagata (山形) it’s no surprise that this prefecture in Tohoku is comprised of many majestic mountains. Perhaps the three most famous “yama” are the legendary Dewa Sanzan. This area is composed of three mountains: Mt. Haguro, Mt. Gassan, and Mt. Yudono. Most hiking in the area is understandably done in the spring or summer months. However, for something different and a unique experience why not try a winter hike at Mt. Haguro?

Mt. Haguro is the most easily accessible mountain at Dewa Sanzan and the only one you are able to explore during the snowfall that blankets the area for nearly four months every winter. There’s something about seeing a winter landscape that is breathtaking—and I’m not just talking about the frigid temperatures. The tori gates are covered in a white powder while streams are suddenly swallowed by mounds of snow or partially frozen. Combine this with the Japanese cedar trees on Mt. Haguro that are hundreds of years old and it is no wonder deities are worshipped here. Dig a little deeper into the forest and there is an amazing five story, 600 year old pagoda. That’s where the fun begins.

Pagodas in Japan originally marked where Buddhist artifacts were found. Today pagodas and temples are a sure sign of Buddhist influence. Mountain priests as well as regular Japanese citizens come to Mt. Haguro for religious pilgrimages. The five story pagoda hidden in the woods not far from the Haguro center bus stop marks the beginning of the religious trail. The trail is not particularly difficult if taken at a mediocre pace, but when adding the snow and chill things are more challenging.

Surely the highlight of Mt. Haguro is climbing the 2446 steps from the base to the top of the mountain. The mile or so of carved stairs winds its way through the beautiful winter landscape. You can easily imagine yourself as a mountain priest or perhaps an ancient samurai while trudging through your journey, contemplating the meaning of life. In fact, Japan’s most famous poet Matsuo Bashō also visited Mt. Haguro on his journey into Tohoku. A small detour from the trail allows you to visit an object marking where Bashō wrote one of his many poems.

There isn’t really a summit at the top of Mt. Haguro. Instead is the end of your pilgrimage: a holy shrine where the deities of Dewa Sanzan are worshipped. With the standard gift shop, prayer room, and rest stops is something more. To get the entire pilgrimage experience you can stay at the Saikan. This temple lodging is open to guests and serves vegetarian cuisine since Buddhists refrain from eating meat. 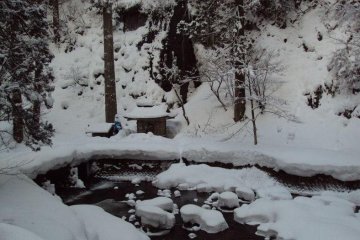 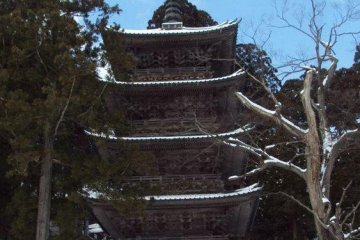 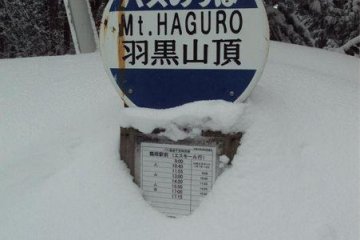 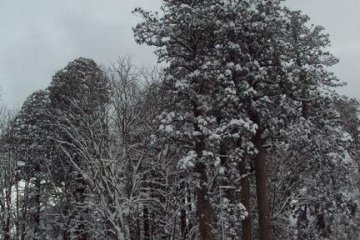 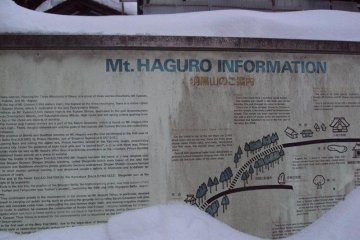 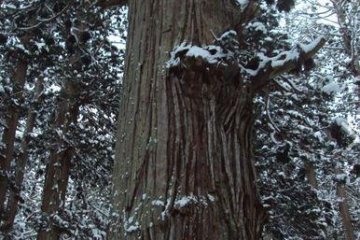 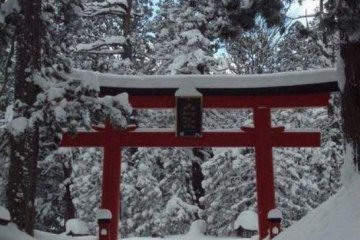 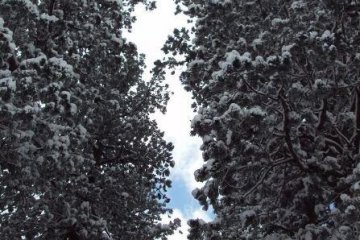 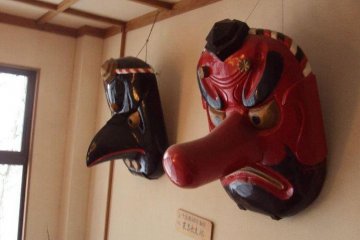 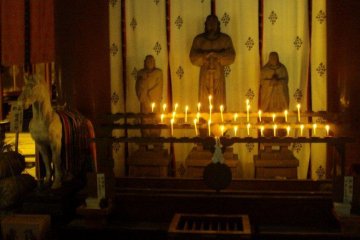