Try your hand at some traditional Japanese folk art

One warm morning in April, from Iwakuni station I boarded a train that gently wound its way along the coast on a short journey that provided striking views of the sparkling, island-dotted sea on one side and bright green rice fields on the other. The train passed through a number of ramshackle farming settlements before reaching Yanai, which I had decided to visit on a somewhat spur of the moment day trip during my travels in Yamaguchi prefecture.

Yanai is a small city with a population of just over 34,000. It has a sleepy, laid back atmosphere and as I left the station, the few people I saw out and about were either schoolchildren on their bikes or old couples strolling in the sunshine. I decided to make the most of the pleasant weather, too, and wandered beside the shallow river running through the city until I came to the Shirakabe no Machi, or ‘white-walled town’.

Dating back to the Edo period and once home to Yanai’s prosperous merchant population, the Shirakabe no Machi is a charming district of cobbled streets and small shops selling local handicrafts. As the name suggests, the buildings here are whitewashed, most of them with traditional lattice doors and paper-covered windows. This picturesque area has a number of attractions, including an old soy sauce factory and some well-preserved merchant residences. However, the main reason for my trip to Yanai was to see the goldfish.

Yes, goldfish. The whole city, but particularly the Shirakabe no Machi, is filled with them. Not real goldfish, but delicate paper lanterns that hang outside many of the houses, shops and restaurants. The story goes that, 150 years ago, some of Yanai’s merchants decided to make paper goldfish to entertain their children. They carefully stretched red-dyed tissue paper over bamboo frames, and then pasted on the large round eyes and flowing fins that make the lanterns so distinctive today.

It was after the Second World War that the lanterns really took off in popularity, and they are now designated a traditional Japanese folk art. On 13th August each year, the city comes to life when more than 2000 goldfish lanterns light up the streets in what is sometimes described as the ‘goldfish nebuta’, with a humorous nod to the famous festival in Aomori prefecture. People flock to Yanai to take part in (real) goldfish scooping contests, browse for goods at a sprawling night market held in the Shirakabe no Machi, and dance in the lantern parade. The festival culminates in a large fireworks display.

On this spring day, however, the Shirakabe no Machi was quiet. I felt like I had travelled back in time as I wandered along the narrow streets and admired the many goldfish lanterns swaying softly in the breeze. Pausing outside one shop, I noticed the door was open and something compelled me to slide it a bit further and step inside.

I found myself in a dimly lit interior, surrounded by (you guessed it) goldfish lanterns of varying sizes hanging from the ceiling. As I realised that not all of them were finished, with some lacking fins and eyes, a Japanese woman in her mid-80s emerged from the back of the shop and greeted me. She introduced herself as Masae-san, the shop owner. She pointed to the unfinished goldfish lanterns and told me that if I wanted, I could have a go at making one myself. I decided that I would indeed like to take home a goldfish of my own, and so I decided to make a medium-sized lantern.

I knelt down at a low table as Masae-san explained the various stages of the lantern-making process. With the body already prepared, I assumed that all I’d need to do would be to add the finishing touches. How difficult could it be? As it turned out, it was actually quite tricky. The paper tore easily, so I had to be very careful when sticking it down. I also had to use a thin brush to paint stripes onto the tail and fins. Masae-san looked on with amusement as I struggled to get them even, and in the end offered me a skilful helping hand with the gluing.

Whilst my goldfish dried, Masae-san brought out snacks and homemade sakura tea picked from the cherry tree in her garden. In the shop were some framed photographs of Masae-san’s late husband. In the past they had made goldfish lanterns together, but since he sadly passed away several years ago, she has run the shop on her own. She also got out some photo albums and showed me pictures of her family and her house, including her beautiful and well-kept garden. In return, I showed her some photos of my family that I had saved on my phone.

Although my Japanese is basic, and Masae-san spoke no English, we spent a wonderful hour chatting with each other through a combination of guesswork, gestures and good humour. As I left, my goldfish wrapped up in layers of bubble wrap and placed tenderly in a box, Masae-san insisted on giving me a small container of her sakura tea as a parting gift.

Thanks to the rather extravagant packaging, my goldfish lantern survived its long and bumpy journey intact and safely reached my home thousands of miles away. Whenever I look at it, it makes me smile with the memories it brings of a sunny day, sakura tea and yet another example of the great kindness and hospitality that I experienced on countless occasions whilst travelling in Japan. Masae-san, arigatou gozaimasu! 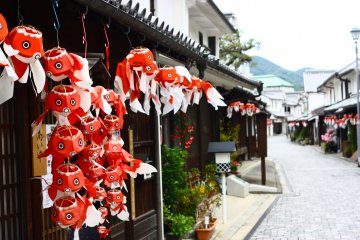 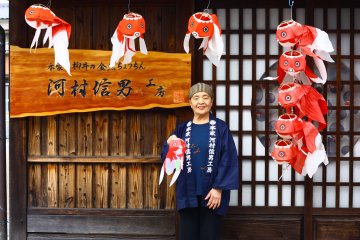 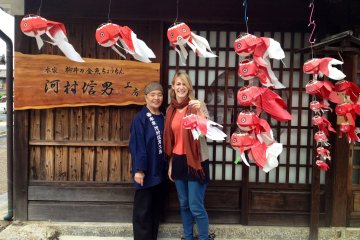 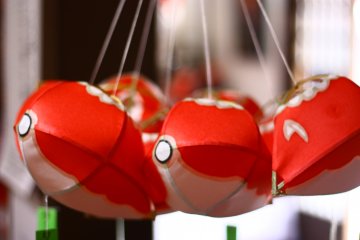 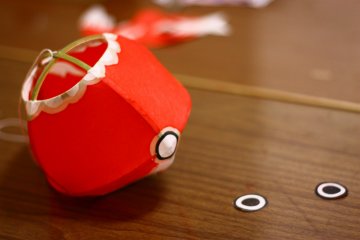 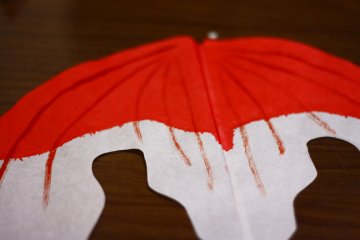 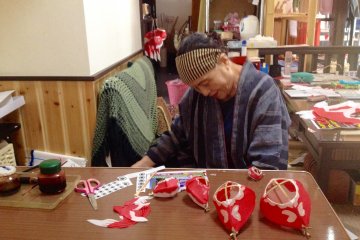 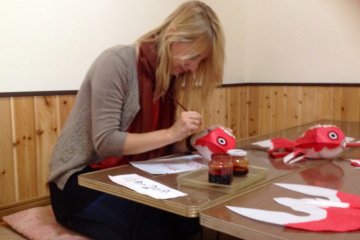 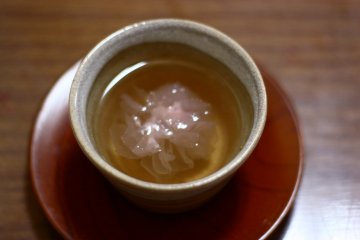 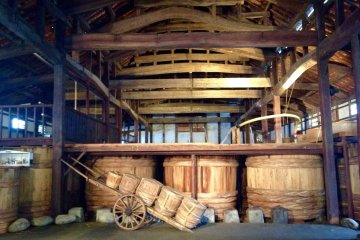 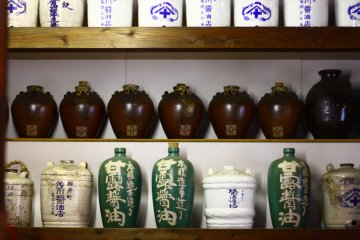 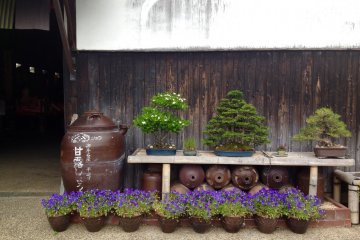 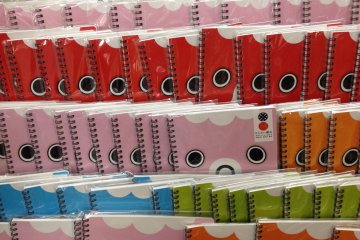 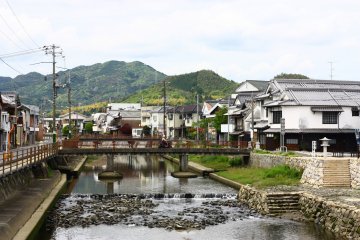